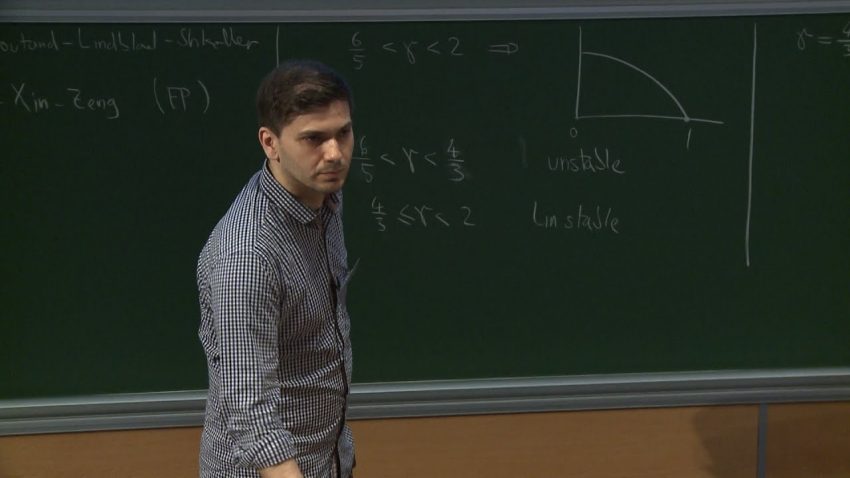 The University of Cambridge has announced the winners of one of its oldest and most prestigious prizes.

The Adams Prize is awarded jointly each year by the Faculty of Mathematics and St John’s College to UK-based researchers, under the age of 40, doing first class international research in the Mathematical Sciences.

This year’s topic was “Evolution Equations”, and the prize has been awarded jointly to Professor Mahir Hadžić and Professor Jeffrey Galkowski, both of University College London.

Prof Hadžić works on the rigorous analysis of nonlinear partial differential equations focusing mainly on inviscid compressible fluid dynamics. He has been instrumental with his collaborators (e.g. Jang) in the development and application of new tools to study the existence of global-in-time solutions (such as existence theory of expanding compressible flows) and the formation of finite-time singularities (such as finite-time gravitational collapse of stars).

Prof Galkowski applies semiclassical and microlocal analysis methods to partial differential equations in mathematical physics and has made substantial contributions to scattering theory. He has also recently introduced with Canzani the idea of `geodesic beams’ and used these to produce new spectral results in the study of the spectrum of the Laplace operator on compact Riemannian manifolds.

The Adams Prize is named after the mathematician John Couch Adams and was endowed by members of St John’s College. It is currently worth approximately £15,000. It commemorates Adams’s role in the discovery of the planet Neptune, through calculation of the discrepancies in the orbit of Uranus.