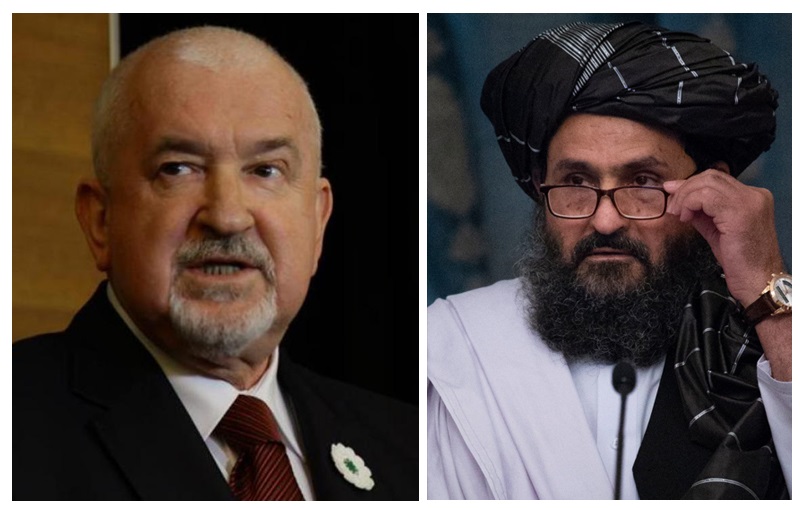 An open letter to the Taliban

I am writing you a letter because I am not in a position to tell you directly what is on my mind as I follow from Bosnia the news of your military victory in Afghanistan.

As I watch your return and entry into Kabul through the open door to the Presidential Palace, my feelings mix.

I don’t know whether to rejoice or grieve?

The joy may be that you are returning as liberators after twenty years of persecution, but the sorrow is greater that the Afghans are fleeing from you.

They are running away from your threats of Sharīʿah.

I wish your return to Kabul was like the return of Muhammad, a.s., to Mecca.

I wish you recall in the Sharīʿah, to which you like to refer, the Prophet’s message to the Quarayshes after the Fatḥ, the liberation of Mecca when he said to them: “Go, you are free.”

But instead of that universal Prophet’s message, you have threatened Afghans, especially women, that they are free within the framework of Sharīʿah.

This is not a universal but a particular Taliban message, which is not in the spirit of Sharīʿah.

Isn’t the universal Qur’anic message clear for all times and places: “There is no compulsion in religion”?

Has not Islam abolished infanticide of female children, and freed women from slavery?

Is not Heaven under the mother’s feet?

Isn’t a woman a pillar of the family?

Isn’t a woman in Islam Ḥaram, Sacred, but not to be kept in a closed cage, but to have her human, women’s rights to freedom respected.

Was not the woman, Honorable Khadija, the first Muslim woman before any man?

Why did Allah Almighty honor a woman to be the first bearer of Prophet’s mission of Islam?

Has not Islam abolished racial and tribal discrimination in such a way that the Messenger of Allah Muhammad, a.s., in his farewell speech at Arafat announced to the city of Mecca and the world (Urbi et Orbi):

– You are all children of Adam, and Adam was created from the earth. There is no advantage of an Arab over a non-Arab, nor does a non-Arab have an advantage over an Arab. Neither Black over White nor White over Black has an advantage. The only advantage of all over all is moral character.

I understand your distrust of the West, whatever that means.

But don’t forget that the same West helped you break free from the yoke of the Soviet Union.

For a long time, you were the favorites of the West – Mujahideen, Freedom Fighters!

It is pointless to discuss how you turned from your favorite Mujahideen into hated “Islamic terrorists”.

It didn’t all start by September 11, 2001, which was just a trigger for the West’s showdown with Al-Qaeda, which has imposed a misery much more on the Muslim world than on the West.

We, Muslims, know or do not know how we survived it all.

But somehow, we have survived. And now we are faceted once again with a fear of your, Taliban, return to Kabul.

I don’t know if you, Mullah Baradar, understand, but your return to the Afghan and world stage is not only yours, but also a matter for all Muslims in the world because you invoke Islam and Sharīʿah, against which there are prejudices not only in the West, but also in the Muslim world, who do not understand your narrative about Islam.

The biggest fear is that with you, Afghanistan will become a haven for rebels not only against the West but also against all regimes in the Muslim world.

I assume you have no intention of gathering any rebels around you, but keep in mind that the rebels will not leave you alone.

But most important of all I want to tell you that you, consciously or unconsciously, have been given the role of winner or loser.

You will be a winner if you survive objective and biased attacks from all sides, and mostly by Afghans, who are not convinced that you are telling them the truth, they are not sure that you are capable of organizing and running the state of Afghans.

You will be tragically loser if you do not realize in time that it is not possible to stay in power in isolation from the world, which has justified and unjustified prejudices about your attitude towards women, the right of girls and boys to comprehensive education, which will enable them to live in the natural and digital world of artificial intelligence.

I don’t know if there is anywhere in the world as much intellectual potential as Afghanistan had in the past and as it has in the present?

I am praying to Almighty Allah that this intellectual potential of Afghanistan may experience its full flowering for the benefit of Afghanistan and our Ummah.

You, Mullah Baradar, have the opportunity to make Afghanistan an oasis of wisdom and skill provided you have an open mind and an outstretched hand to all people of good will! Amen!