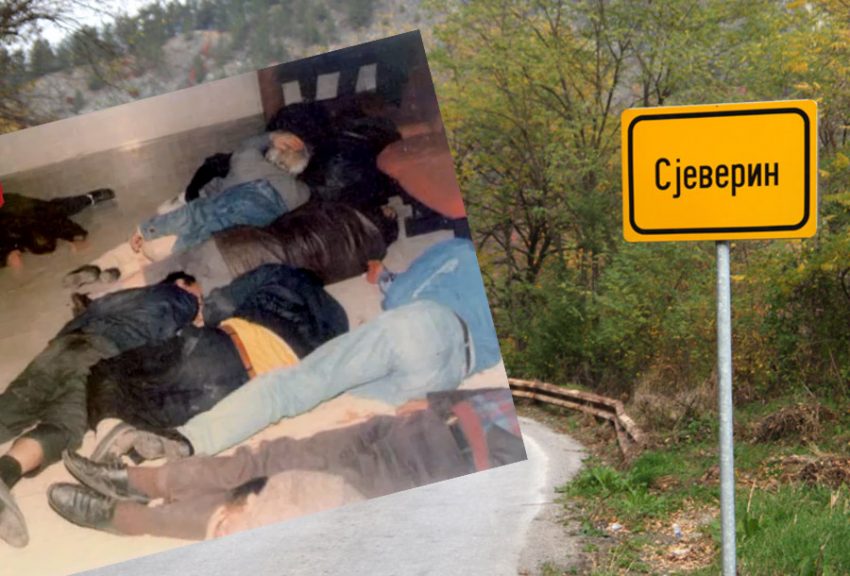 Today is the thirtieth anniversary of the kidnapping and murder of sixteen Bosniak civilians from Sjeverin (Priboj, Serbia).

On October 22, 1992, members of the Serbian paramilitary formation Avengers, commanded by Milan Lukid, kidnapped sixteen passengers from Rudo – Priboj bus in the Bosnian village of Mioče near Višegrad. Fifteen men and one woman were taken by truck to the hotel Vilina Vlas in Višegrad, where they were killed after several days of abuse, and their bodies were thrown into the Drina. The night before this event, Sabahudin Ćatovid was abducted in front of the family house. He has been missing since then. All victims were citizens of the Federal Republic of Yugoslavia. So far, the remains of only one victim (Medredin Hodžid) have been found, while the others are still missing.

For this crime were sentenced Dragutin Dragidevid, Milan Lukid and Oliver Krsmanovid to twenty years and Đorđe Ševid to fifteen years in prison. We appeal to the state of Serbia to take the necessary steps so that the victims of the Sjeverin massacre get the status of civilian war victims and to finally establish financial compensation for the families of the victims. The only correct way to deal with the war past of the 1990s is the equal treatment of all civilian victims of the war who were nothing but victims of monstrous policies that, unfortunately, are still presented to the people as the best solution. We have to get out of ethno-political frameworks and leave war-mongering policies. Only then can we talk about socio-economic transformation and a better life in these areas.