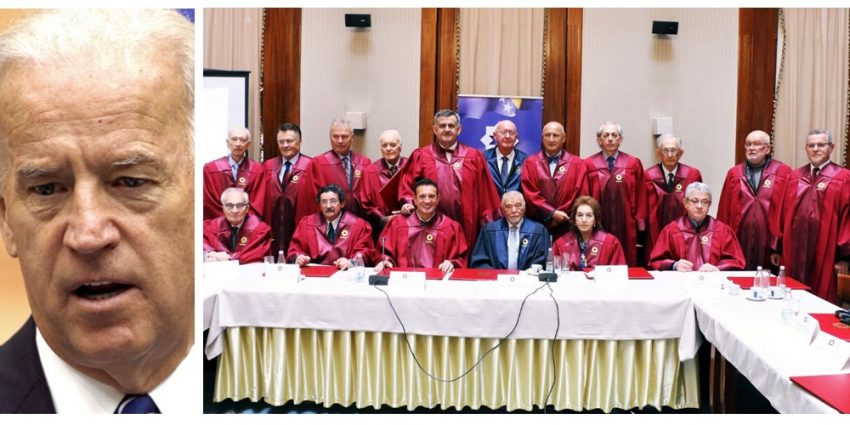 Bosnian Academy of Sciences and Arts “Kulin Ban”: An open letter to US President Joseph

President of the USA, the most powerful country in the world, Mr. Biden!

In a few days, on Sunday, November 21, it will be 26 years since the initialing of Dayton a peace agreement that stopped the war and the great suffering of all the citizens of Bosnia and Herzegovina. We are very grateful to the US government for that. Unfortunately, because of the unfortunate solutions, but, above all, because of the indisputable fact that there is one the parastate entity Republika srpska in Dayton took the form of one of two entities, which, in fact, rewarded for the horrific crimes that its parastate institutions are the military and police committed throughout the area under their control which ultimately resulted in genocide committed in and around Srebrenica – Bosnia and Herzegovina today is in great danger of disappearance, and the resumption of military conflicts is not ruled out. It is a big mistake that the then leadership and mixed delegation of Serbia and then parastate creations. It did not put the Republika srpska in a situation to explain to them that after all the crimes that were committed Rs has no right to exist. If it had been done then, you would be witnesses today, President Biden modern, prosperous and happy Bosnia and Herzegovina, as it was as long as we were Greater Serbia politics, led by Milosevic, and in the name of the project called “Greater Serbia”, did not wrap everything in black.

We can also accept that at the time of the Dayton negotiations not much was known about developments in Bosnia and Herzegovina, but since 1995, through court proceedings conducted by both Hague tribunals, the world could see what was done in the name of creating the Republika srpska. The almost complete political and military leadership of the Republika srpska has been sentenced to more than a thousand years slaves, more of them and to life sentences for horrible crimes committed: dozens thousands of non-Serb civilians killed, close to a million non-Serbs expelled from the area under the control of the army and police of RS, tens of thousands of raped Bosniaks, over 500 mass graves, almost all religious buildings of Bosnian Muslims and Catholics were destroyed (534 mosques and over 170 Catholic churches), numerous camps with such inhumane conditions and torture that Hitler would envy them, and, finally, the genocide in and around Srebrenica that was ruled by the highest court in our planet, the International Court of Justice in The Hague on February 26, 2007.

Your words from a few years ago are that there was no civil war in Bosnia and Herzegovina the planned genocide still resonates in the ears of the Bosnian man. You were not President then the most powerful countries on the planet, but today it is. Today you are able to fix the most serious a mistake that happened in Dayton, and which was acknowledged by the main creator of that agreement, Richard Holbrooke: It is the installation of the Republika Srpska as one of the two entities in Bosnia and Herzegovina. The protagonists of the Greater Serbia policy that led to the war never gave up on their goals precisely because their criminal policy was rewarded by winning the Republika Srpska. They just are reconciled for a time, while the international community was strongly present in Bosnia and Herzegovina. Today, that same policy, led by Milorad Dodik, is a great delusion the international community that brought him to power is threatening the disappearance of a thousand-year-old state creations.