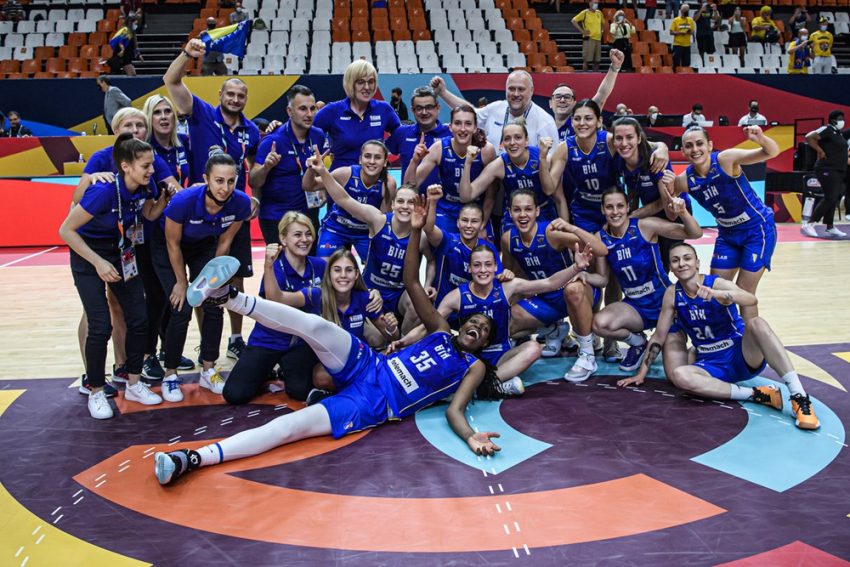 VALENCIA (Spain) – Bosnia and Herzegovina can dream of a potential debut on the global stage after making more history at the FIBA Women’s EuroBasket with a ticket to the FIBA Women’s Basketball World Cup Qualifying Tournaments.

Led by another phenomenal display from Jonquel Jones who showed out with a spectacular performance, they swept aside Sweden 82-63 to finish their memorable and landmark tournament on a high.

The center posted an incredible 34 points and 19 rebounds, plus 4 assists and that led to a staggering performance efficiency of 51. There was also another excellent contribution from Nikola Babic in the backcourt, who recorded 17 points and 7 assists.

Bosnia and Herzegovina finished the tournament with four wins, which was by far their best ever performance at the FIBA Women’s EuroBasket, since they doubled their previous best of two victories.  The margin of victory against Sweden was also their biggest ever triumph in the competition.

“The whole experience has been amazing,” said Jones.

“I have enjoyed the level of pride that all the fans and the people have shown for their country. Plus, the level of preparation and how all the games were so competitive.

“We have just went out there and have achieved way more than anybody ever expected us to as a small nation,” added the center.