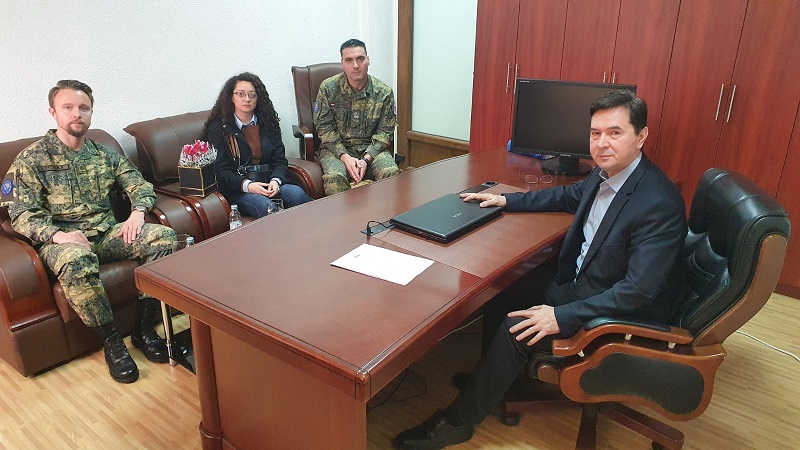 Press Release on the occasion of the meeting EUFOR representatives in BiH with the President of BOSS Mirnes Ajanović:

Today the President of the Bosnian Party, Mirnes Ajanaović, received in his office the representatives of EUFOR in BiH, the LOT Tuzla command, with whom he discussed the current security situation in BiH and the effects of the war in Ukraine. The talks focused on the prospects of strengthening peace and affirming EUFOR’s mandate as an additional guarantor of stability in Bosnia and Herzegovina, as well as the possible need to engage additional EUFOR forces in order to contribute to a safe and secure environment.
Mirnes Ajanović presented the ways of closer cooperation of EUFOR with the citizens, especially the media presentation of the EUFOR mission in BiH and their activities, since EUFOR has been working for 17 years to preserve peace in Bosnia and Herzegovina.

– All people and citizens in our country must be aware that only by joint efforts, relying on each other and opposing immoral and war-mongering policies – we can preserve peace, stability and security of the state, because there is no political option in which violating someone’s security can spare the others. The factor of reciprocity and strengthening mutual trust in the country and the world is the mainstay of the justified expectation that we will succeed in overcoming all crises, relying on cooperation with EUFOR as an additional guarantor of peacekeeping in BiH – said, among other things, Mirnes Ajanovic president of BOSS – Bosnian party.