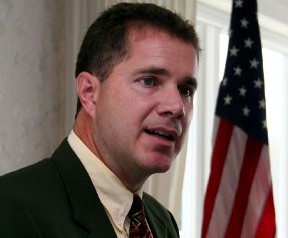 Mr. BRALEY of Iowa (Tuesday, July 29, 2008): Madam Speaker, last Friday, July 25, marked the 13th anniversary of the 1995 fall of Zepa, a United Nations-declared “safe haven” in eastern Bosnia, to the Army of Republika Srpska. I rise to commemorate the fall of Zepa today on behalf of the thousands of Bosnian Americans who live in my District, the First District of Iowa.

Zepa was a village in eastern Bosnia declared a “safe haven” in a May 1993 U.N. Security Council Resolution. This declaration was supposed to guarantee the safety of its population, but the siege of Zepa began in the summer of 1992 and lasted until the fall of the enclave in July 1995. Throughout this period, the population suffered from continuous shelling and starvation, and many Zepa residents and refugees from surrounding areas perished during the siege. After the fall of Zepa, an unknown number of Bosniak males were taken away never to be seen again, including the commander of the defense of Zepa, Avdo Palic. Thousands of others were victims of `ethnic cleansing.’

This 13th anniversary took place during the same week as the arrest of Radovan Karadzic, indicted on charges of genocide and other crimes by the U.N. war crimes tribunal in The Hague. I believe that at this time it’s very important to remember the tragedy that befell Zepa, and the lives that were lost there. It’s also important that we support the efforts of the families of the missing to learn the fate of their loved ones, and the families of those missing and killed in their search for justice. It is only with truth, justice, reconciliation, and democratic governance that a stable and prosperous Bosnia can be built.