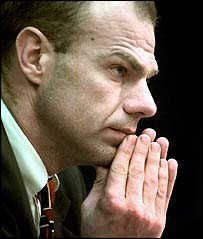 As Srebrenica approaches another sad anniversary of its betrayal and murder of much of its population, it is also relevant to recall that 10 years ago the General Assembly of the United Nations requested a report from the Secretary General on the causes and consequences of this disgrace for the UN body as well as NATO. The report that eventually was released over a year after the request confirmed international culpability, at least in terms of a failed effort to defend citizens and town which were to be protected under UN Security Council and North Atlantic Treat Council, (NATO), resolution. Since the report was issued, Srebrenica has come to new light in trials of Serbian leaders responsible for the crimes before the International Criminal Tribunal for the former Yugoslavia, (ICTY), and proceedings before the International Court of Justice, (ICJ).

Perhaps it is time to revisit the evidence surrounding the betrayal of Srebrenica, (and Zepa), and the relevance of the judicial judgments from these highest international courts? What is the obligation of the international community, particularly UN and/or NATO member states to restore Srebrenica? Is it time to update the UN report and our perspective?

Genocide Judgment
Both the ICTY and the ICJ, the two highest, relevant international courts, have ruled that Srebrenica and its people have been the victims of genocide in violation of the Treaty for the Prevention of the Crime of Genocide. However, there has been little consequence for the victims of the crime. Srebrenica remains within Republika Srpska, the entity and its leadership adjudged to have instigated, planned and executed the Srebrenica genocide, in concert with Slobodan Milosevicâ€™s Belgrade to establish a â€œGreater Serbia.â€ The Bosniak citizens of Srebrenica, some that have dared to return, still live under the authority of many of those responsible for their initial victimization. To be fair, Srebrenica residents have been provided more attention, including international security and a concentrated economic development effort. Citizens, fearful of or still traumatized to return, can participate in the election of new municipal officials based on a decree. The United States has appointed a special â€œambassador for Srebrenica.â€

The question still remains though:
– Has Srebrenica, its citizens, received the remedy due them as a consequence of the genocide judgment by the ICTY and ICJ?
– What happens after the international community leaves Bosnia & Herzegovina?
– Is the current handling of Srebrenica a sound foundation for reintegrating Bosnia & Herzegovina and establishing lasting stability?
– Is the handling of the Srebrenica â€œgenocide rulingâ€ a good precedent for other similar circumstances calling out for judicial and political remedies?

Giving Substance to Judgment: Restoring to Pre-Genocide Status
Returning Srebrenica to pre-genocide status would be the relief accorded to any other victim of such an internationally adjudicated violation. Itâ€™s not that the citizens of Srebrenica did not petition for such relief. They asked that Srebrenica be accorded the status of a special district within the sovereign state of BiH, rather than remaining within the post war newly created entity, Republika Srpska. (There is already one disputed town, Brcko that was accorded special district status, outside of both entities, Republika Srpska and the Federation of BiH, but nonetheless within the state of Bosnia & Herzegovina). However, such request, petition for relief was not adjudicated before the ICJ due to the international nature of such proceedings.

The International Court of Justice, while ruling genocide in Srebrenica, did not itself provide remedies. The case of Bosnia & Herzegovina v. Serbia and Montenegro did not proceed to the remedy stage. Since Republika Srpska is an entity within and technically a part of Bosnia & Herzegovina, the ICJ apparently was acting to the extent of its authority when not considering relief on what was presumably now an intra-national consideration.

Acquiescing to â€œGreater Serbiaâ€
This conclusion though is undermined by several factors that are unique to this case:
â€¢ Republika Srpska was acting as agent of or in concert with the neighboring state, Milosevicâ€™s Serbia & Montenegro, to slice away a huge chunk of Bosnia & Herzegovina and to effectively establish a Greater Serbia. (In fact, not only were all the military officers of the â€œRepublika Srpska Armyâ€ under the pay and authority of Belgrade, but much of the military equipment and men came from Serbia & Montenegro that sacked Srebrenica).
â€¢ Republika Srpska even now claims a â€œspecial relationshipâ€ with Belgrade, (that could be understood as another step in the establishment of a Greater Serbia, unless undertaken with all of Bosnia & Herzegovina and taking into consideration the commitments owed to areas like Srebrenica).
â€¢ The international community, through the Dayton Accords and the â€œOffice of the High Representative,â€ has been not only implementing, but frequently imposing its will and vision of what this peace and future looks like in Bosnia & Herzegovina. (The special district of Brcko was accorded its status through international arbitration).
â€¢ Most relevant to this article and discussion, Srebrenica was â€œinternationalizedâ€ by both United Nations and NATO action. While the UN Security Council swiftly moved to lift Srebrenicaâ€™s â€œsafe areaâ€ status after he Dayton Accords, this did not alleviate the responsibility to restore Srebrenica despite of or, more accurately, especially due to the initial failure to protect Srebrenica from sacking and genocide.
â€œI had instructions to sacrifice Srebrenica, Gorazde and Zepa!â€
The role of the international community in carrying out its legal obligation in defending the six â€œsafe areas,â€ and as NATO â€œprotected zones,â€ is at best dubious. (It should be highlighted that in 1993, with instructions from then President Alija Izetbegovic, I as BiHâ€™s Ambassador to the United Nations explicitly opposed the â€œsafe areaâ€ concept as both inadequate and pale substitute to confront genocide raging then throughout the country). That was one of the key instigators for the request for the United Nations report on the events surrounding Srebrenicaâ€™s betrayal and fall.

Much of the responsibility for this event has been cast upon the Dutch peacekeepers assigned to Srebrenica. A Dutch government eventually was compelled to resign as a consequence of the management of this event.

The Dutch commander and peacekeeping troops could have addressed the situation more effectively. However, the Dutch peacekeepers were neither equipped nor envisioned to fight off a well equipped and planned assault. NATO was to step in with air power and confront any assault and violation of the safe areas. The call for NATO air support came from the then Dutch Defense Minister, Jorvis Verhoover, but for reasons that deserve more inquiry, it was not honored or presented to NATO.

What could be the motive for failing to deliver on the commitment of NATO air support to the Dutch peacekeepers, and by extension, Srebrenica and its beleaguered population? It was not a simple oversight, but rather part of a scheme to deliver Srebrenica, and two other â€œsafe areasâ€ and â€œprotected zonesâ€ to Milosevicâ€™s Belgrade and the then leadership of Republika Srpska, General Ratko Mladic and Radovan Karadzic.

Ambassador Richard Holbrooke gave a hint of this motive when he said on a recorded interview in 2005 while attending the 10 year anniversary of the Dayton Accords: â€œI had instructions to sacrifice Srebrenica, Gorazde and Zepa.â€ Ambassador Holbrooke has offered varying interpretations of his statement, once confronted; however the fact remains that during my participation as Foreign Minister of Bosnia & Herzegovina during and after Dayton, Holbrooke insisted that these three â€œsafe areasâ€ had to be part of the territory of a future Republika Srpska despite their overwhelming non-Serb population at the time.

Why insist on such an arrangement?

Acquiescing to a Contiguous Greater Serbia
Milosevic was projected as the military and political power that had to be satisfied in order for a â€œpeace accordâ€ to be reached. By 1995, Milosevicâ€™s Belgrade and its proxy Republika Srpska had achieved much of their goal in eastern Bosnia with all territories ethnically cleansed of their non-Serb population, (Zvornik, Visegrad, Foca, etc), except for the enclaves of Srebrenica, Gorazde and Zepa. Belgradeâ€™s demand for an accord: these three enclaves would be delivered to Republika Srpska, presumably without their overwhelmingly non-Serb population, and enable the vision of a Greater Serbia with contiguous boundaries.

Having failed to convince the Government of the Republic of Bosnia & Herzegovina to â€œtradeâ€ Srebrenica, Zepa and Gorazde, Holbrooke and other international functionaries, â€œmediators,â€ simply gave Milosevic and Mladic a green light to assault these enclaves to create on the ground the facts necessary to achieve at least this first step in the realization of the Greater Serbia. (Iâ€™m not suggesting that the massacres that followed were part of the â€œdealâ€). Even after Srebrenica and Zepa were overrun and we began to receive evidence of mass murder, Holbrooke tried to persuade me to â€œtradeâ€ Gorazde. At that time, this request and pressure puzzled me, but it can only fit into a grander deal or acquiescence in facilitating the betrayal of Srebrenica and Zepa, (and by extension of the UN, NATO as well as the Dutch peacekeepers unaware of the deal and left holding the bag).

Srebrenica was Betrayed
A Fresh, Independent and Unadulterated Review
Srebrenica was betrayed. There is little doubt and much evidence to now support this conclusion. Much had not yet surfaced back then in 1998-2000, or it was more effectively suppressed, for obvious reasons.

Still some may question, why is this relevant now?
ï® The treachery accorded to Srebrenica was also a betrayal of multilateralism, the UN, NATO and the western democratic alliance;
ï® The future of Southeast Europe, the Balkans is still based upon a false foundation, one clouded in hidden agendas and past mistakes;
ï® Srebrenicaâ€™s status, as well as the future of Bosnia & Herzegovina, can be resolved through a more complete and unadulterated review;
ï® The ICJ also left open the opportunity for BiH to renew its genocide case versus Belgrade, for up to 10 years after the initial judgment rendered in February 2007, based upon new evidence presented.
ï® Maybe most importantly from the perspective of multilateralism and at a time when international structures have been abused for dubious reasons over the last decade, we should review the facts of this situation as well as the overall methodology to bring about accountability and absorb the relevant lessons for the future.

In the next few issues, we will evaluate the â€œinternationalizationâ€ of Srebrenica. Next, how the UN General Assembly garnered the will to demand the Srebrenica Report, and the critical activism of then Ambassador Danilo Turk of Slovenia, HRH Prince Zeid Raad and Bianca Jaeger.