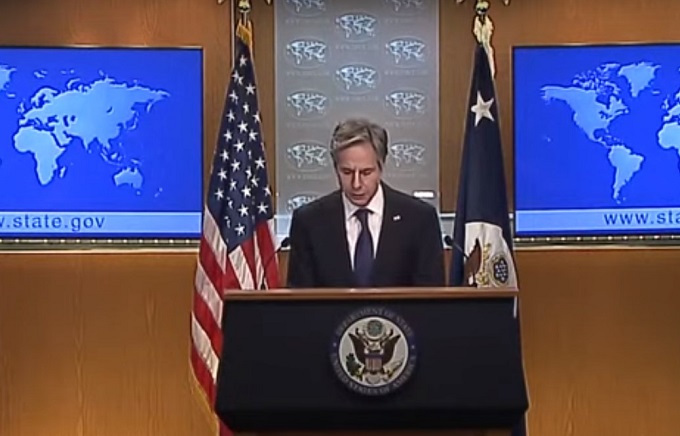 SARAJEVO – U.S. Secretary of State Antony Blinken called on Bosnia on Thursday to pursue limited changes to its constitution needed to reform the electoral system and protect the rights of all its citizens.

In a letter to the country’s three-member interethnic presidency, Blinken made clear that the United States would not push for radical overhaul of the peace deal it helped broker to end Bosnia’s war in the 1990s.

“We have seen earlier reform efforts fail in Bosnia and Herzegovina … by trying to do too much at once,” Blinken said in the letter published by the Sarajevo news portal Klix.

The United States was the key force bringing warring Serbs, Croats and Bosniaks to the same table at a U.S. Air Force base near Dayton, Ohio, to negotiate the end of the 1992-1995 war, in which about 100,000 people died and about 2 million left their homes.

Bosnia’s constitution is part of the Dayton peace accords which ended the war but has proven to be insufficient to move the country forward to membership in the European Union and NATO.

Under the deal, only Serbs, Croats and Bosniaks, regarded as so-called constituent people of Bosnia, may run for high office in elections. Minorities, such as Roma or Jews, are not eligible to run to be presidency members.

“Limited constitutional change will be necessary to reform the electoral system consistent with the requirement of the European Union membership and the rulings of the European courts,” Blinken said in the letter.

He was referring to the 2009 ruling by the European Court of Human Rights ordering Bosnia to amend the constitution to allow members of minority groups to run for high government offices, a decision which has never been implemented.

The letter is the first message to Bosnia from the administration of U.S. President Joseph Biden, who during the Bosnian war had called for lifting the arms embargo imposed on Bosniaks and warned about a risk of genocide in Srebrenica.

Many Bosniaks have hoped that Biden’s administration will become more engaged in Bosnia, where ethnic rifts have been blocking the country’s progress for years. REUTERS