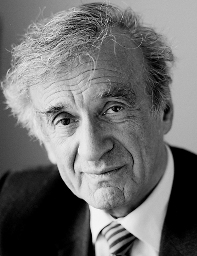 For 13 long years, we thought he was hiding out in the mountains, surrounded by bodyguards. We looked for him in underground hideouts, tracked him down in the region’s most obscure corners.

All in vain – Radovan Karadzic, the former Yugoslavia’s most infamous, most notorious fugitive, was actually a public figure. People ran into him on the street, in restaurants or at the movies; some people watched him on TV, talking about alternative health options, and no one discovered his real identity.

In fact, examining pictures of him published by the press, with his fluffy white beard and glasses, I wouldn’t have been able to unmask him myself.

And yet I had met him. If I ran into him on the street, I’d remember his face, I thought.

It was in late 1992. I had come to do research on the situation in Bosnia and Serbia. Disturbing, even revolting reports were trickling back to us. Newspapers, radio and TV stations were broadcasting horrendous images: cities bombarded, corpses lying in mass graves, massacred children, mutilated men, raped women.

Reports of odious deeds were circulating: Tuzla, Srebrenica entered the annals of crimes against humanity. The words “Auschwitz in Bosnia” were solemnly pronounced.

Faced with various governments’ nearly official indifference, I responded to Yugoslavian President Dobrica Cosic’s invitation and, with members of Ted Koppel’s “Nightline” team, headed to Belgrade, Sarajevo and Banja Luka. We met with all the leaders in the region except the leader of Croatia. Its president, Franco Tudjman, was a Holocaust denier, and I refused to shake his hand. 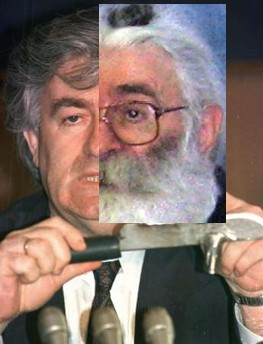 But I did talk with Slobodan Milosevic. And with Karadzic, in whose palace – a real fortress – the meeting took place. His gaze was icy, haunted, unearthly. He was the all-powerful master. Why so many executions, so many murders? Was it because of some violent mysticism, a cult of death? No. For him, it was something else: a fascination with holding absolute power over his enemies as well as his allies.

I asked him why he had had the famous Sarajevo National Library burned down. Given that he himself wanted to be known as a psychiatrist and a poet, was he afraid of books and their human and humanist truth?

Red-faced with anger, pounding the table, he claimed it was the Muslims themselves who had burned down the building from the inside.

I objected. I had seen the library in ruins: the damaged walls, the artillery scars. The building had been attacked from the outside.

No point in arguing – the pigheaded Karadzic denied it all.

The idea of creating an international tribunal was mine. One day, when I was in the office of Secretary of State Lawrence Eagleburger, we talked about the tragic situation in Bosnia. What were the options? Political, humanitarian, military?

That was when I suggested creating an international tribunal. My argument was that only indicting the killers for war crimes and crimes against humanity would frighten them. There would be no statute of limitations, and they would have to be extradited. Eagleburger thought it was a good idea and proposed it in his negotiations with the allies in the U.S. and Europe.

And yes, I think major criminals should be brought to trial before international courts in order to have a historical and also a pedagogical impact on future generations.

People might ask: How can you ever adequately punish a man who is guilty of ordering the assassination of 8,000 human beings? Good question. It seems that, by its sheer scope, the crime outweighs the punishment. And yet, these trials help our collective memory. For that reason alone, they are justified.

The shocking fact remains: Karadzic succeeded in walking free. For 13 long years. He lived without bodyguards, in Bosnian cities and villages, while local and international police and NATO agents were trying to track him down.

Whose fault was it? Who was responsible? Who were the accomplices?

Was his disguise that good, that successful? Perhaps, may God help us, beneath the killer’s mask, there was a failed actor?

Wiesel, Andrew Mellon Professor of the Humanities at Boston University, was awarded the Nobel Peace Prize in 1986. A Holocaust survivor, he was one of the leading voices to call the world’s attention to atrocities in the former Yugoslavia. This article, written exclusively for the Daily News, was translated from the French by Sharon Bowman.