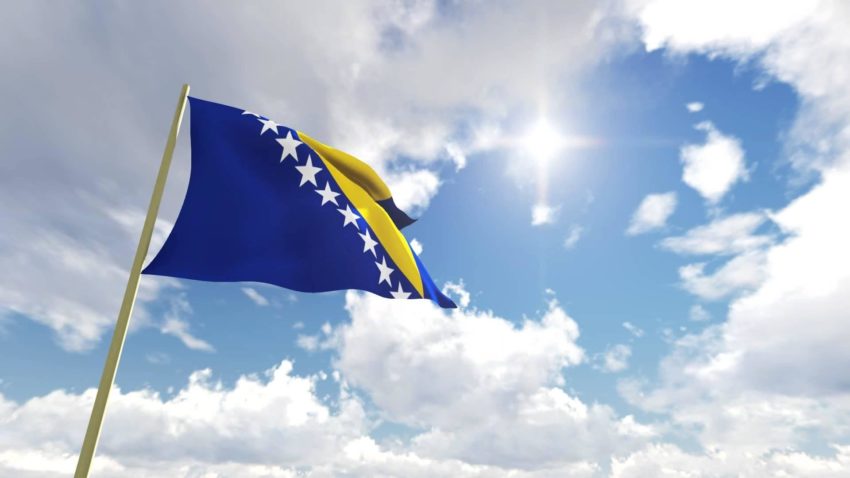 March 1, 2021 – Washington, D.C. – On the twenty-ninth anniversary of Bosnia and Herzegovina’s independence, the Advisory Council for Bosnia and Herzegovina (ACBH) wishes the people of Bosnia and Herzegovina a joyous Independence Day.
On this day in 1992, out of the 64 percent of Bosnia and Herzegovina’s constituents that voted in the independence referendum, 99.4 percent voted for independence from the Socialist Federal Republic of Yugoslavia. Since then, the country has faced some of the greatest challenges seen in Europe since World War II.
The celebrations upon Bosnia’s proclamation of independence in 1992 were cut short as conflict loomed on the horizon. When the first shots were fired in Sarajevo on April 6, 1992, the country and its citizens were launched into a war that took more than 100,000 lives and displaced over 2 million people. As the war of aggression against Bosnia and Herzegovina ensued, the Serb forces ethnically cleansed the overwhelming majority of the non-Serb population from what is now Republika Srpska – Bosnia and Herzegovina’s smaller entity. One of the final acts of brutal ethnic cleansing and genocide came on July 11, 1995 when the Bosnian town of Srebrenica, a declared United Nations safe haven, fell to the Serb military forces led by General Ratko Mladic, who commanded the slaughter of more than 8,000 Bosniak (Bosnian Muslim) men and boys.
Today, thousands individuals still remain missing, and as years pass it become less likely that they will be identified and receive the respectful burial they deserve. Thus today, ACBH not only celebrates Bosnia and Herzegovina’s independence, we also remember the innocent victims. Despite the overwhelming and indisputable evidence, the rampant denial of genocide and ethnic cleansing in Srebrenica and other sites of mass atrocity by the political leadership of Republika Srpska is unacceptable. This, coupled with widespread corruption and an alarming rise of historical revisionism greatly undermines democratic and human rights principles, and compromises the peace and security of the Bosnian people. The alarming spread of ethno-nationalism threatens Bosnia and Herzegovina’s centuries old multi-ethnic society, and does not pave way towards Euro-Atlantic integration; it only perpetuates an atmosphere of fear and hate among various ethnic groups and enforces artificial separatism.
Today, ACBH honors the people of Bosnia and Herzegovina at home and abroad as they continue to demand justice and social change, and we remain forever grateful to the United States of America and the American people for their longstanding friendship and unwavering support. As we extend our congratulations to the people of Bosnia and Herzegovina, ACBH vows to continue to work with our friends and partners on countering genocide denial, and advocating for a democratic Bosnia and Herzegovina – a country fit to serve all of its citizens.