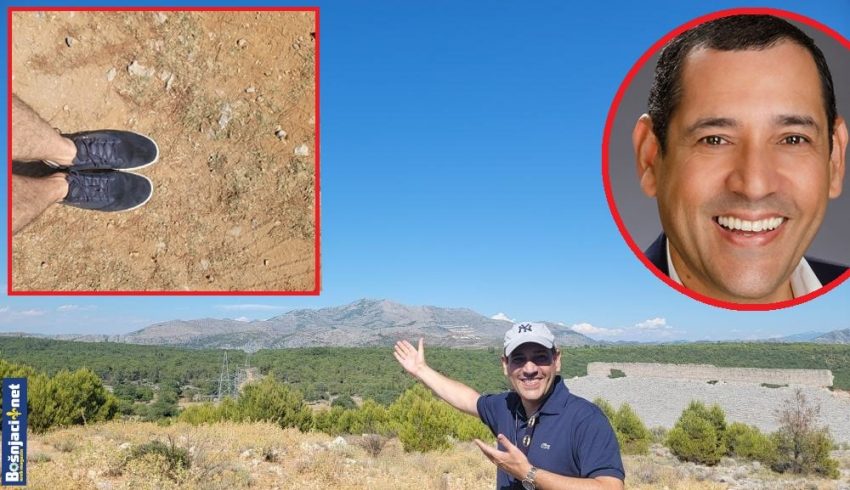 I am thinking of how to put on paper in a few words my gratitude to the man who surprised me yesterday, made me extremely happy and touched the “spirit of Bosnia” which is deeply embedded in my being. I am deliberately publishing so that my friends can read it, as well as the readers of Bosnjaci.Net / Bosniaks.net, of course, who are interested, and to understand how through sincere friendship we can encourage in others a nice and positive attitude towards themselves and the country – the homeland of Bosnia.

Namely, Dr. Tony Jimenez is a Senior Vice President at Cicatelli Assoc. Inc. / CAI Global, where we started working together some twenty years ago. That was a few years after my family moved to the USA, that is, to the city of New York. A few years after the arrival and the difficult beginning, I was lucky to meet several noble and virtuous people (Barbara, Jeanne, Kathy, Dean, Arun, Rusty, Michelle and many others…), several of them founded the mentioned organization almost five decades ago and today they safely and successfully run it, both at the business and humanitarian peak.

Along with employment, it is important for me to point out that I have gained a number of good friends. Of course Tony is one of those.

However, with the 55th birthday of Dr. Tony Jimenez, him and his wife, Paula, went on a tourist trip by boat from New York to Europe ten days ago. And so for days they have been sailing in the North Atlantic and the Mediterranean Sea, visiting important destinations, getting to know the history and civilizations and cultures that once were and are now. Two days ago, they finally “swam” in the Adriatic Sea. In that, they toured the Boka Kotorska, and after that they sailed into ancient Dubrovnik, where they had a break of about ten hours to visit the sights of this most beautiful city, not only on the Adriatic but also beyond.

Dr. Tony Jimenez, despite the program planned for groups and such tourist trips, takes a taxi and asks the driver to take him to the state territory of Bosnia and Herzegovina, just enough to take a picture and send me that out of friendship and respect, he set his feet on the soil of Bosnia, because he knows how much it means to me.

I promise, we will visit Bosnia and Herzegovina and Sandžak at the first opportunity.

Senior Vice President Tony Jimenez oversees all of the organization’s projects and capacity-building operations that help more than 20,000 participants annually. Among other things, he oversees regional training centers in New York, as well as CAI’s online instructional platform, which is funded by the New York Department of Health AIDS Institute.