In addition to the fact that the future Vice President, Joe Biden, the two more recent announcements that came from President-elect Obamaâ€™s transition team may mean some cautious optimism for the future of Bosnia. Just a few days after it was made public that Senator Hillary Clinton will become the next Secretary of State in President-elect Obamaâ€™s future Cabinet, the new announcement came from Obamaâ€™s team that Samantha Power was added to the State Departmentâ€™s Agency Review Team. This is despite the fact that Samantha Power, at the time of serving on Obamaâ€™s campaign team called Sen. Clinton a â€œmonsterâ€ who would stoop to anything to win the Democratic Party candidate nomination for Presidency[1] 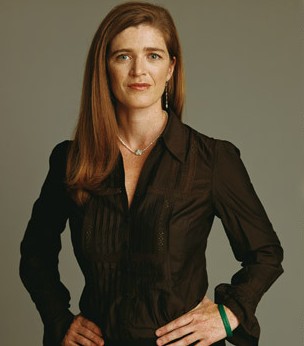 Samantha Power is extremely critical of the US government idling on the side while civilians were being killed, tortured, raped and expelled from their homes.

Samantha Power is an excellent choice and one who wrote extensively about genocide in Bosnia. She is intimately involved and knows the ins and outs of the Bosnian situation. In her 2002 book entitled â€œA Problem from Hell â€“ America and the Age of Genocide,â€ Ms. Power extensively covered the intelligence briefings and information the US Government knew about the atrocities in Bosnia. She is extremely critical of the US government idling on the side while civilians were being killed, tortured, raped and expelled from their homes.

In it she said that â€œno other atrocity campaign in the twentieth century was better monitored and understood by the US. US analysts fed their higher-ups detailed and devastating reports on Serbian war aims and tactics. [2] â€œThe main subject of Samantha Powerâ€™s observation was the US government during the Bush Senior period and its unwillingness to get involved more forcefully in preventing genocide in Bosnia. In summary â€œPresident Bush himself never paid much attention to the conflict in Bosnia. With no regret, Bushâ€™s administration would have never gotten involved regardless of how may Bosnians were killed. [3] Instead of helping Bosnia, President Bush Sr. sent troops to Somalia to show that he cared for Muslims, but for all the wrong reasons. Samantha concludes that Serbian actions in Bosnia are on the level of genocide.

In her more recent book, entitled â€œChasing the Flame,â€ a story about Sergio Vieira de Mello, she writes with a critical eye on the role of at the time United Nations High Commissioner for Bosnia and his role in attempt to negotiate food deliveries Radovan Karadzic. The efforts of Mr. Vieira de Mello to negotiate an end to the slaughter in Bosnia as it is known have failed. Again, Samantha Power provides a vivid insight in the Bosnian war this time from the view point of the United Nations carrier diplomat, which Sergio was.
These two new additions to the Obamaâ€™s team are welcome news for Bosnia and Herzegovina.