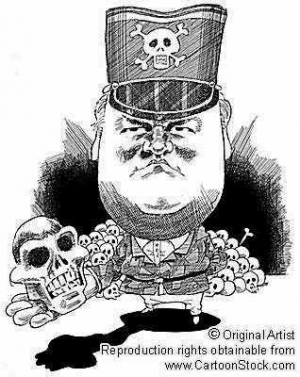 Fugitive Ratko Mladic cannot remain free for much longer given continuous search efforts, the head of the Serbian National Council for Cooperation with the Hague Tribunal, Rasim Ljajic, says.

He could be arrested soon, as it is impossible for him to escape from the best domestic officers and foreign intelligence agents, Ljajic told Serbia’s B92 television station.

The former Bosnian Serb military leader has been indicted by the Hague-based International Criminal Tribunal for the former Yugoslavia, ICTY, for acts of genocide committed in ten Bosnian cities. He also faces charges of crimes against humanity and war crimes for an attack on the UN-declared safe area of Srebrenica in July 1995.

Following the arrest of former Bosnian Serb political leader Radovan Karadzic in July 2008, Mladic and the former head of the breakaway Croatian Serb republic, Goran Hadzic, are the only fugitives still on the run.

According to Ljajic, the last search operation for Mladic was conducted last week.

He added that the search for Mladic and Hadzic is taking an economic toll on Serbia, with the Netherlands likely to continue blocking Serbia’s EU integration over the issue.

Ljajic told the Serbian news agency Beta earlier that the search operations are costing Serbia at least â‚¬30,000 per day.