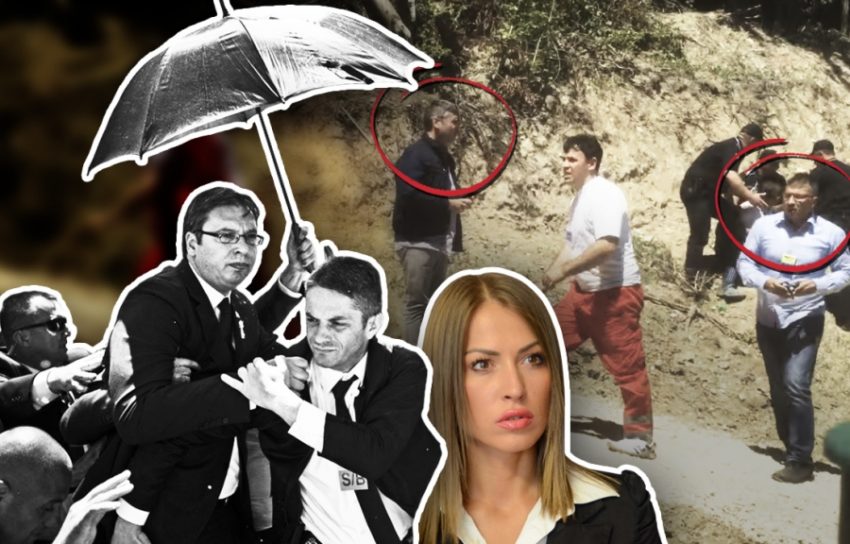 The Serbian Administrative Court has ruled that the Serbian Interior Ministry’s disciplinary commission must reconsider the dismissal of policeman Mladen Trbovic, who has been accused of disclosing official secrets by talking to media about an undercover assignment, July 11, 2015, at the anniversary commemoration of the Genocide in Srebrenica.
Trbovic was fired in October 2016 for a “serious breach of official duty” for allegedly not going to work for four days.
But his trade union has claimed that he was actually dismissed for revealing that he and his colleagues were illegally deployed to Bosnia and Herzegovina in July 2015 when then Prime Minister Aleksandar Vucic visited the Srebrenica commemoration.
Trbovic sued the police over his sacking and the Administrative Court ruled that the dismissal violated the law. Its decision was made on May 4 but was only made public by Trbovic’s trade union on Friday.
Trbovic and his colleague Milan Dumanovic told Al Jazeera Balkans in October 2016 that they were among 18 police officers sent to Srebrenica to secretly film the commemoration ceremony.
They said they believed the deployment was unlawful because Bosnia and Herzegovina was not told that they were working as policemen at the ceremony.
That year’s commemoration marked the 20th anniversary of the Srebrenica genocide. Some angry mourners pelted Vucic with stones and water bottles and he was forced to flee.
Trbovic and Dumanovic were arrested in December 2016 and both were fired from the police. They are still on trial for “disclosure of an official secret”.
Police trade union Sloga (Unanimity), which represented Trbovic in the case at the Administrative Court, claimed that the disciplinary procedures against him and Dumanovic were launched in revenge for the revelations.
“Instead of protecting these colleagues as whistleblowers, they were removed from the service as the worst criminals, and criminal charges were filed against them,” Sloga said in a press release on Monday.
The Serbian authorities do not recognise the genocide of more than 8,000 Bosniaks from Srebrenica in July 1995 by Bosnian Serb forces and police as genocide, despite the rulings of international courts.