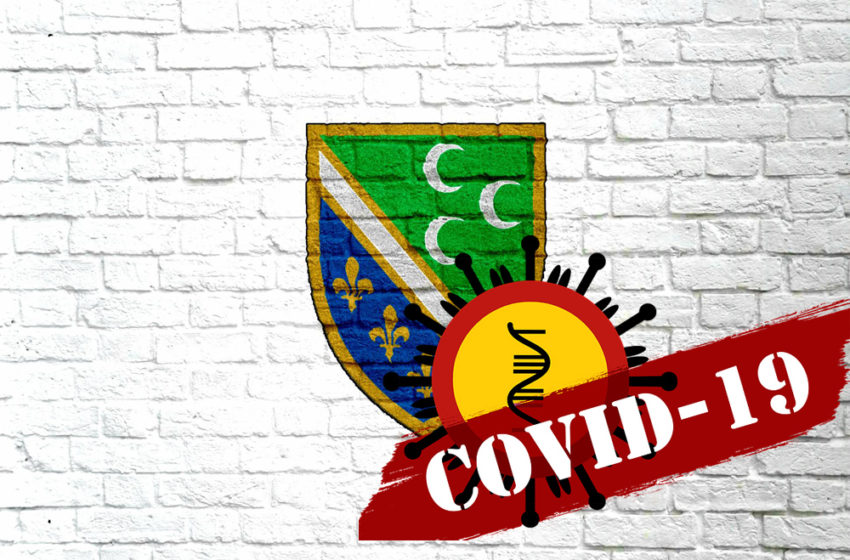 Ignored by the Serbian government, Muslims living in the Sandzak region are left hoping for help from Turkey or Bosnia to combat the COVID-19 pandemic outburst

Serbia’s part of the Sandzak region, home to a population of over 250,000 people, and populated mainly by Muslims, is struggling to manage the pandemic on its own. Faced by a chronic shortage of hospital capacity, the current outburst of the COVID-19 epidemic collapsed their local public health care system. The Serbian regime denies the crisis and instead is trying to mitigate the problem through a PR campaign of denial.

Speaking to the media, Nusreta Brunčević of the “Svetionik” Association stated that the city of Novi Pazar (Novi Bazar) and Tutin are facing bed shortages in their small intensive care units.

Brunčević said that their only hope now is that the Republic of Turkey will manage to deliver recently promised medical aid.  Although COVID-19 is spreading throughout the world, the situation in the Balkan region of Sandzak due to the lack of public health infrastructure, is particularly devastating.

“The epidemic has now spread widely, especially in Novi Pazar, and there are many patients and deaths. There is no place in the hospitals; patients are laying on sheets on nearby fields; there are no doctors and nurses, and since there is not enough personal protective equipment, many of the medical workers have been infected and are now sick of coronavirus themselves,” Brunčević said. “This is why we hope that the Republic of Turkey and the Serbian state authorities, help us urgently. We need your help very much. We need doctors, we need equipment. We have a public health crisis now,” she pleaded.

To make things even worse, the shortages of proper equipment and PPE are leaving doctors, nurses and other frontline workers dangerously ill-equipped to care for COVID-19 patients in Sandžak. Now, more than 20 of doctors and nurses in Novi Pazar are sick, leaving hospitals dangerously short-staffed.

Furthermore, according to Dr. Dino Mustafić of Novi Pazar, there is a shortage of medicine and oxygen for hospitalized patients. He also notes that the local medical staff is heroically trying to help all of the ill patients, and are working double shifts because of the workers shortage. The situation is desperate and panic is slowly sinking in among the people.

Tutin is critical and other towns of Sandzak

The media throughout the region has also reported on the fate of the Suljović family from Tutin, which was hit hard by a severe tragedy. The father, mother and daughter all passed away, in just a three day time span, and the two sons are still in critical condition. This was confirmed to the media by epidemiologist Mithat Eminović from the local health center.

“They did not die in the hospital, so their names did not enter the COVID-19 database”, explains Dr. Eminović.

“They are the family of our colleague, so we know for sure that they had symptoms of COVID-19. The situation in Tutin is difficult. An explosion of infection occurred after the state of emergency was lifted. This is evidenced by the fact that we did as many as 900 lung scans. There is an additional huge number of people who have symptoms,” said Eminović.

In fact, Eminović said that they do not even know how many patients there are in the town and added:

“We don’t have any respirators in Tutin. We only have a makeshift COVID-clinic with only X-rays, laboratory diagnostics and serological tests. We do not do PCR tests, so we cannot determine whether our patients are infected with COVID-19, because most serological tests are usually negative in patients. That is why we treat these people as negative and send them to home isolation, without really knowing whether they are sick or not.”

According to the number of inhabitants, Tutin has the largest number of infected people in Serbia.

So far the Serbian government has remained quiet about the problem, and until yesterday, public health measures to prevent the spread of the virus were significantly scaled down to allow political rallies and mass gatherings for an election held last week. These Serbian elections were by and large boycotted by the Serbian opposition, but not by Sandžak’s Bosniak political parties. As explained by a local activist, those parties could not afford to boycott the election, becuse they would lose complete control over their local affairs and would be in a very dangerous situation. Due to such political maneuvering, campaigns were organized to encourage local participation, while the Serbian government failed to act to postpone the elections or prevent mass gatherings. Now, while the pandemic is raging in the Sandžak’s towns of Novi Pazar, Tutin, Sjenica, the government is denying that there is even a crisis and further repudiates any of its own responsibility for it.

While Serbian officials explain that there are no problems in hospitals, the images and videos circulated by social media and taken by the relatives of the patients on mobile phones, show that people are laying on the stretchers in the corridors, as there is no room for the patients, and people infected by the virus are placed together with pregnant women and other patients.

Now the Muslims of Sandžak’s only hope is the promised help from the Turkish government. President Recep Tayyip Erdoğan personally promised that the Republic of Turkey would deliver a mobile hospital with medical doctors and the capacity of 100 beds for COVID-19 patients. The much needed help is now waiting for the approval of Serbian government to be delivered to Novi Pazar. Thus far, the Serbian government refused to grant permission for doctors’ from neighboring Bosnia to come to aid the people of Sandžak.

The region of Sandžak that used to be part of Bosnia has historically been long neglected by the Serbian government for the past century, since they took it over after the collapse of the Ottoman Empire. It was a deliberate policy meant to force the native Muslim population to emigrate away from the strategic region. Over the years and through the 1970s, millions of Muslims from Sandžak left for Turkey, while some remaining emigrated to Western Europe after the 1970s. The historic region is squeezed between the NATO member states of Montenegro and the non-NATO member states of Serbia, Bosnia, Kosovo and Albania. The strategic region, now divided and ruled by Serbia and Montenegro, is now home to over 500,000 predominantly Muslim people.