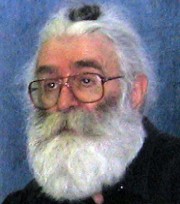 Former Bosnian Serb political leader, who spent past thirteen years as one of the most wanted fugitives from international justice, was transferred this morning to the UN Detention Unit. Chief prosecutor Brammertz will address the press today at noon. Karadzic will most likely be brought before a Tribunal judge tomorrow

Thirteen years after being indicted for genocide and other war crimes in BH, Radovan Karadzic was transferred to the Tribunalâ€™s Detention Unit in The Hague. The transfer was completed this morning, a few minutes before 8 am. Dozens of journalists and TV cameramen from all over the world waited as the former Bosnian Serb political leader, one of the most wanted fugitives from international justice, arrived to the UN Detention Unit in Scheveningen.

Confusion about his departure from Belgrade last night continued this morning in The Hague. Soon after 7am two police vans passed the gate of the largest and oldest Dutch prison with lights and sirens. The Dutch TV then reported that Karadzic was in detention. However, the journalists and cameramen remained waiting in front of the prison, because Karadzic was expected to be transferred from Rotterdam airport, where he was flown in a Serbian government plane, by a helicopter to The Hague. Their patience was rewarded when two police helicopters flew in from the direction of Rotterdam. One hovered above the prison, and the other helicopter swooped in behind the prison walls.

Almost simultaneously, the Tribunal issued its official press release, confirming Karadzicâ€™s transfer to the detention unit. The statement listed charges against Karadzic and indicated that the date of Karadzicâ€™s initial appearance will be announced later. The prosecution remained silent this morning following Karadzicâ€™s transfer, apart from announcing Chief Prosecutor Serge Brammertz would address the press today at noon.

Karadzic will probably appear for the first time before a Tribunal judge on Thursday, 31 July. He will be offered to choose when to enter his plea. He can do it immediately or within a 30-day period. Karadzicâ€™s Belgrade attorney has already indicated Karadzic would postpone his plea.

Eleven counts in the current indictment charge Radovan Karadzic with genocide and complicity in genocide, extermination, murder, willful killing, persecution of Bosnian Muslims and Croats on political, racial and religious grounds, deportation, forcible transfer and other inhumane acts, unlawfully inflicting terror upon civilian population by a campaign of artillery and sniper attacks in Sarajevo, and taking of hostages and using them as â€˜human shieldâ€™.

In the course of the past twelve years, evidence was called before the Tribunal on almost all of these counts â€“ from the first trial for the crimes in Prijedor to the current trial for genocide in Srebrenica â€“ at the trials of direct perpetrators of such crimes or at the trials of Karadzicâ€™s associates such as Momcilo Krajisnik, Radovan Brdjanin or Miomir Stakic. Biljana Plavsic, Karadzicâ€™s successor as the president of Republika Srpska, pleaded guilty before the Tribunal on charges of persecution on political, racial and religious grounds. Plavsic is currently serving her 11-year sentence in a Swedish prison.

In the past twelve years, the Tribunal has tried and judged persons responsible for crimes in the notorious camps in Omarska, Keraterm and Trnopolje in the Prijedor area, for the murders in Visegrad and Brcko, for rapes in Foca, for the wanton shelling of Sarajevo and sniper terror campaigns against the civilians, for the brutal ethnic cleansing of Bosnian Krajina and wanton destruction of towns and villages throughout BH, and finally, for genocide in Srebrenica. Karadzicâ€™s name and the role he played in those crimes were mentioned at every one of those trials, and in every judgment for the crimes in BH. The only allegation in the indictment against Karadzic not yet mentioned before the Tribunal is taking several hundreds UN staff as hostages and using them as human shields in May 1995.

This indictment will most probably be amended in the weeks or months to come in order to bring it in line with the jurisprudence regarding the form of criminal responsibility and new evidence the prosecution has obtained in the meantime. This means that Karadzic could be in court again to enter his plea on the new, amended indictment this autumn.