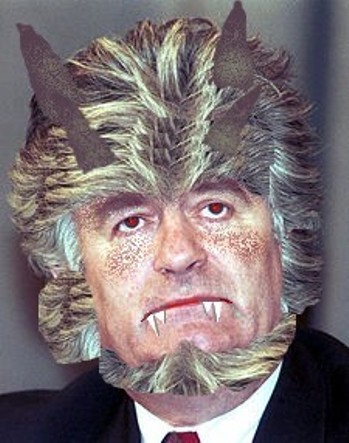 At a status conference the Trial Chamber of the Hague Tribunal decides the trial of Radovan Karadzic will begin on October 21, when the Prosecution will present introductory arguments.

The Chamber has, however, noted that the indictee’s motion for postponement of his trial by ten months is currently being considered by the Appellate Chamber of the International Criminal Tribunal for former Yugoslavia, ICTY, adding that “the trial beginning date will be changed only if the Appellate Chamber renders an explicit decision to that effect.”

Karadzic asked the Chamber to let him have two days, like the Prosecution, for presentation of introductory arguments. The Court will render a decision on this at a later stage.

The Hague Prosecution charges Radovan Karadzic, former President of Republika Srpska, with crimes committed in Bosnia and Herzegovina between 1992 and 1995.

Karadzic is charged with genocide committed in Srebrenica and ten other Bosnian municipalities, as well as crimes committed in 27 municipalities and
the “sniper campaign and shelling of Sarajevo”. He was arrested in Serbia on July 21, 2008, and extradited to the Hague Tribunal.

At a status conference in September this year the Trial Chamber announced that Karadzic’s trial might begin on October 16. The indictee objected, claiming that he needed 10 more months to prepare for the trial due to “its scope”.

At this status conference the Trial Chamber did not reiterate its demand that the Prosecution further reduce the indictment.

“The Trial Chamber points out that the most important issue is to ensure a fair trial for the indictee, prosecution and victims, and make sure that justice can be fulfilled. Considering various proposals presented by the Prosecution and the time consumption estimates, we grant a total of 300 hours to the Prosecution during which it is due to complete the case as per its own choice,” judge O-Gon Kwon said.

The Chamber ordered the Prosecution to submit to the Court and Karadzic, by October 19 this year, “the revised indictment”, including “all counts that will be tackled during the time allocated for the Prosecution, so that the indictee may know exactly which counts are still valid”.

Following the last status conference the Prosecution rejected the Trial Chamber’s proposal to reduce further the indictment against Karadzic, claiming that it would “compromise the entire prosecution’s case”. In his response, Karadzic said this was an act of “political cowardice” by the Prosecution, calling on the Court to reduce the indictment.

At this status conference the participants discussed the status of Peter Robinson, Karadzic’s legal advisor. Karadzic asked for him to be “present in court and address the Court in order to manage the defence in a more efficient manner” during the trial.

The Prosecution objected to this proposal, claiming it would “cause confusion in terms of the defence”, adding that it was necessary to say precisely who would lead the defence team.

“I can see fear from me and Robinson acting together. It pleases me. However, the fact is that the other party has more than one person addressing the Court. In any case, I can verbalize what Robinson is going to tell me. I lead the entire defence and I shall never let anybody else do it instead of me,” Karadzic said.

Karadzic called on the Trial Chamber to render a decision concerning the possibility for him to examine witnesses in relation to the alleged participation of “the international community in the war conducted in Bosnia and Herzegovina”.

“Those suing me must be the subject of my examination in terms of credibility and their interests. I am sued by a group of big countries, which call themselves the international community and the United Nations. I should have an opportunity to prove, during the course of the examinations, that the UN and UNPROFOR were misused during the war. They participated and conditioned our actions. We faced challenges, which endangered our survival,” Karadzic said.