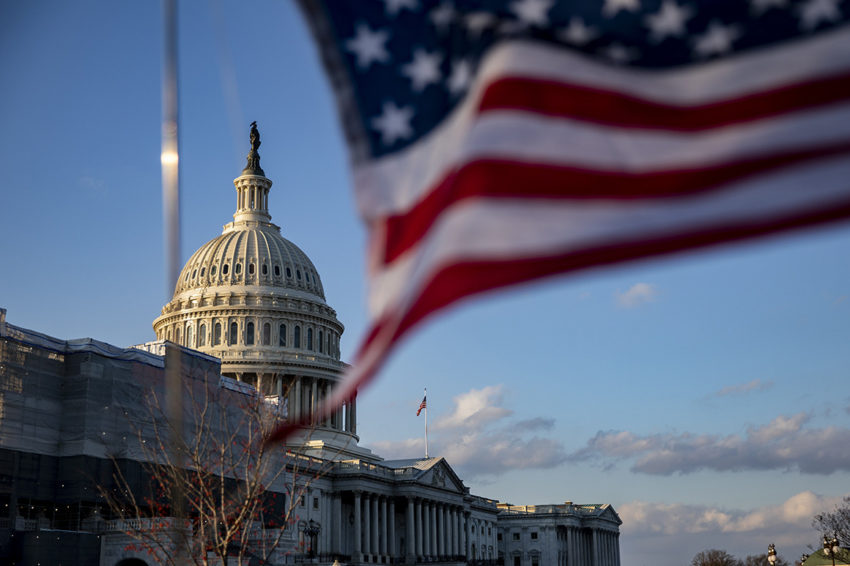 WASHINGTON, DC – Today, U.S. Senators Rob Portman (R-OH) and Sherrod Brown (D-OH) introduced a bipartisan resolution to recognize the 25th anniversary of the Dayton Peace Accords that ended the war in Bosnia and Herzegovina. Bosnian Serbs used concentration camps as a tool against Muslim men, women and children, culminating in a genocide in July of 1995, where some 8,000 Muslim men and teenagers were detained and killed. Following airstrikes led by the United States and the North Atlantic Trade Organization (NATO), a ceasefire was initiated and peace accord negotiation began on November 1st, 1995 at Wright-Patterson Air Force Base in Dayton, Ohio. U.S. Representative Mike Turner (R-OH) is introducing companion legislation in the House of Representatives.

“We must never forget the human rights abuses committed during the war in Bosnia and Herzegovina,” said Portman.

“This important resolution commemorates the 25th anniversary of the Dayton Peace Accords that ended the war.  I’m proud that Wright-Patterson Air Force Base was the site of the peace negotiations that brought an end to this deadly conflict, allowing the people of Bosnia and Herzegovina to work in partnership with the international community towards building a peaceful and democratic society based on the rule of law, respect for human rights, and a free-market economy.”

“The Dayton Peace Accord negotiated at the Wright-Patterson Air Force Base put an end to a war between Bosnia and Herzegovina that resulted from brutally violent religious persecution and genocide against thousands of Muslim men, women, and children 25 years ago,” said Brown.  “This bipartisan resolution not only commemorates the brave servicemembers who brought about peace through diplomacy, but also as a reminder we must always fight back against religious bigotry.”

“I had the privilege of being the Mayor of Dayton when the Dayton Peace Accords were decided. Over the course of the peace negotiations, the Dayton community and I were able to lean into the history and significance of this watershed agreement. For months, we opened our community to Bosnian, Serbian, and Croatian diplomats and prayed for their peace,” said Turner.  “I am happy that Congress is formally recognizing the 25th anniversary of this important event in Dayton history and world history.” </i>

Text of the Senate resolution can be found here and below:
Recognizing the 25th anniversary of the Dayton Peace Accords.

Whereas ethnic cleansing and concentration camps were used as a tool of war against Bosnian Muslim men, women, and children, culminating in the July 1995 genocide at Srebrenica, where 8,000 Muslim men and teenagers were detained and killed;

Whereas the North Atlantic Treaty Organization (NATO) and the United States initiated airstrikes against Bosnian Serbs to stop grave human rights abuses, which led to ceasefire negotiations and the peace accords;

Whereas negotiations began on November 1, 1995, in Dayton, Ohio, at Wright-Patterson Air Force Base, led by then-negotiator Richard Holbrooke and then-Secretary of State Warren Christopher, with Chairman of the Presidency of Bosnia and Herzegovina Alija Izetbegovic1, President of the Republic of Serbia Slobodan Milos5evic1, President of the Republic of Croatia Franjo Tudjman, European Union Special Representative Carl Bildt, First Deputy Foreign Minister of Russia Igor Ivanov, and representatives from the United Kingdom, France, Germany, and Italy;

Whereas, after days of extensive discussions, a historic peace agreement was signed on December 14, 1995, to halt the conflict and bring peace to the region;

Whereas, despite seemingly insurmountable differences in opinions, the negotiations succeeded due to dedicated foreign service professionals, a common yearning for a peaceful resolution, and an outpouring of support from the global community;

Whereas the General Framework Agreement for Peace in Bosnia and Herzegovina, also known as the Dayton Peace Accords, laid the groundwork for NATO and European Union (EU) stabilization missions over the past 25 years, which have allowed the citizens of Bosnia and Herzegovina to live peacefully and prosper;

Whereas the Dayton Literary Peace Prize, established in 2006, remains the only literary peace prize awarded in the United States and recognizes the power of the written word to promote peace, and after the death of Ambassador Holbrooke in 2011, the Lifetime Achievement Award was renamed the Richard C. Holbrooke Distinguished Achievement Award;

Whereas the peace negotiations were strongly supported by the City of Dayton, Ohio, its leaders, and community, creating strong relationships between all parties involved, including a sister city relationship with Sarajevo;

Whereas, since the signing of the Dayton Peace Accords, the Government and people of Bosnia and Herzegovina have been working in partnership with the international community towards building a peaceful and democratic society based on the rule of law, respect for human rights, and a free-market economy: Now, therefore, be it

Resolved, That the Senate—

(1) condemns human rights abuses that took place during the conflict in Bosnia and Herzegovina, and reconfirms the joint United States and EU commitment to promote and protect human rights, democracy, and the rule of law worldwide;

(2) commends the commitment of the Government and people of Bosnia and Herzegovina to peace and cooperation 25 years after the Dayton Peace Accords;

(3) encourages the Government of Bosnia and Herzegovina to continue pursuing NATO and EU membership;

(4) encourages the Government of Bosnia and Herzegovina to continue its progress towards solving its constitutional issues and improving its economic policy as it advances towards NATO and EU memberships;

(5) reiterates the importance of the Dayton Peace Accords as the basis of constitutional reform in Bosnia and Herzegovina and the promotion of political, economic, legal, and religious equality through the goals and values laid out by the EU;

(6) urges the Government of Bosnia and Herzegovina to pursue constitutional reforms, needed to reconcile the past to seek empathy and respect as foundations to build a common future;

(7) urges the United States Government to work closely with the governments of the countries that border Bosnia and Herzegovina—especially those who are signatories of the Dayton Peace Accords—to support full implementation of the Stabilization and Association Agreement between the EU and the Balkan States, which requires regional cooperation; and

(8) recognizes the State of Ohio and the greater Dayton community for their role in fostering the Dayton Peace Accords, and for continuing to support diplomacy, security, and peace around the world.