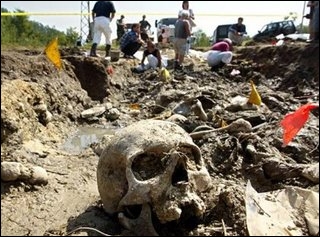 The Congress of North American Bosniaks (CNAB) welcomes the decision of the European Parliament to adopt the Resolution about Srebrenica after being urged by the
Association of â€œMothers from the enclaves Srebrenica and Å½epa.â€ This Resolution urges Union members as well as Western Balkan states to commemorate July 11 in the future as a day of remembrance of the Srebrenica genocide. Only through truth, justice, and repentance is reconciliation achievable. With this act, Europe has recognized what
Happened in Srebrenica, admitted its part of the guilt and repented. The creators of the genocide should do the same.
CNAB formally requests the Bosnian government to also condemn genocide in Srebrenica and other crimes against Bosniaks by issuing a statement in this regard.
There is a need to remember the crime of genocide committed not only in Srebrenica, but also in the whole Bosnia. Victims must not be forgotten, and those responsible for genocide in Srebrenica and other crimes in Bosnia must face punishment for their crimes. The leadership of the so called Republika Srpska in Bosnia has not acknowledged the victims of the aggression and genocide in Bosnia and would be advised to follow the lead of the European Parliament and their Resolution about Srebrenica.

For CNAB
Haris AlibaÅ¡iÄ‡
Vice president and spokesperson for CNAB