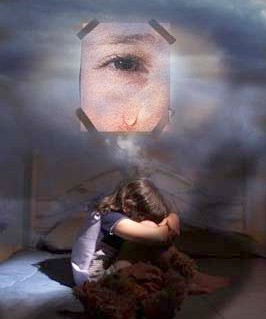 Amnesty International calls on to the Prosecution of Bosnia and Herzegovina to open an investigation into allegations of rape committed by the Lukic cousins in Visegrad.

Following the conviction for crimes in Visegrad, which saw Milan Lukic sentenced to life in prison, and Sredoje Lukic to 30 years, Amnesty International has called on the State Prosecution to open an investigation into allegations of rape committed by the two cousins in this part of Eastern Bosnia.

“The conviction of Milan and Sredoje Lukic for war crimes and crimes against humanity brings justice for the killing of scores of people during the war in Bosnia and Herzegovina but ignores the suffering of victims of sexual violence. Amnesty International deeply regrets that the Prosecutor failed to investigate war crimes and crimes against humanity of sexual violence, including rape”, said an Amnesty International press release titled “No justice for rape victims”.

On July 20, the International Criminal Tribunal for the former Yugoslavia (ICTY) convicted Milan and Sredoje Lukic of murder, persecution, extermination, and torture – committed between 1992 and 1994 in the Visegrad area.

The Prosecution charged that Milan Lukic was leader of the paramilitary group known as the “Beli Orlovi” (White Eagles) or “Osvetnici” (Avengers), while Sredoje was a policeman in Visegrad, and a member of the “Beli Orlovi” group.

For years, Visegrad victims have called on the Hague Prosecution to indict Milan Lukic for numerous rapes committed in this city, among other places, in “Vilina Vlas” hotel. (See: Visegrad Rape Victimes Say Their Cries Go Unheard).

“The raped women of Visegrad deserve justice too. Those responsible for these crimes should also be held to account. Over a decade after the war, these women are forced to live with the memories of their suffering without being able to receive acknowledgement and compensation”, said Nicola Duckworth, Europe and Central Asia Programme Director at Amnesty International.

During the reading of the Lukic cousins’ verdict, Judge Patrick Robinson said there had been “many pieces of evidence pertaining to other crimes which include rape”, however, since the Lukic cousins were not indicted for those crimes, “the Chamber did not determine their guilt for them”.

“The evidence shows that a group of about 70 Bosniak civilians were brought by a group of armed Serbs to the house of Jusuf Memic, where they were robbed while being threatened by armed men. Women were stripped to their bare skin. After that they took several women, who upon return said they were raped. The evidence indicates that Milan Lukic was in the house of Jusuf Memic and took things from victims. He was armed, while people were being stripped bare. He participated in taking women from the house, who, as they said, were raped”, said Robinson.

Amnesty International notes that credible evidence of the abduction of young women who were subsequently held and subjected to rape and other crimes of sexual violence at the Vilina Vlas hotel near Vi?egrad has been gathered by the Tribunal and the State Court of Bosnia and Herzegovina which points to the alleged responsibility of the Lukic cousins for rape and other crimes of sexual violence.

“A number of non-governmental organizations have also documented testimonies of victims who allege that they were raped by members of paramilitary groups under Milan Lukic’s command. Amnesty International in 1993 documented two cases in which girls reported that they had been raped in Vilina Vlas hotel, allegedly by members of the White Eagles”, the statement says.

A UN report on rapes in BiH committed in 1994 describes “Vilina Vlas” as one of the places where rapes took place, and states that it was a detention center for women, where girls younger then 14 were held.