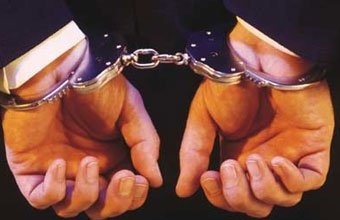 A week ago, in Toronto, Ontario, Canada, a courtroom case was started against a certain Nicholas Ribic, a Canadian citizen of Serbian extraction, a Christian by faith, for his recorded conduct in tying up a certain Patrick Rechner, of Nova Scotia, Canada, then a soldier in the Canadian contingent to the UN in Bosnia and Herzegovina, to a post, as a hostage, during the initial stages of the NATO bombardment of the Serbian forces in Bosnia and Herzegovina, which bombardment was supposed to help prevent further destruction of the Republic of Bosnia and Herzegovina and the oncoming genocide of its Muslim population in particular.

Yesterday, a courtroom case was started in Ottawa, Ontario, Canada, against a certain Momin Khawaja, a Canadian citizen of Pakistani extraction, a Muslim by faith, for his alleged conduct in organizing and/or planning terrorist activities in Great Britain and possibly other western countries.

In this first above mentioned incident, a Christian evidently committed a war crime, against another Christian and against his own country, for that, in waging his little own religious hate warfare against Muslims. The country, Canada, has so far bought it and it has no problems if one of its own citizens goes abroad to kill Muslims. It remains to be seen if the judge will agree. It will be judged along the lines of â€œconductâ€, rather than religious differences or hate.

In the second above mentioned incident, the country, the media, the people as well as the whole establishment which controls the country, the media and the people, are well bent on having its own first Muslim â€œterroristâ€ convicted for the rest of the world to see. This case will be judged along the lines of religious differences or hate, rather than â€œconductâ€.