The Congress of North American Bosniaks (CNAB), an umbrella organization representing Canadian and US Bosniaks, sharply condemns the newly adopted law about the Territorial Organization of Republika Srpska (RS), smaller of the two entities in Bosnia and Herzegovina (BiH), approved by RS legislators. The law provides that Bosanski Brod and Bosanska Kostajnica will have their city names changed into just Brod and just Kostajnica. The law provides for monetary fines in the amount o KM 1,500 to KM 20,000 for those who use the word â€œunsuitableâ€ name Bosnian in official correspondence. Changing historic city names in this fashion is contrary to the constitutional principles of equality of constitutional peoples of Bosnia and Herzegovina.

Negation of the Bosnian prefix in city names equals negation of Bosnia, an internationally recognized country with international borders, passport, embassies, and all other forms of country independence. Bosnia has existed and will keep on existing, and those who are disturbed by Bosnian prefixes in Bosnian city names are actually disturbed by the existence of the Bosnian state itself. The mere fact that the government of the smaller entity is disturbed by a Bosnian prefix in city names, a prefix that comes from the internationally recognized and historically established name of Bosnia and Herzegovina, the governing body which rules the smaller entity, shows enough about the intentions of the leading legislators in smaller entity to undermine the integrity of Bosnia and try and blackmail the legitimate Bosnian government. 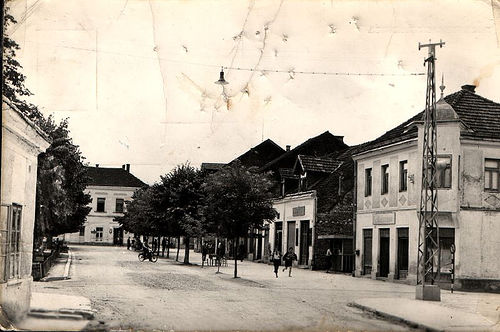 It is well known how the name change of cities, townships, institutions, and organizations in Bosnia came about during and after the aggression against Bosnia. The purpose of these name changes is to emphasize the fact that cities, townships, institutions, and organizations in question are located in the now ethnically cleansed Republika Srpska and that now that Bosniaks have been foricibly removed, there is Serb majority population.

These actions taken by the smaller entityâ€™s government are intended to raise nationalistic tensions and hatred, which CNAB and all other democratic pro-Bosnian forces are firmly against. CNAB will take necessary democratic actions to inform public about these decisions of the smaller entity.