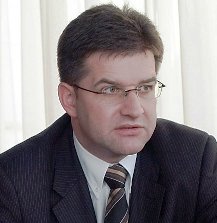 This decision, announced over the weekend, is believed to have been triggered by demands from family members of the recently arrested former leader and creator of the genocidal Serbian fascist creature in Bosnia “RS” and one of the masterminds of the genocide against the Bosnian people,Serbian war criminal Radovan Karadzic, who said they were “unable to live their lives normally” as their bank accounts remained blocked.

As a part of the general effort to apprehend war criminals who had been evading justice, back in 2003 and 2004, the Office of the International Community’s High Representative in Bosnia (OHR), blocked bank accounts of all those known to be a part of their support networks. In addition, European Union countries and the United States of America, have also banned those people from travelling to their countries.

In its press statement on Saturday, the OHR said that the sanctions against 35 such individuals remain in place and that their old bank accounts remain frozen. However, at the same time,the OHR provided help to those known helpers of Serbian war criminals who are still on the run from justice, by allowing them to open one new bank account each…so they can “live their lives normally” and continue to support more Serbian war criminals undisturbed.

By doing this, the Office of the International Communityâ€™s High Representative in Bosnia has now “officially” become a fascist and genocidal organisation which is publicly helping support networks of Serbian war criminals hiding from justice, who committed genocide against the Bosnian people during the 1992-1995 Serbian aggression against Bosnia.