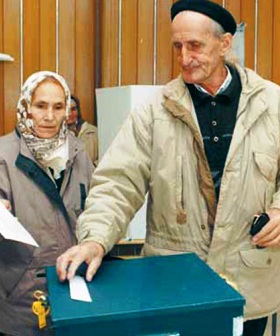 Local elections will take place this weekend according to plan despite concerns of some irregularities, the Bosnian Central Election Commission said and urged all Bosnian citizens to take part in the ballot.

â€œSunday, October 5, is the day when you make decisions, so come out and give your vote,â€ the commissionâ€™s president Suad Arnautovic told a press conference today.

He stressed that elections will proceed as scheduled despite growing concerns, expressed by some media and political parties, that at least two separate cases may seriously hamper election results in eastern and northern parts of the country.

Bosnian citizens are to cast ballots on Sunday, in the forth post-war local elections.Some three million voters are eligible to elect municipal councils in 149 towns and cities and 140 mayors, after a campaign marked by widespread nationalistic rhetoric and an almost absolute neglect for the issues of local interest.

“Hardline parties use nationalistic rhetoric, since itâ€™s a card that always wins,” Sanel Huskic of the Sarajevo-based think tank said.

“They know that people here still vote by their hearts not by their heads.They talked about the countryâ€™s constitution, census or European integration,” Huskic said.

Politicians offered concrete programs on how to improve life in local community in only two percent of public statements, he noted.

“Nationalist rhetoric is a perfect excuse for not having any vision or strategy for the prosperity of this country,” said political analyst Tanja Topic.

Topic and other analysts fear low turnout as a result of growing apathy among voters.

Turnouts for Bosniaâ€™s post-war elections have been declining constantly. Less than 50 percent of voters cast ballots in the last general elections in Bosnia two years ago.

“By staying at home on election day, voters send a clear message that they are very dissatisfied with all existing political options,” Topic said, adding that the turnout could be the lowest ever.

The Bosnian Central Election Commission has guaranteed the regularity of the elections, saying once it receives official information and names of any irregular potential voters, it will undertake â€œall actions prescribed by the law.â€

The Bosnian Central Election Commission also said that local election commissions and the central commission have so far received 130 official complaints regarding the regularity of the pre-election campaigns.