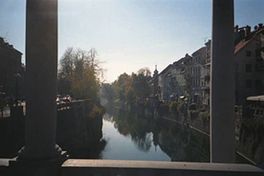 After almost forty years of waiting, Bosniacs in Slovenia will get an opportunity to build a mosque in Ljubljana. Some say that the reason for a change in the official politics lies in new city Government, however, there are other opinions as well.

Final decision about the design and the start of the building work of a new Islamic cultural center in Ljubljana should be reached in the middle of this year. An ongoing struggle on the mosque issue that lasted several years was successfully suspended by the new mayor Zoran Jankovic. Mr. Jankovic explains that the decision to erect the new mosque is not related with the Slovenian presidency of European Union this year.

Offer for a location in the city center
Town municipality made a new location offer to the Meshihat of the Islamic community â€“ in the very center of the city. Zoran Jankovic, mayor of Ljubljana, explains this with no difficulty: “It is for the well known fact that Slovenians of Islamic religion were an important factor when our new country was created. And if everyone who believes has its own temple, then it is perfectly clear that Moslems should have their own as well.”
New mayor, new politics
As Zoran Jankovic became the new mayor of Ljubljana, relationship towards Moslems has completely changed. Only two years ago, when there were discussions about building of the mosque at the outskirts of the city, media and politicians and people were against the building, explains the secretary of the Islamic community in Slovenia, Nevzet Poric. “I think that the talks about the mosque were raised at not a good time. Intensive story about the build of the mosque started on 9/11 and I believe that event had a negative impact on their campaign. However, at the moment, we have no complains, as the question is almost settled.”
Islamic community hopes for the financial support of Moslems 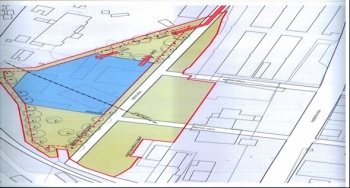 It is up to Islamic community at this point to buy the offered property from the city: 12,000 square meters, at 402 Euros per square meter. Today, almost 50,000 Moslems live in Slovenia, and majority of them are Bosniacs. Well off business persons among them will certainly support the build of Islamic cultural center, Meshihat expects. The land for that purpose can be offered for purchase already in the forthcoming months. In the meantime, Meshihat will launch a public competition for the best project design. Town municipality states that the mosqueâ€™s design should be made to fit the European environment, and Meshihat confirms that the condition will be fulfilled.
Is Ljubljana worried about its image in the EU?
The build of the mosque in Ljubljana was contested since distant 1969, and the reason for the rather radical change of politics regarding this question could be found, as they say in Meshihat, in the fact that Slovenia currently has the European presidency. In addition to that, 2008 is the year of intercultural dialogue, explains Nevzet Poric. “Slovenia cannot be seen to promote this intercultural dialogue, and at the same time neglect a very important part of its community by not enabling them to build a mosque.” Mayor of Ljubljana, Zoran Jankovic, insists that the decision of the mosque is not anyhow related to Slovenia currently having the EU presidency. “That is the decision of the city of Ljubljana, and it was anticipated in 2006, whereas now it is in the realization phase. And Ljubljana is a tolerant city, it cares about all minorities.”

One way or the other, people of the Islamic community are rejoicing in the current situation. And the decisions about final look and start of the works on the mosque are expected to be brought already by the end of this year.