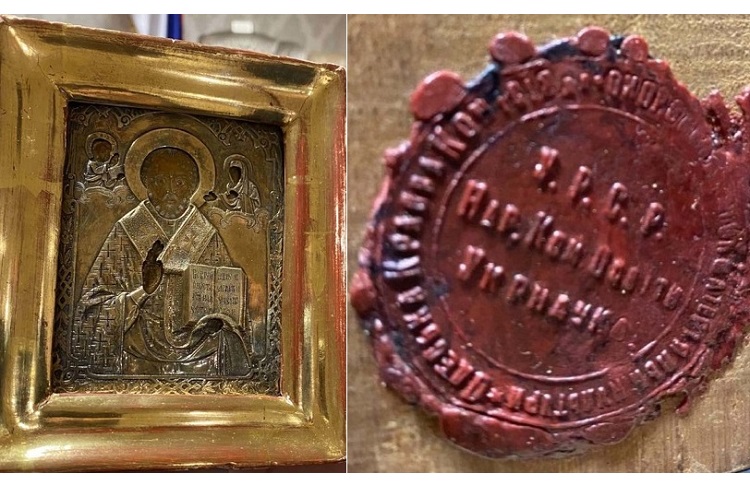 Dear Ambassador Yelchenko,
Reference is made to the recent incident where Milorad Dodik, President of the Presidency of Bosnia and Herzegovina gifted a reportedly stolen Ukrainian consecrated icon to Sergei Lavrov, Minister of Foreign Affairs of the Russian Federation, during Minister Lavrov’s official visit in Sarajevo.

Bosniaks.net / Bosnjaci.net is a leading Bosniak web magazine with readership throughout the world. We are proud of our commitment to publishing news pertaining to Bosnia and Herzegovina, its Diaspora as well as socio-political columns and articles covering a range of social issues. We publish in the Bosnian and English languages.

It was of great concern to learn about the fate of a stolen item Ukrainian heritage being misappropriated by both President Dodik and Minister Lavrov. While the icon was, reportedly, returned by Moscow as the scandal broke out, the whole matter is troublesome and has consequences for both Ukraine and Bosnia and Herzegovina. Given that the icon apparently originates from the areas of Ukraine recently invaded and annexed by the Russian Federation, we are of opinion that the truth behind the criminal acts must be revealed.

It is our understanding that Ukraine has requested the assistance of the Interpol in this matter.

This is, after all, an unprecedented act of criminality and aggression by leaders, militaries and rogue militias of foreign states, upon the Ukrainian sovereignty, culture, history, religious heritage and property. We hope that the truth will be uncovered and that the crimes will be solved and perpetrators punished. It is our hope, as well, that the fate of other items of the Ukrainian religious and cultural heritage, pilfered by the various invading parties, will be revealed for the whole world to see.

Therefore, it is our humble suggestion that Ukraine raise the issue in the United Nations, with the institutions and Departments of the Government of the United States and Committees in the U.S. Congress; as well as with diplomatic representations of other countries in Washington D.C.

Please feel free to contact us at any time for more input should you feel the need.

With kind regards and best wishes,