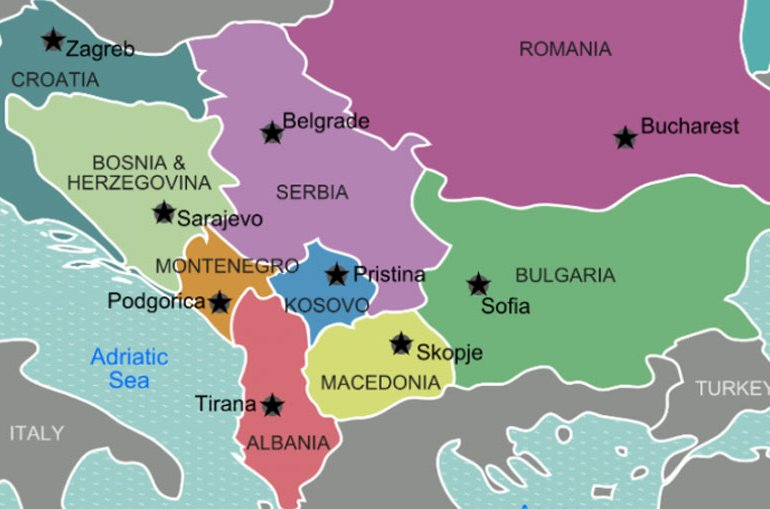 Representatives of civil society in the region will appeal to official Brussels, the United States and NATO on Tuesday, emphasizing that the accession of the Western Balkans to the European Union is a geopolitical and geostrategic inevitability, “given Russia’s constant claims to destabilize it.”

We are transmitting the appeal in its entirety:

Russia’s aggression against Ukraine has fundamentally changed the European security context and raised questions about the future of Euro-Atlantic integration in the Western Balkans.

Although surrounded by EU and NATO member states, the Western Balkans are only partially integrated into Euro-Atlantic political and security structures. The undefined EU policy over the last decade has contributed to the region’s regression and its turn towards other partners. Russia’s infiltration into the processes and events in the region and its influence on Serbia and (part of) BiH has opened the question of where the Western Balkans actually belong.

New circumstances have put the Western Balkans back on the European agenda.

The EU’s enlargement policy is being adjusted to the new geopolitical environment and a new accession process is being developed.

Despite numerous statements and initiatives related to the Western Balkans, so far the West, primarily the EU, has not offered real support, protection and a concrete perspective for the region for the future.

Joining the EU is a geopolitical inevitability of the entire Western Balkans – given Russia’s constant claims to destabilize it.

A more efficient EU policy is not possible as long as EU countries balance between the principle of values ​​on which the EU is based and unity, ie the consensual principle in decision-making. This relationship has disastrous consequences for the Western Balkans.

Given the very fluid situation in the Western Balkans, as well as numerous speculations about Putin’s possibility of opening a “second front” in the Balkans, the fears and fears of citizens of all our countries that the situation in our region could dramatically worsen are justified. We should not lose sight of the fact that the Balkans as a whole, and especially its non-integrated part, when it comes to the European continent, is most susceptible to Russian influence and its escalation is at work. In order to prevent such a devastating impact, the once visionary accession of “unprepared” Bulgaria and Romania to the EU has played a decisive role.

Due to all the above, we, the undersigned, expect from the EU, as well as from the United States:

1. To consistently pursue a policy of immutability of borders in the Balkans and to eliminate any possibility of their change;

2. That the future and functionality of Bosnia and Herzegovina does not depend on the policy of Belgrade, which has been integrating / annexing Bosnia and Herzegovina for two decades. entity Republika Srpska (RS) at all levels (economic, cultural, educational and informational). The EU and the USA, in addition to combating corruption and radical national policy, should encourage the unification of educational and cultural space, in order to build a Bosnian-Herzegovinian identity in addition to particular features. Only cultural awareness and education, as the fundamental backbone of society, guarantee integration and solidarity within Bosnia and Herzegovina;

4. That Serbia, due to its reliance on Russia, keeps Kosovo in a state of frozen conflict. Without mutual recognition of Serbia and Kosovo, the region has no European perspective. As a first step, Kosovo needs to get the long-established visa liberalization;

5. That, when it comes to Montenegro, strongly and effectively support the process of European integration, which is the basic proclaimed goal of the new minority Government of Montenegro. Interference in the internal affairs of Montenegro, which originate primarily from the governing structures in Serbia, should also be prevented, with the great help of the Serbian Orthodox Church in Montenegro, the media and security services of Serbia, but also directly and indirectly from Russia;

6. To unblock the situation regarding Northern Macedonia in the accession negotiations. It is unacceptable that Northern Macedonia, which has met all EU requirements for candidate status, is still on hold due to Bulgaria’s blackmailing and destructive attitude;

7. To help Albania, which deserves candidate status. Otherwise – other tendencies and policies are encouraged – similar to all other Western Balkan countries;

8. To make it clear that the Open Balkans initiative cannot be an alternative to EU membership. Chancellor Scholz announced the revival of the Berlin Process, which, with increased control of Berlin and Brussels, opens the prospect of more intensive regional cooperation, which the EU insists on, as a basis for continuing the European path for all countries in the region, based on their individual merits and achievements;

9. To continue and deepen without compromise the security and legal mechanisms in all the countries of the Western Balkans in the fight against corruption and organized crime within the state apparatus, corporations and society in

With all this in mind, Europe and the United States must increase their military, political and economic engagement in the region in order to prevent further malignant influence of non-Balkan and non-European factors. At the same time, their active relationship with the pro-European opposition and political structures in all countries of the region, as well as with authentic civil society, is needed to reaffirm and strengthen support for Euro-Atlantic orientation and the future of the Western Balkans.

And when. prof. Rusmir Mahmutčehajić, President of the International Forum Bosnia, BiH

Balša Božović, President of the Executive Board of the Regional Academy for the Development of Democracy, Serbia

Aleksandra Jerkov, founder of the Regional Academy for the Development of Democracy, Serbia

Milan Jovanovic, President of the Forum for Security and Democracy, Serbia