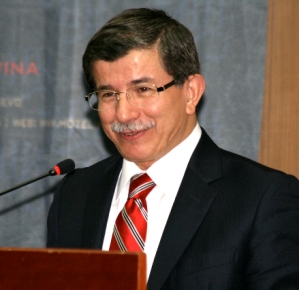 Istanbul will host yet another international gathering, as the upcoming 22nd annual session for the Parliamentary Assembly (PA) of the Organization for Security and Cooperation in Europe (OSCE) will be held in Istanbul.

Some 360 foreign parliamentarians from 57 countries, chiefs of diplomatic missions, representatives of civil society organizations (CSOs) and representatives from the media are expected to attend the PA which will be hosted by the Turkish Parliament between June 29 and July 3 in Istanbul, the Office of the Parliament Speaker announced yesterday.

On the second day of the meeting, speeches under the title of â€œImproving Dialogue and Cooperation: A Mutual Message to the World on Racism, Xenophobia and Intoleranceâ€ will be delivered. For this part of the session, head of the Religious Affairs Directorate Mehmet GÃ¶rmez; Greek Orthodox Patriarch I. Bartholomeos, acting Armenian Orthodox Patriarch Aram AteÅŸyan, Chief Rabbi Ä°shak Haleva and Turkish Syriac Catholic Deputy Patriarch Chorepiscopus Yusuf SaÄŸ are expected to attend. (hurriyetdailynews.com)