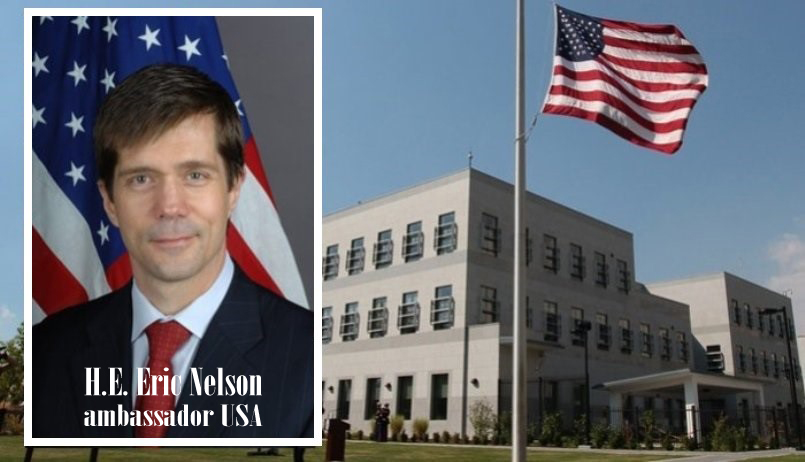 Unchecked corruption is crushing the citizens of Bosnia and Herzegovina (BiH) from above and undermining them from below.  It is a driving factor in the worst brain drain in Europe, the slowest economic recovery in the Western Balkans, and poor quality of life for all citizens, regardless of ethnicity or religion.  Corruption is not only a problem that every country needs to combat at home, but President Biden has declared it is also a national security threat to the U.S. — corruption undermines democracy, human rights, security and prosperity.  The U.S. stands ready to help BiH fight corruption, through assistance, advocacy for essential reforms, as well as targeted action.  We support many citizens, journalists and activists ready to fight the cancer.  But the indictment and conviction records of the judiciary shows that high-level corruption is a penalty-free business.

USAID Administrator Samantha Power’s visit highlighted examples of our assistance to citizens fighting corruption.  She met courageous investigative journalists who shed light on officials who abuse their positions.  She met courageous young women fighting to protect BiH’s rivers from the damage of improperly regulated construction.  The U.S. supports NGOs that amplify the work of those women, defend them from harassment, and advocate for transparency.  USAID also supports those ready to implement eGovernance to promote transparency and slash the opportunity for corruption in permitting and services.

Too many of BiH’s rule of law officials work under political pressure or control.  Many are afraid to challenge a corrupt system.  They are able but unwilling to fight for change, because challenging the system creates unacceptable personal risk.  Too many citizens of BiH are well aware of the problems of corruption, but find themselves caught between taking a stand and looking out for their families in a bloated patronage system where bribery and vote-coercion is necessary to secure many-a-good job and even to obtain normal services.

Among public servants, there are some bright lights.  Since my arrival as Ambassador, we have expanded our support of the Sarajevo Canton Anti-Corruption Office, headed by Dr. Erduan Kafedžić.  The Sarajevo Canton Police Commission, headed by Nusret Selimovic, is an effective investigative partner to the ACO.  But the Sarajevo Prosecutors Office follows with practically no credible indictments.  Kafedzic and Selimovic and others can testify to the pressure, threats and obstruction individuals and institutions fighting corruption have faced.  That is a good indicator that his office is doing something right and making progress against corrupt officials.

These individuals show that politically independent institutions can play a crucial role in ridding BiH of corruption.  While corrupt elites fight back against those efforts , my government will continue to support their work. Journalists continue to shed light on those who abuse their positions, NGOs amplify their work and advocate for transparency.  USAID supports these efforts through many of its programs, and we’ve seen results during the pandemic – corrupt public procurement schemes and illegal construction have been brought to light and stopped.

To defend citizens, the U.S. advocates for reforms necessary to weaken the control of political and private elites.  The U.S. strongly supports the E.U.’s prioritization of passage of effective conflict of interest and public procurement laws.  Amendments to the High Judicial and Prosecutorial Council law are required to restore integrity and independence to that rule-setter and policeman of the judiciary, and election integrity measures still need to be adopted.  These reforms are obstructed by political parties and officials who dread stringent laws that will reveal their unexplained wealth and subject their activities to close scrutiny.

The U.S. Government remains ready to take action to combat corruption, including financial sanctions and cancellation of visas for corrupt individuals, as well as the suspension of assistance to government partners who are corrupt.  We mentor and build BiH’s capacity to investigate and prosecute high-level corruption, pursue cases we ourselves can prosecute, and encourage our European allies to follow the financial trails of ill-gotten gains and do the same.  Sanctions are important tools to block corrupt actors, deter those who emulate and support them, and, as Secretary Blinken said on January 5, “”We will continue to use appropriate authorities to promote accountability for actors across the region and globally.”

The U.S.  can only do so much, though.  In the end, it is up to citizens of Bosnia and Herzegovina to decide what future they want. The greatest sanction and weapon against corruption is the ballot box.  Because citizens also need to believe their votes are free and will count, the U.S. is urging political leaders to implement long overdue reforms to restore integrity to elections in BiH.  October 2022 elections will be an opportunity for citizens to punish, not prolong, corruption.  The international community can play a critical role in helping BiH’s progress and aiding its fight against corruption, but real change for the better must come from within BiH.