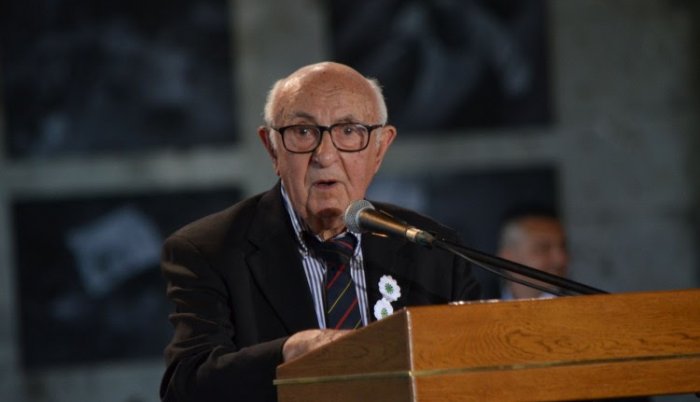 As Theodor Meron nears the end of his term as president of the Mechanism for International Criminal Tribunals, he told BIRN that the UN war crimes court â€œfundamentally changed how we think about accountabilityâ€ for the gravest crimes.

â€œIn my view, what the Tribunal has achieved over the years has been nothing short of extraordinary,â€ Meron said in written answers to BIRNâ€™s questions.

He argued that the ICTYâ€™s achievements were even more significant than the trials it has held and the war criminals it has brought to justice.

â€œIn the span of just a few years, it has fundamentally changed how we think about accountability and the importance of ensuring that those who are alleged to have committed some of the worst crimes imaginable are held to account before fair and impartial courts,â€ he said.

â€œAt the same time, the ICTY has rigorously and methodically reviewed, explained, and applied key provisions of international law, increasing understanding of the law and, I hope, its application in conflict zones around the world and in national courts, including in the countries of the former Yugoslavia,â€ he added.

Some of the ICTYâ€™s rulings â€“ the acquittals of Yugoslav Army general Momcilo Perisic and Croatian Army generals Ante Gotovina and Mladen Markac â€“ have caused uproar in the Balkans. Meron admitted that â€œit has not always been an easy roadâ€, and that the court has faced criticism over controversial verdicts.

The UN court has also been criticised for not doing enough to aid reconciliation. But Meron said it was important to remember the limits to its mandate, pointing out that â€œthe judgments of a court alone cannot heal the deep wounds inflicted by crimes such as those at Srebrenica, for exampleâ€.

â€œInstead, it often falls to members of the communities most impacted by a crime â€“ to civic and religious leaders, to parents and teachers, and to individuals â€“ to find the strength and the means to rebuild their communities,â€ he said.

Meron said that during his 17-year career as an international judge, two decisions were milestones â€“ the verdict convicting Bosnian Serb general Radislav Krstic and the judgment in the trial of Bosnian Serb soldiers Dragoljub Kunarac, Zoran Vukovic and Radomir Kovac, who were convicted of rape.

The 2004 appeals chamber verdict in the Krstic case, presided over by Meron, defined the Srebrenica massacres as an act of genocide.

â€œThose responsible will bear this stigma, and it will serve as a warning to those who may in future contemplate the commission of such a heinous act,â€ the ruling said.

â€œThrough their jurisprudence, the ICTY and the ICTR have thus made clear that crimes of sexual nature are not just an opportunistic side-effect of war â€“ nor are they somehow crimes of a lesser degree than other horrific acts of violence that occur during an armed conflict. Rather, acts of sexual violence can be, and frequently are, an instrument of war,â€ he added.

Meronâ€™s final year at the Mechanism for International Criminal Tribunals has been marred by some controversy.

Antonetti wrote in his decision that Meron, Agius and Liu â€œappear biasedâ€ because they had previously rendered certain conclusions linked to Mladic in other cases in The Hague.

Meron then removed himself from Radovan Karadzicâ€™s appeal against his genocide and war crimes convictions after the former Bosnian Serb political leaderâ€™s defence also accused him of bias.

He has been outspoken during his last months in office; on a recent visit to Belgrade, he chided Serbian Prime Minister Ana Brnabic for denying that the Srebrenica massacres were an act of genocide.

â€œIt does not help the government of Serbia to challenge judgments of a major international criminal tribunal,â€ Meron told Brnabic.

Born in 1930 in Poland, Meronâ€™s early years were marked by the devastation of World War II â€“ an experience that he says has shaped his entire career since then.

â€œAlthough my career has followed a circuitous path, the constant theme has been an attempt to grapple with the chaos and pain of war. War shattered my childhood and gave me a craving for education and the desire to use the law to bring an end to atrocities,â€ he explained.

â€œI am deeply grateful for the opportunities I have had throughout my life, and particularly for the fact that I had the extraordinary opportunity to take the helm of institutions that have served as pioneers of this new era of accountability,â€ he added.