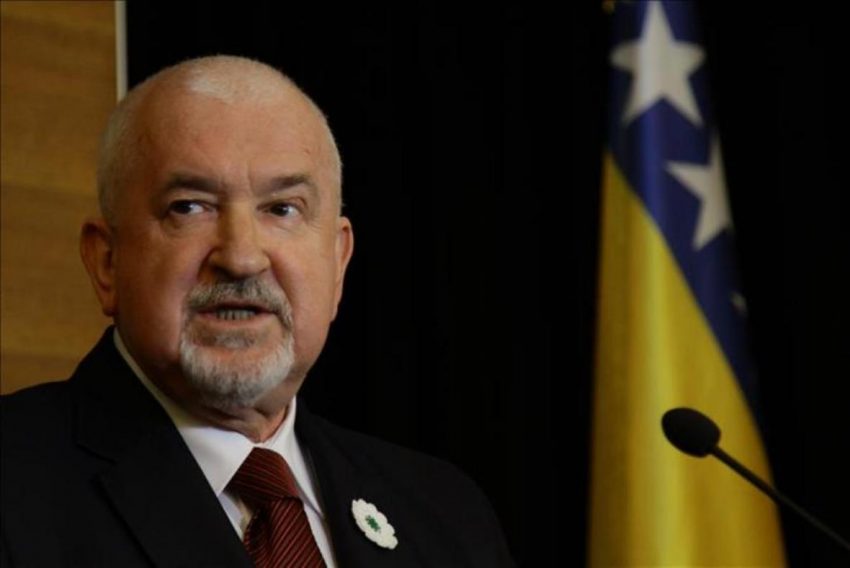 I am writing you this alarming letter because in One God we trust!

Because we share our common genocidal experience in Europe!

Because we, the Muslim Muftis and Jewish Rabbis, have the holy duty on behalf of the conscious humanity to stop a flagrant denial of Holocaust and Genocide anywhere anytime in Europe, including my country Bosnia.

Your Eminences, I am sure that you are aware of the High Representative for Bosnia-Herzegovina Valentin Inzko’s Decision on Enacting the Law on Amendment to the Criminal Code of Bosnia-Herzegovina, whereby in Clause 3 has been clearly declared:

“Whoever publicly condones, denies, grossly trivializes or tries to justify a crime of genocide, crimes against humanity or a war crime established by a final adjudication pursuant to the Charter of the International Military Tribunal appended to the London Agreement of 8 August 1945 or by the International Criminal Tribunal for the former Yugoslavia or the International Criminal Court or a court in Bosnia and Herzegovina, directed against a group of persons or a member of such a group defined by reference to race, colour, religion, descent or national or ethnic origin, when the conduct is carried out in a manner likely to incite to violence or hatred against such a group or a member of such a group, shall be punished by imprisonment for a term between six months and five years“.

Open link here to see the whole text of the Decision:

Sure, you know that the Charter of the International Military Tribunal appended to the London Agreement of 8 August 1945 regards the ban on the denial of Holocaust against the Jewish people in each and every country in Europe.

However, three days ago (29.11.2021), the Croatian politicians, led by the ultranationalist Dragan Čović, have joined the hands with the Serbian deniers, led by the ultranationalist Milorad Dodik, in the House of Peoples of Bosnia-Herzegovina, in voting for the removal of the ban on the Valentin Inzko’s Decision on Enacting the Law on Amendment to the Criminal Code of Bosnia-Herzegovina.

This is an alarming behavior of the denial not only of the convicted Genocide in Srebrenica by the International Tribune in Den Haag, but also it is a tantamount denial of Holocaust, the denial which has been banned across European countries.

I feel it is my brotherly and friendly duty to call upon you to raise your influential voice against the fascistic Serb-Croat joined endeavor in a fragrant denial of the notorious evil of Holocaust and Genocide in Europe.

I believe this is our common Jewish-Muslim moral and civilizational duty for the sake of the cry “Never Again”.

We Bosnians have trust in your sense of humanity as we know that you have stood with us against the besiege of the city of Sarajevo, which lasted 1425 days and nights, three times longer than the besiege of Stalingrad. This was your Jewish gratitude to the city of Sarajevo for its warm shelter of the Sephardic Jews who had fled from the persecution of the Spanish Inquisition in 1492. The unique Sarajevo Haggadah is a vivid witness to that great historic fact.

Dear Friends in Release and Sorrow,

Hoping that this alarming letter will find you in good health and willingness to act against the denial of Holocaust and Genocide in Bosna as well, please accept my personal respect!

Let’s then pray together:

To no one, nowhere!