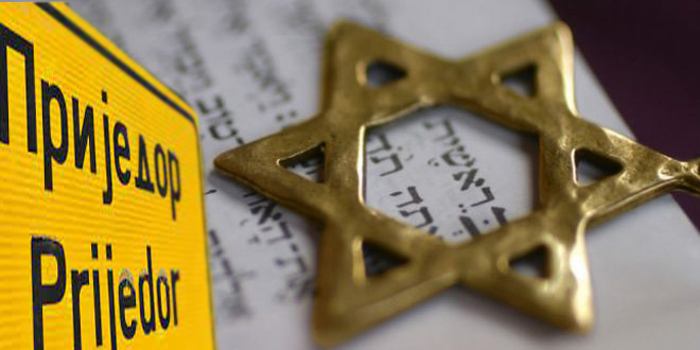 Little is known about the Jews who lived in Prijedor until the Second World War, although they left a kind of stamp on the time, they lived in. There were only 57 of them, but they always had their own delegate in the city administration until the Second World War. The Jews of Prijedor completed the multicultural mosaic of the city, giving it a special charm in their own way. But at the same time, what is perhaps more important to emphasize, bringing Prijedor closer to cultural and sports movements as well as some larger centers in the period between the two world wars. 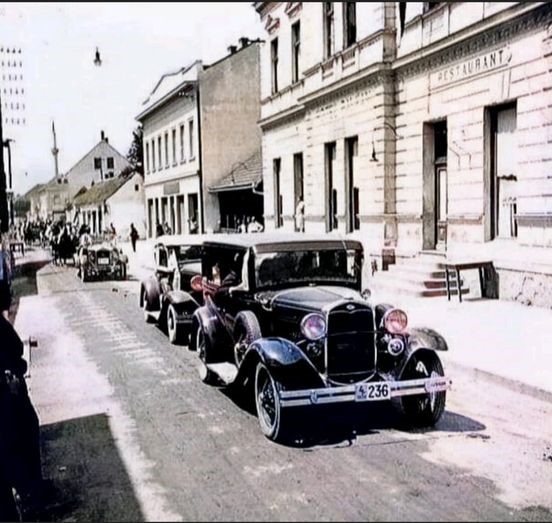 Prijedor, during the kingdom of Yugoslavia

Before the outbreak of World War II and the Nazi occupation of the city of Prijedor, most of the commercial buildings were owned by Jews. In addition to entrepreneurship, they were significantly involved in the cultural and sports life of the city. Among the first Jews who moved to Prijedor was Jakov Mevorah, originally from Belgrade. In 1880, he came with his family to Prijedor and soon became one of the most respected citizens, both in entrepreneurship and in cultural and sports life. His sons Salamon, Jozef and Sandor worked with him in a consumer goods store, which was not only a leading store of this type in the city, but also in the wider area of ​​Bosnia and Herzegovina. Jakov Mevorah invested a lot in real estate and business premises in the city. My late grandfather (on the mother’s side), Razim Sokočević, bought from him a business premises for a barbershop located in the center of the city on the site of the former Balkan Hotel, and not long after that Jakov Mevorah became a regular customer of the mentioned barbershop. Jakov’s sons Jozef and Sandor were also very active in the sports life of the city.

Jozef founded the women’s handball club Slavija in Prijedor. Women’s handball clubs were very popular during the Kingdom of Yugoslavia, that is, between the two world wars. This sport, originally from the Czech Republic, was practiced in the larger cities of that time. Thanks to Jozef Mevorah, this sport also lived in the city of Prijedor.

Šandor Mevorah was also a prominent sports worker, a member of the board and one of the founders of the football club Gradjanski. 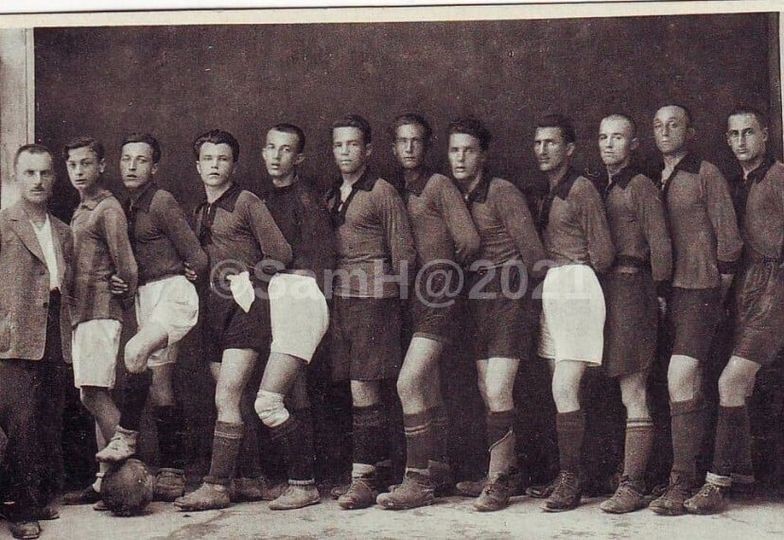 For many years, the eldest Salomon was the treasurer of the high school and a donor to the same institution when there was a lack of funds for its functioning. All three brothers were born and grew up in Prijedor and were killed in the Holocaust together with their families.

In addition to Jakov Mevorah, Daniel Stern was one of the most respected citizens. He had a large family, and all his children were born in Prijedor. With his sons Oskar, Jakob, and David, among other things, he founded a private trading company and opened a large hardware stores in the city center 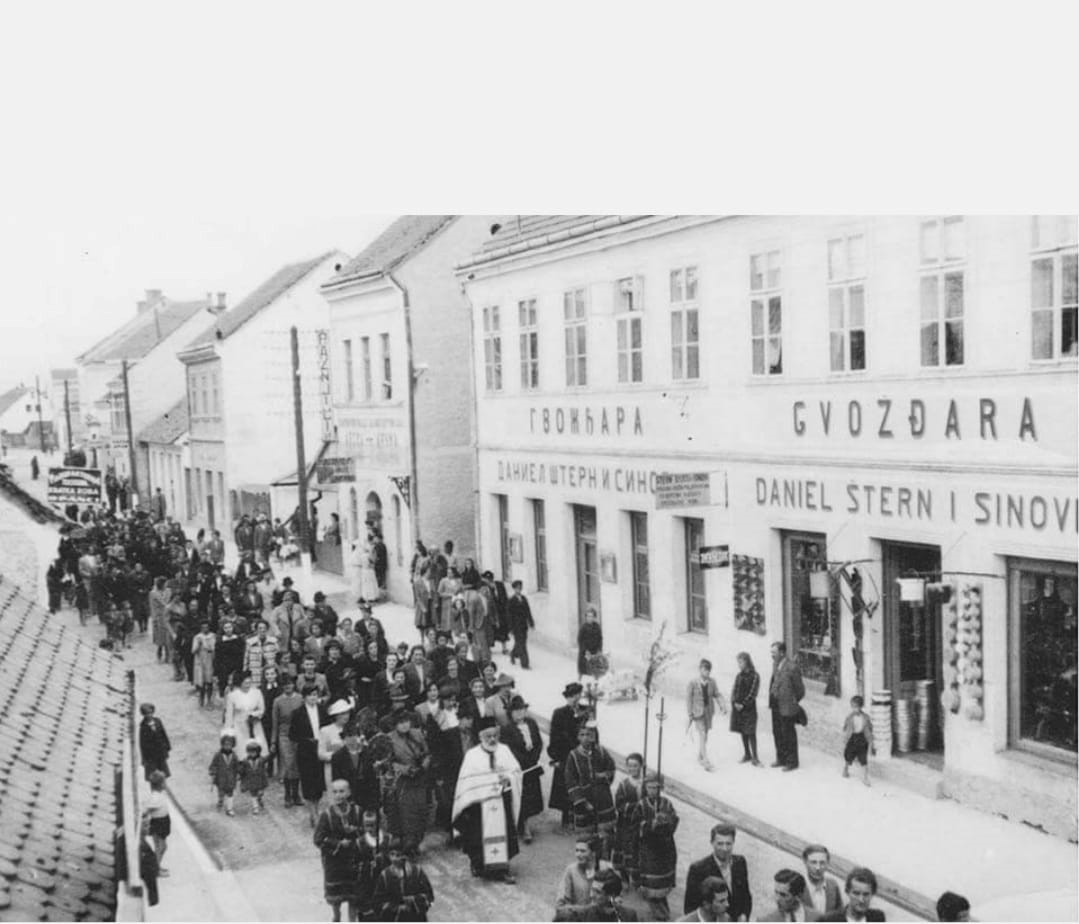 At the beginning of the Second World War, the Nazi authorities confiscated their entire property.

Daniel’s eldest son Oskar, like several younger Jews, joins the partisans and joins the squad under the command of the legendary Dr. Mladen Stojanović. Unfortunately, he is captured and deported to the Jasenovac camp where he was killed together with his son. The same fate befell his wife,his brothers as well as his sister Rachel Russell Stern.

Lujo Hiršman, at one time one of the most famous pharmacists in Bosnia and Herzegovina, also lived in Prijedor. He graduated in Zagreb in 1885. Then Dr. Moses Šifer, who moved from Prijedor to Zagreb before the Second World War but was captured together with his wife and taken to Jasenovac camp.

Among the more famous families of that era, we mention a few more: Finci, Kabiljo, Wailer, Reich, Berger, Filker and Levi. 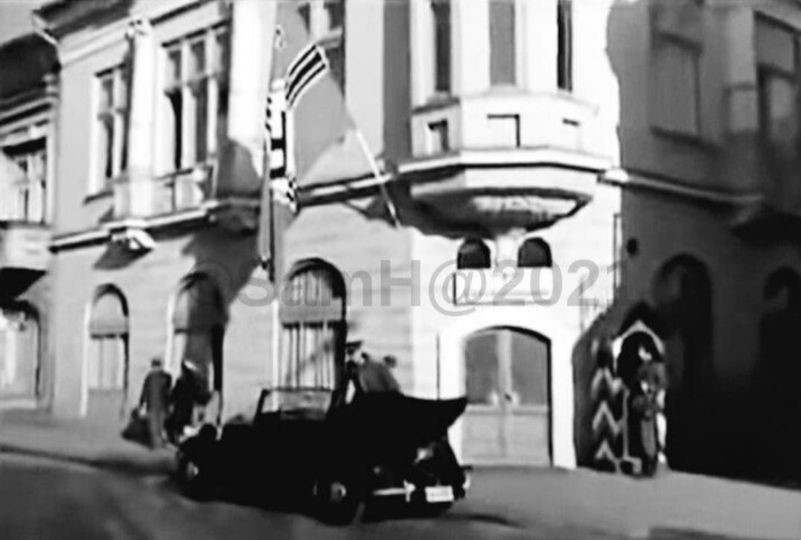 Nazi occupation of the city of Prijedor

After the occupation, Drita and her family, like the majority of Prijedor Jews, were robbed overnight, deprived of their rights and deported to Nazi death camps.

However, in the horror of the Holocaust, in 1941, a few young Jews managed to escape from the city to Mount Kozara, where they joined the partisans. Later, Samuel Kabiljo and Ruben Mevorah would become high-ranking officers of the former Yugoslav Army.

In response to the monstrous crimes of the Nazis in the city, prominent Muslims of Prijedor gathered and signed a document, which would later be called the “Prijedor Declaration of 1941.” The declaration condemns all expulsions, deportations, and killings of innocent civilians. Unfortunately, this declaration failed, but the Muslim representatives of the city of Prijedor at that time sided with the anti-fascists and stood up to protect their fellow citizens regardless of religion and nation.

One of the signatories of the declaration was my late grandfather Hilmija Hadžalić, his brother Hakija and their cousin Abdulah Hadžalić. Although all three of them had big problems with the Nazi regime because of their signatures on the declaration, they never repented of it, regardless of the consequences.

Only 14 Jews from Prijedor survived the horrors of World War II and the Holocaust. Who never returned to their hometown? Their houses, properties and business premises were nationalized after the Second World War. The Jewish cemetery in the Prijedor settlement of Urije is neglected today.

Many decades later, the bloody history of Prijedor repeated itself. This time, the Bosniaks of Prijedor are experiencing a kind of Golgotha, like their fellow Jews at the beginning of World War II. They are going through an earthly hell of expulsion, property theft, camps and killing.

Unfortunately, this time there was no similar declaration like the one from 1941. There was no declarative condemnation of the crime committed against the Bosniaks of Prijedor.