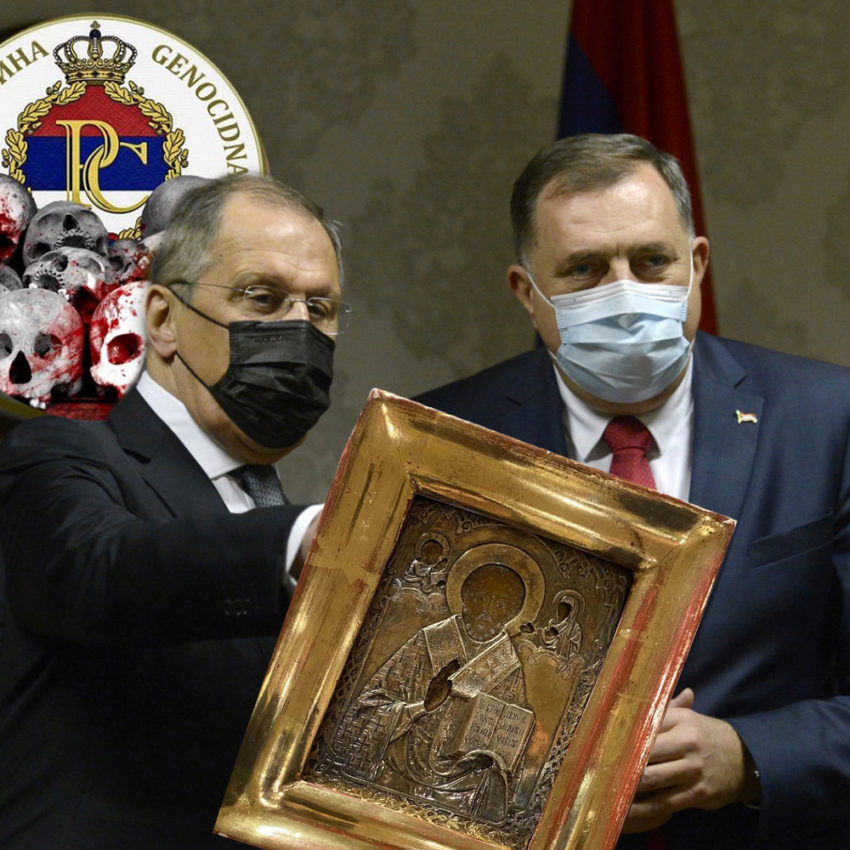 Vladika Kacavenda is known for his blessing the Serbian extremists who, following the ritual, would go on to wage war and terror upon the non-Serbian civil populations, and in particular those of the Muslim faith. Vladika especially celebrated genocide in Srebrenica. It is no wonder, then, that he consecrated the foundations of the Russian-Serbian temple and cultural centre in Banja Luka.

Serbia and Russia are connected not only through their Eastern Orthodox Christianity, the Cyrillic alphabet and the history of their kings and tsars relations, but also by way of their most evident genetic-nationalistic and genocidal pathophysiological-biological systems.

Those two peoples can not but cause suffering upon others around them, and for centuries now. In comparison, the Croatian history of the nationalistic-religious wilding is but a performance of substandard amateurism.

The recorded eleven waves of genocide that the Serbian extremists committed against Bosniaks of Muslim faith are proven and undisputed foundations of their social development in these territories and amphitheatres of war. “Gladly a Serbian joins the military” was the famous saying with which the bloodthirsty slaughterers would go to sow death. Iti is upon those foundations that Vladika Kacavenda consecrated the tample in Banja Luka, to be built to honour the Romanov dynasty.

Russians are known for their genocide, the HOLODOMOR, of the Ukrainians and Ukraine. The Russian tsar dynasty Romanov, which ruled for just over three hundred years, was known as “the dynasty of perverts and saints”. The Romanovs are also known for pogroms, or genocides, of Jews.

Those historic carriers of the religious orthodox genocides have met, again, in a joint genocidal undertaking in our homeland, Bosnia and Herzegovina. While the Russians wre directly involved in genocide of Bosnia and Bosniaks, they are operating today, in Bosnia and Herzeovina, in a joint genocide – culturocide of the Ukrainian culture, arts, and historic religious artefacts by way of misappropriating the stolen, consecrated, artefacts – an icon in this case – which were, it seems, stolen during the recent Russian aggression in Ukraine.

The nation which arrogantly thumps its chests of “the Serbian honour” has been comporting itself dishonourably for a long time. There is a group that calls itself “The Serbian Honour” and it would be prudent to investigate the actions and activities of that group. There groups like that in North America and in Europe and they typically follow the ideals of Nazism. 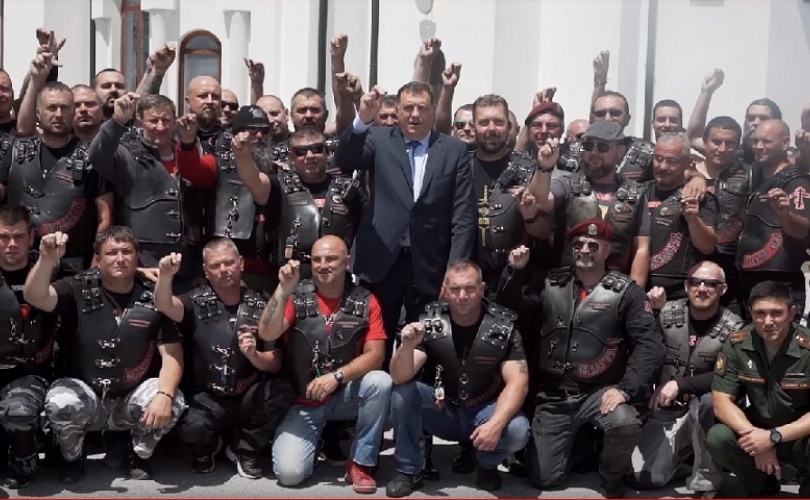 The dishonourable “Serbian Honour” militants were involved in wars in Syria and in Ukraine.

This is not a discussion of whether the stolen icon, which Milorad Dodik, the President of the Presidency of Bosnia and Herzegovina recently gifted to Sergei Lavrov, Minister of Foreign Affairs of the Russian Federation, is in someone’s private collection in Bosnia and Herzegovina or not. The Ukraine claims that it was stolen, and that is probably the indisputable truth.

The question is how many other icons and/or similar religious, cultural and historic artefacts the “Serbian Honour” stole in Ukraine, where they and other paramilitary Serbian units assisted the Russian military in the invasion of Eastern Ukraine and the Crimean peninsula. The question is where, in Bosnia and Herzegovina, Serbia and Montenegro, those items ended being.

It is a known fact, for example, that the Osijek units who took turns in defending parts of Croatia in the Homeland War would deploy with their personal trucks which, upon return, were filled with the possessions of the victims of the Serbian aggression in Croatia. Such an activity by the “Serbian Honour” would not be out of line in comparison, during their armed aggression in Ukraine.

Bosnia and Herzegovina is attempting to rise from the blood and ashes of yet another genocide in our times and the last thing it needs is to be on the front pages of the world dailies as being an accomplice in the contraband of stolen property and cultural assets of another country, which country itself was the victim of genocide.

There is no honour in the crimes committed by the “Serbian Honour”. Those are dishonourable actions. The Serbians ought to disown them if they had any honour.

Else, Vladika Kacavenda is going to bless them before their next departure into yet another genocide and then consecrate, again, the dishonourable Republic of Srpska.