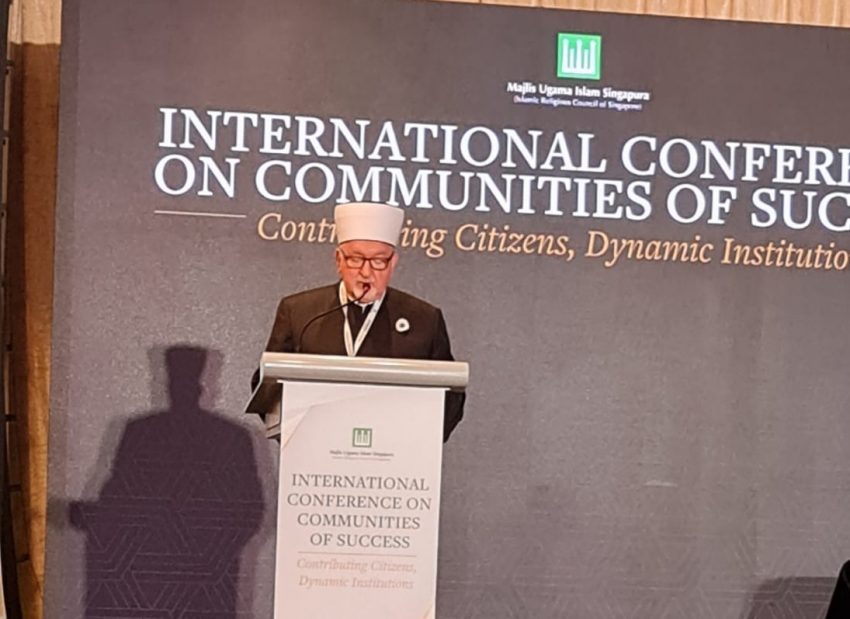 ISLAMIC RELIGIOUS COUNCIL OF SINGAPORE (MUIS)
INTERNATIONAL CONFERENCE
ON COMMUNITIES OF SUCCESS (ICCOS)
Singapure, 9-10. September 2022.
Speech by Mufti Mustafa Ceric, Ph.D.
ETHICO-THEOLOGICAL FOUNDATIONS OF A MUSLIM COMMUNITY OF SUCCESS
بسم الله الرحمن الرحيم
الحمد لله رب العالمين، والعاقبة للمتقين، والصلاة والسلام على عبده ورسوله وخليله وصفوته من خلقه نبينا وإمامنا وسيدنا محمد بن عبد الله، وعلى آله وأصحابه ومن سلك سبيله واهتدى بهديه إلى يوم الدين
Not long ago, just 11 years, I had the honor to be the gust of MUIS when I delivered on 1 October 2011 my paper at the Grand Hyatt Singapore on “The Challenge of Diversity in Modern Society.” Ever since that unforgettable visit I was longing for coming to Singapore onca again.
Thanks, Almighty God, the Corona Pandemic has slowed down so that we may now meet in person in Singapore by the grace of Allah and by the goodness and kindness of H.E. Masagos Zulkifli bin Masagos Mohamad, Minister-in-charge of Muslim Affairs of Singapore.
Thank you, Minister Masagos, for inviting me, for inviting us all, to speak on communities of success, while we should rather humbly listen to the story of the diverse communities of success in Singapore.
Indeed, you in Singapore are a good example of success not only for Muslim minorities but also for some majority Muslim societies.
I just want to say that I am proud of your visible success in Singapore because of your exemplary moral and ethical attitudes as well as your productive communal work towards a harmoniously successful Singaporean society.
Now, let me start my presentation with a quote from Imam Ali bin Talib, may Allah be please with him:
People are travellers, the world is a place to pass through, not to settle in. His mother’s womb is start of his journey. The Hereafter is the end of his destination. His life is the length of the distance to cover. Years are his stations, months are his parasangs, days are his miles, and his breaths are his steps. He is made to travel like a ship with its passengers.
Notions about the ultimate genesis, the beginning of the cosmos (cosmogony), and visions of the ultimate eskhatos, the last day of the cosmos (eschatology), shape deeply moral and ethical orientations and behavior of man.
In all three Abrahamic religious traditions – Judaism, Christianity, and Islam – cosmogonic notions and eschatological visions make up the most important concept for normative relations between God and humans as well as non-human creatures.
Specific interconnections of cosmogony and eschatology may sustain different ethical orientations and reveal a mindset of a religious tradition and its theological articulations.
Indeed, the concept of religious cosmogonies and eschatologies may be a source for a moral and ethical orientation of today, which is characterized by a deep moral and ethical crises of humanity despite the power of the science of success.
By the term cosmogony is meant an account of how the universe (cosmos) came into being. It differs from cosmology, which is the science of the universe. Cosmology deals with the actual composition and governing laws of the universe as it now exists, whereas the cosmogony is concerned with the question as to how the universe first came to be.
This is something we know that we don’t know. We don’t know how the universe first came to be.
All cosmogonic ideas are just theories mixed with mythologies and scientific assumptions against religious beliefs of creationism, a doctrine holding that matter, the various forms of life, and the world as a whole were created by Almighty God out of nothing. 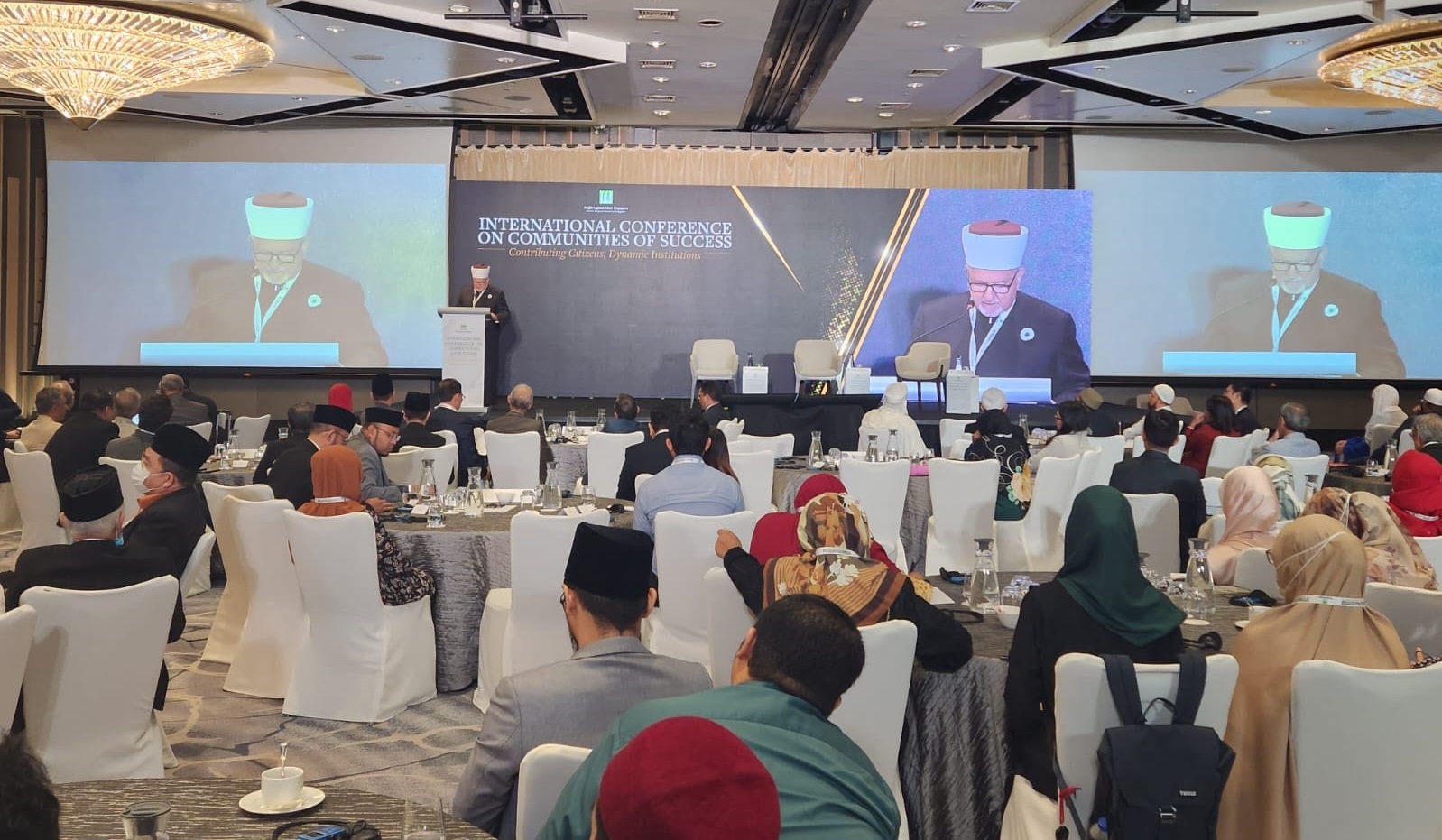 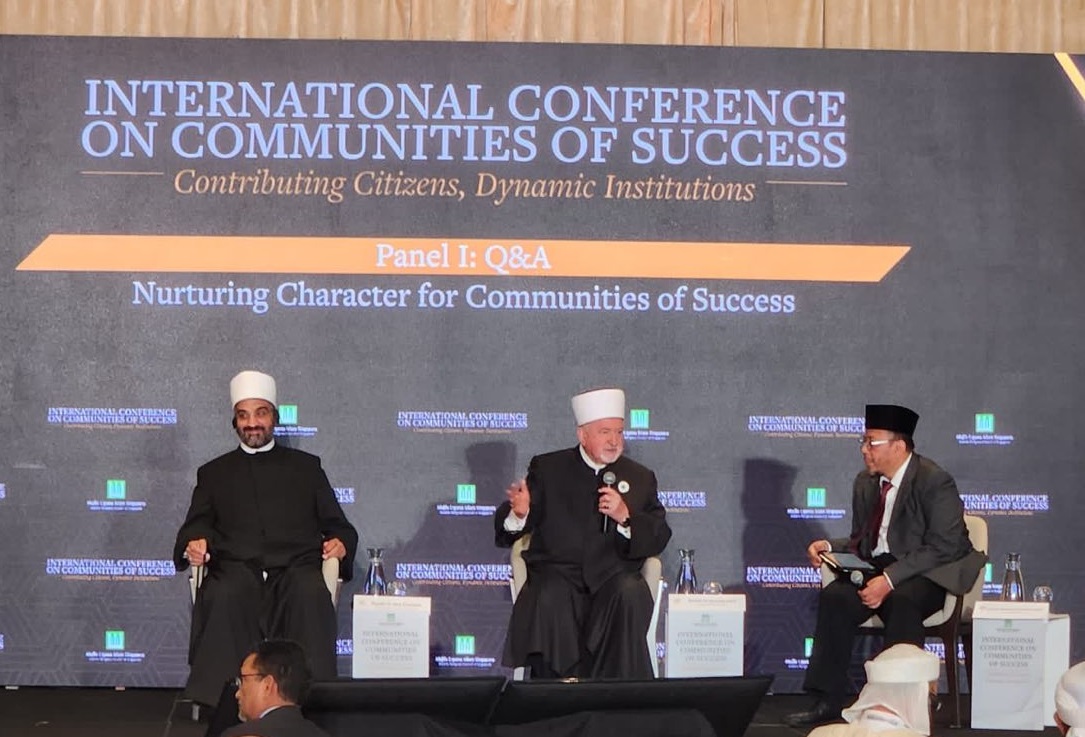 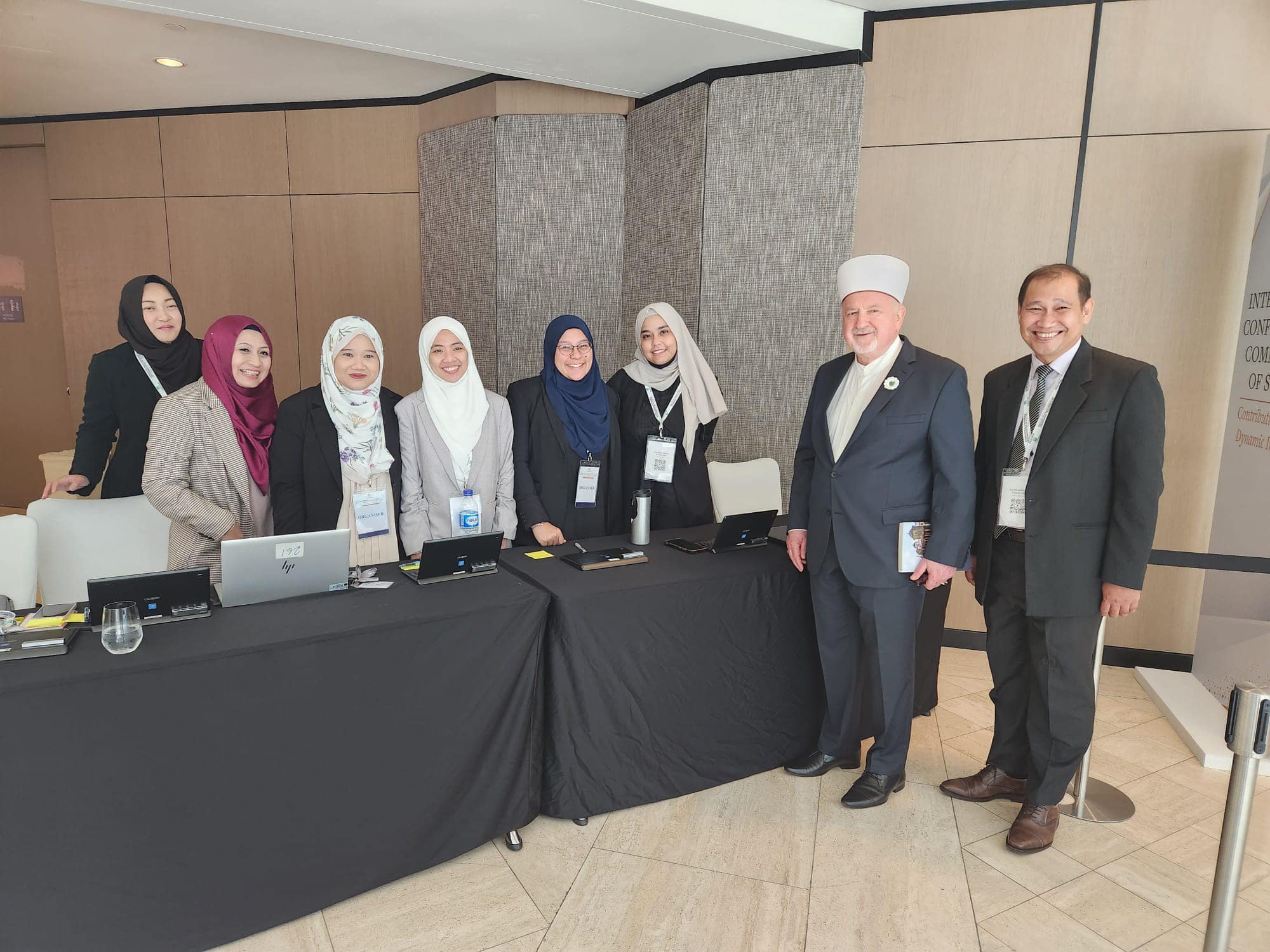