After hiding for nine years, Stojan Zupljanin, charged in 1999 with crimes against humanity in the Bosnian Krajina, was arrested in his apartment in Pancevo, near Belgrade.

Olga Kavran, spokesperson for the Hague war crimes tribunal, said she hoped the remaining three fugitives from the court, Radovan Karadzic, Ratko Mladic and Goran Hadzic, would be in The Hague shortly.

â€œThe Prosecutorâ€™s office welcomes this development and the fact that this now brings the number of fugitives down from four to three.

â€œIt also confirms what the Prosecutor has been saying for some time now, that the remaining fugitives are within the reach of Serbia.â€

Several NGOs in Bosnia lauded the arrest as a major step. Semina Alekic, of Vrbanja, the Organization of Families of the Killed and Missing Persons from Kotor Varos, told BIRNâ€™s Justice Report she hoped the arrest would â€œspeed up the search for the missing persons. 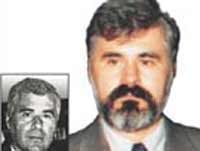 â€œWe welcome the arrest,â€ she added. â€œIn any case, on June 14 we shall mark the anniversary of the deaths in Kotor Varos, because the attack started on June 11 [1992].

â€œAbout 500 persons from this municipality have been missing since then,â€ Alekic continued, describing the arrest as â€œgood news and an encouraging hope for the futureâ€.

However, Alikic doubted this meant that Karadzic and Mladic might also be arrested any time soon.
â€œIf they were to have been arrested at all, it would have been done a long time ago,â€ she told BIRNâ€™s Justice Report.

Branko Todorovic, President of the Helsinki Human Rights Committee in Republika Srpska, said he wondered why Zupljanin had been arrested at this moment.

â€œThis could have happened earlier, but, obviously there was no political will,â€ he said. â€œThey surely knew where he was and followed him. We should see why Belgrade needs this right now.â€

Bosnian Presidency Member Zeljko Komsic welcomed the arrest as another indication that, when they wanted, Serbiaâ€™s authorities could arrest any indictee hiding on their territory.

Stojan Zupljanin, is charged on the basis of his personal and command responsibility with crimes committed against Bosniaks and Bosnian Croats in the Bosnian Krajina region, including, among others, the area of Kotor Varos, Banja Luka, Prijedor, Sanski Most, Kljuc, Bosanski Novi and elsewhere.

The indictment alleges that Zupljanin participated in a joint criminal enterprise together with Radoslav Brdjanin (sentenced by the Hague Tribunal to 30 yearsâ€™ imprisonment), Slobodan Milosevic and Nikola Koljevic (both dead), Momcilo Krajisnik (awaiting a verdict in The Hague), Biljana Plavsic (serving 11 years), Mico Stanisic (trial ongoing), Karadzic and other most senior members of the Serbian Democratic Party, civil authorities in the Republika Srpska and military and police structures.

The indictment alleges that, â€œby acting or failing to act, each participant contributed to the achievement of the overall goal of the enterpriseâ€.

Zupljanin was born in Kotor Varos municipality in 1951. From 1991, he was the chief of the Regional Security Services Centre in Kotor Varos.

From May 5, 1992 to July 1992 he was member of the Crisis Committee of the Autonomous Region of Krajina. In 1994, he was appointed an advisor to the President of Republika Srpska for internal affairs.
Several attempts were made to arrest Zupljanin last year. His wife and two sons, who live in Banja Luka, publicly invited him to surrender, claiming they were exposed to pressure because of him.

Following a ruling by the Bosnian courts, the property and bank accounts of members of the Zupljanin family were frozen last year.

In May, the High Representative in Bosnia and Herzegovina, Miroslav Lajcak, ordered the seizure of documents from 16 individuals thought to have aided Zupljanin in his flight from justice.

Lajcak also dismissed Predrag Ceranic from a post in the State Intelligence and Security Agency for the same reason.

Following the arrest, the Office of the High Representative issued a statement in which Lajcak said he would do all in his power to help bring the remaining war crimes indictees to justice.

â€œPressure on their support networks will continue, especially as the search now boils down to the two most wanted suspects, Radovan Karadzic and Ratko Mladic,â€ he said.

â€œThis arrest and those to follow are important for families of victims to find closure to the tragic atrocities that took place in BiH, for which their families paid dearly,â€ the announcement added.

The arrest of Hague fugitives is a key condition that must be fulfilled by the countries seeking membership of key European and Atlantic bodies such as NATO and the EU.

Shortly before Zupljaninâ€™s arrest, on June 11, the Netherlands announced that they would not support Serbiaâ€™s progress towards the EU unless Belgrade fully cooperated with the Hague Tribunal.

The warning came after Serge Brammertz, Chief Prosecutor at The Hague, said Serbia had not done enough to find and arrest fugitives.

Biljana Kovacevic Vuco, President of the Committee of Human Rights Lawyers in Serbia, said she was â€œpleasantly surprisedâ€ by the arrest.

â€œThis is an indication of Serbiaâ€™s willingness to cooperate with the Tribunal in The Hague,â€ she noted.

â€œThe arrest has denied the lies and false statements that he was hiding in Republika Srpskaâ€¦. I hope that there will be no apologising for the arrest.â€

Branko Todorovic agreed, describing it as an important step towards reconciliation in the region.

â€œIt brings some sort of satisfaction for the victims,â€ he said. â€œThey can be satisfied that, although tragically slow, justice is still achievable.

â€œThis shows that there is always someone around here who knows where they are,â€ Todorovic said, of the remaining trio.