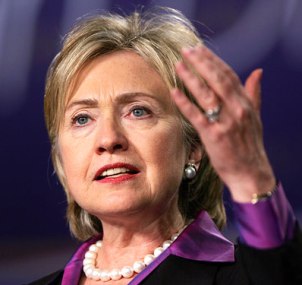 Representative Johnson (D-TX), a member of the Congressional Caucus on Bosnia, recently sent a letter to Secretary of State Hillary Clinton expressing concern about the deteriorating situation in Bosnia and Herzegovina. Representative Johnson notes the failure to fully implement the Dayton Peace Accords and the lack of progress in constitutional reform as the major stumbling blocs on the path to EU and NATO integration. “The current crisis in this country can be resolved with a vigorous diplomatic reengagement by the United States working jointly with our European partners,” concludes Representative Johnson in her letter.

BAACBH, a non-profit, non-government and non-partisan organization dedicated to advocating for Bosnian-Americans in the U.S. and promoting peace and economic development in the Balkans by fostering democratic policy, promoting respect for human rights, and initiating educational and developmental programs strongly encourages the U.S. Administration to re-engage its efforts in BiH and calls on all friends of Bosnia and Herzegovina to do the same.

I write to express a deep concern about the deteriorating situation in Bosnia and Herzegovina and to draw your attention to the need for a reassessment of the situation in this troubled country. For the first time since the 1992-1995 war, the condition in Bosnia and Herzegovina has entered a phase of accelerated deterioration, and many, including myself, are worried that the country is rapidly backsliding to a state similar to that of the period directly preceding the war. This could have devastating consequences, but with anticipatory action, I believe a worrisome situation can be resolved and a potentially disastrous situation can be avoided.

The Dayton Accords ended over three years of fighting between the various ethnic groups in Bosnia and Herzegovina and although the country is currently an independent state, it remains under international administration. Led by a High Representative, this international administration has made great strides in maintaining peace and building stability but has come up short with regards to creating a functional, stable, and autonomous state. The most recent High Representative, Miroslav LajcÃ¡k, announced his resignation with great frustration saying that he did not want to be, â€œthe rider on a dead horse.â€

LajcÃ¡k was the sixth High Representative, and there is worry that he will be the last, as a successor has yet to be named. Some political forces in Bosnia and Herzegovina are using this as an opportunity to propose a division of the country into a Serb, Croat, and Muslim region, with Sarajevo as a separate unit. While this is not necessarily a sign of an impending conflict, it does raise the question of how far some are willing to go with a plan to divide the country and at what cost. Politically, one of the greatest hopes for Bosnia and Herzegovina is EU and NATO integration; however, this cannot be done until Bosnia and Herzegovina reforms its Constitution. Due to obstructions in fully implementing Dayton, the current arrangements depend upon the Office of the High Representative to remove blockades. Following the closure of that office, the State must have the ability to exercise its competencies without the possibility of blockades by its entities. If this is not done, a disastrous and unstable political situation could be created.

In addition to the deteriorating political situation, there has also been a renewed surge of ethnic tension, an emergence of religious extremism, and a dire economic situation. The unemployment rate in Bosnia is over forty percent with the average salary being below $600. All of these things put the country in a precarious position and could also lead to increased instability and possible violence.

This issue deserves your attention and it is my hope that this new administration will address the situation in Bosnia and Herzegovina with a renewed vigor.

I firmly believe that the current crisis in this country can be resolved with a vigorous diplomatic reengagement by the United States working jointly with our European partners. I know that this matter is especially close to your heart as the Dayton Agreement was brokered by the Clinton Administration, and I believe that if the United States again acts decisively, we can ensure that Bosnia and Herzegovina embarks on the road to permanent peace and prosperity.