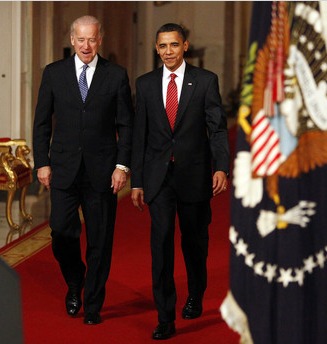 On behalf of 350,000 American Bosniaks, the Congress of North American Bosniaks (CNAB) would like to extend our sincere congratulations on your election as Vice President of the United States of America.
You are the right partner for President Barack Obama. Your many years of distinguished service to America, your seasoned judgment and your vast experience in foreign policy and national security will serve the challenges of the 21st century extremely well.
American Bosniaks truly appreciate and will not forget what you have done for Bosnia and Herzegovina over the years. As you are aware, the work in Bosnia and Herzegovina is not yet finished. Recently Milorad Dodik, Prime Minister of the Republika Srpska, a smaller entity in Bosnia (RS), stated that he planned to lead the RS entity to separation from Bosnia. You, better than anyone else, understand that RS was formed as a result of genocide over the Bosniak and otherwise non-Serb population. We need your support on this issue and many others in order to make progress towards rebuilding our homeland after the damaging consequences that genocide has left behind.
CNAB looks forward to opening a dialog with your administration on Balkan issues, and hopes to be a resource for you if at any time we may assist.
Best wishes for the success of your Vice Presidency.

On behalf of the Congress of North American Bosniaks
Mr. Amir Cackovic
President