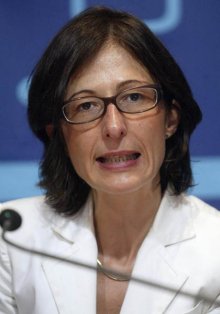 The Congress of North American Bosniaks (CNAB) is deeply concerned for the continued criminal proceedings against Ms. Florence Hartmann, the former spokesperson for the International Criminal Tribunal for the Former Yugoslavia (ICTY) prosecutor. The fact of the matter is that Ms. Hartmann truthfully confirmed to the public in her book â€œPeace and Punishmentâ€ and her text â€œHidden key documents about genocideâ€ that key evidence was withheld in the extremely important case against Serbia on charges of genocide that was orchestrated against the Bosniak population. These incriminating documents were discussed only at closed sessions, and Serbia later prohibited minutes from those meetings to be used in the lawsuit of Bosnia and Herzegovina (BiH) against Serbia in front of the International Court of Justice (ICJ). The decision of the Court regarding this evidence must also be investigated and charges should be brought in order for peace, the rule of law, and justice to be served.

It is also troubling that Ms. Hartmann continues to take the sole blame for her revelation of details about a deal struck between the ICTY and Serbia in 2003, when the knowledge of this information appears to have been public knowledge as early as 2005.

It is appalling that in the 21st century someone should be prosecuted for simply telling the truth. Such an act can have devastating effects on the freedom of speech, as well as any future efforts to bring about justice for victims of genocide and other war crimes. Thus, it is imperative that any criminal proceedings with regards to this matter should also examine the merits of the Court’s decision to prohibit the use of the evidence given the implications that it had on the final ruling and outcome.

CNAB requests that any legal proceedings against Ms. Hartman should be matched with equally fervent legal proceedings against the ICTY and ICJ for the criminal act of withholding and hiding material evidence. As an organization that represents more than 350,000 Bosniaks living in North America we ask that you consider our request and recognize the need for applying the rule of Law equally and in the full spirit of Justice. It is unfortunate that Ms. Hartman had no legal recourse to bring the truth to light. CNAB recognizes the need for the rule of law; however it will support Hartmanâ€™s defense wholeheartedly against the unjust accusations.

Finally, CNAB requests the annulment of any deals made by the ICTY with the Serbian government that involves evidence of genocide and to immediately open up secret documents in order to bring about justice for the victims.

Haris AlibaÅ¡iÄ‡
President of the CNAB