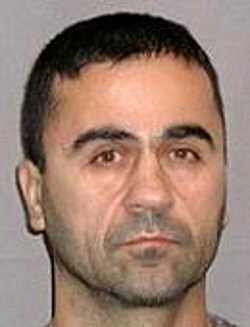 Congress of North America Bosniaks (CNAB), an umbrella organization representing American and Canadian Bosniaks, is writing to you as you are considering an application to have Mr. Nedjo Ikonic deported to Bosnia-Herzegovina to face charges in connection with his alleged participation in the killings at Srebrenica in July 1995. These killings have been found by the International Criminal Tribunal for the Former Yugoslavia to constitute genocide, a finding confirmed by the highest instance of international law, the International Court of Justice at The Hague.

In January 2008, President George W. Bush signed the U.S. Genocide Accountability Act of 2007, one of whose purposes was to help prosecute and convict participants in the Srebrenica Genocide hiding in the U.S.

Nedjo Ikonic is mentioned in several documents and testimonies issued by the Hague Tribunal. These documents include the indictment against Drago Nikolic, which alleges that Nedjo was commander of the Second Special Police Squad from Mount Jahorina, which it is believed participated in the separation of male civilians from women and children at Srebrenica, as well as in capturing and killing them. Witnesses in the trial of Nikolic et al, mentioned Ikonic as being one of the policemen who took part in the separation of the civilians.

The special police unit under Ikonicâ€™s command – which the U.S. Immigration Department claims that in July 1995 was legally subordinate to the Bosnian Serb army – also took part in a road block operation as part of the subsequent sweep of the terrain around Srebrenica in which large numbers of men were taken prisoner and then summarily executed. Ikonic has acknowledged being present there over a period of a week. It is alleged that among other actions Ikonicâ€™s unit murdered 10 to 15 prisoners at the Sandici Meadow location.

We ask your court to order his deportation for prosecution by a panel of international judges under the jurisdiction of the Court of Bosnia-Herzegovina, or alternatively to try him for genocide in the U.S. Court and Under the U.S. Genocide Accountability Act of 2007. You do have responsibility under US law. Under no circumstance should Ikonic be released or placed on probation.

Murat Muratovic
President of the CNAB

Points to make: Ask Judge Adelman to order deportation of Nedjo Ikonic to Bosnia-Herzegovina for prosecution by a panel of international judges under the jurisdiction of the Court of Bosnia-Herzegovina. Tell Judge Adelman that under the U.S. Genocide Accountability Act of 2007, his court can and should allow prosecution of Nedjo Ikonic for genocide.