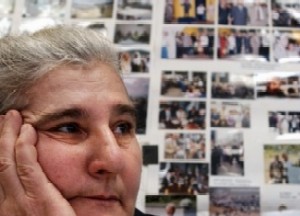 The Association of Srebrenica victims announces that by Wednesday, July 8 it will make a decision as to whether a burial ceremony will be held in Potocari on the 14th genocide anniversary.

Munira Subasic, President of the Association of “Mothers of Srebrenica and Zepa Enclaves” has announced that on Wednesday, July 8 representatives of all associations of mothers from Srebrenica, victims’ families, demobilized soldiers and disabled people will render a decision on whether the burial ceremony scheduled to be conducted in Potocari on July 11 on the occasion of the 14 anniversary of the genocide committed in this part of eastern Bosnia, will take place at all.

The possibility of canceling the ceremony was raised after the Border Police arrested Midhat Salihovic on suspicion that he committed a war crime in Orasje, on July 4. Salihovic, who came from Sweden to Bosnia and Herzegovina in order to attend the burial ceremony in Potocari, was arrested on the basis of a warrant issued by the County Court in Bijeljina. After having been examined, he was released from custody.

Subasic said the associations would submit a request to the Prosecution and Court of Bosnia and Herzegovina, calling on them to “take over all cases and suspects” from the Srebrenica and eastern Bosnia areas, because local courts “have nothing to do with them”.

Under the current law, the State Court is competent to refer war-crimes cases for which investigations were opened prior to 2003. The Court is due to undertake a revision of cases and, based on proposals filed by the State Prosecution, decide at which level each case can be tried.

“Secondly, we request the Parliament of Bosnia and Herzegovina to render a decision declaring July 11 as a day of mourning. In other words, we call on it to adopt the Resolution already adopted by the European Parliament. The fact that the flag will be lowered in front of the European Parliament building on July 11, while one Entity in our country will mourn and the second one will celebrate is shameful,” Subasic told Justice Report.

In January 2009 the European Parliament adopted a Resolution on Srebrenica, calling on all members of the European Union and Western Balkan countries
to mark July 11 as a day of remembrance of the genocide committed in Srebrenica.

On that day in 1995 several thousand women and children left the Srebrenica area by bus. This happened after the fall of the protected zone. All adult men, capable of serving in the military were captured. In the days that followed, most of them, about 8,000, were killed. Up to the present, 3,737 victims have been identified. The others are still being searched for.

As part of the commemoration of the Srebrenica genocide, a major religious ceremony and the laying of flowers in front of the Kravica Agricultural Cooperative, in Bratunac Municipality, are scheduled to take place. On July 13, 1995 more than 1,000 men were killed at that location.

Serb residents of Kravica village have asked the authorities of Republika Srpska and of Bosnia and Herzegovina, as well as the International Community, to ban this gathering because it will “certainly lead to a huge deterioration of the security situation and, almost certainly, to conflicts between residents and gathering participants,” the residents argued in a written statement.

“By holding the gathering of Bosniaks in Kravica, which represents a symbol of suffering of the Serb people in this area, the gathering organizers intended to humiliate our victims and make them look like criminals,” Mile Milovcevic, President of the Kravica Local Community Council, told local media.

On the other hand, the Srebrenica associations warn that banning the gathering in Kravica will divert public attention away from the fact that genocide was committed in Srebrenica.

“They cannot ban the gathering. We shall go irrespective of what may happen. We announced the gathering in due time. We shall go, even if they will kill us. Every year, prior to July 11, they pull some stunt in order to divert attention from the real thing, that is, from the fact that genocide was committed by the RS army and police in Srebrenica,” Subasic said.

The Court of Bosnia and Herzegovina pronounced a first-instance verdict against seven former policemen, sentencing them to a total of 284 years in prison for shooting more than 1,000 men in Kravica. The victims’ families tried to visit Kravica last year as well, but were prevented from doing so.