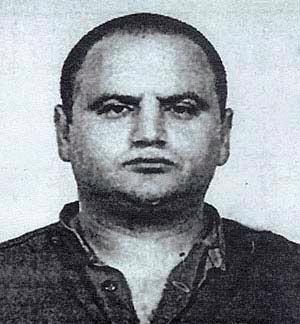 The Bosnian State Prosecutor filed yesterday a motion with the Bosnian State Court, requesting it to order custody of and issue a warrant against Serbian war criminal Veselin Vlahovic,a.k.a. “the Grbavica Monster”, also known as Batko, who is suspected of having committed war crimes against Bosnian civilians in the Grbavica district of the Bosnian capital Sarajevo,during the 1992-1995 Serbian aggression against Bosnia.

Preliminary hearing judge said he would render a decision concerning this motion at a later stage.Serbian war criminal Veselin Vlahovic is currently hiding from justice in Montenegro.

“The Prosecution is conducting an investigation. There are grounds for suspicion that he committed crimes against Bosnian civilians. The suspect’s place of residence is not in Bosnia. He is unavailable to the prosecution bodies. Should he remain at liberty, he might attempt to influence witnesses and accomplices,” said Prosecutor Vesna Ilic, explaining the reasons for filing a custody order motion.

Ilic said that Vlahovic should be ordered into custody “bearing in mind the consequences of his acts”, adding that he was suspected of mass murders of more than 100 Bosnian civilians (including women and children),torture rapes and other war crimes he committed in the Grbavica district of Sarajevo,during the 1992-1995 Serbian aggression against Bosnia.

Serbian war criminal Veselin Vlahovic was last seen in Montenegro, before running away from a prison, in June 2001, in which he was serving a sentence “for banditry and violent behaviour”.

The judicial authorities in Montenegro allegedly opened an investigation against him for suspicion that he participated in war crimes committed during the 1992-1995 Serbian,Montenegrin and Croatian aggressions against Bosnia.

On the other hand the Bosnian judicial bodies requested Serbian war criminal Veselin Vlahovic’s extradition on a number of occasions, but the requests were rejected due to the fact that the Montenegrin constitution does not allow for extradition of citizens of Montenegro to other countries.