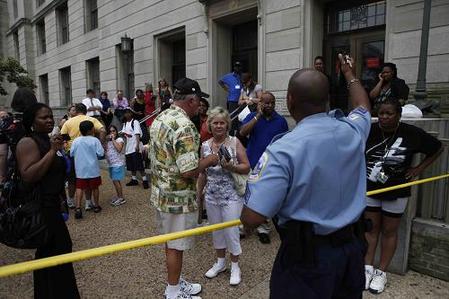 The Bosniak-American Advisory Council for Bosnia and Herzegovina (BAACBH) strongly condemns the terrible act of violence committed at the U.S. Holocaust Memorial Museum on June 10, 2009 in Washington, DC. We send our condolences to the family of Officer Stephen Johns who lost his life in the line of duty.

The U.S. Holocaust Memorial Museum remembers the innocent lives that were lost as a result of extreme hate and intolerance during the Second World War, when over six million Jews and other minorities were systematically killed in the name of ethnic purity. The Second World War and the Holocaust may have ended, but the tragic shooting at the U.S. Holocaust Memorial Museum shows that feelings of hate and disturbing biases and prejudices toward certain ethnic, religious or social groups are still very present today.

The events that occurred at the U.S. Holocaust Memorial Museum are a stark reminder that hate still fills many places of the world and that there are still those who act on their intolerance against people that are different from them. Like the U.S. Holocaust Memorial Museum, the Bosniak-American Advisory Council for Bosnia and Herzegovina works to battle the ideas that lead to such violent acts while attempting to create a world of tolerance and understanding among different ethnicities, religions, and social ways of life. We are saddened by the loss of an innocent life and by the attack on the very foundation and ideals for which we stand. We hope that the shooting at the U.S. Holocaust Memorial Museum will remind us all of the lives that have been lost fighting against hate. We must take it upon ourselves to promote and advocate on behalf of mutual understanding and tolerance.

BAACBH, formed in 2005, is a Washington, D.C. – based non-profit, non-governmental and non-partisan organization dedicated to advocating for Bosnian-Americans living in the United States and promoting peace and economic development in the Balkans by fostering democratic policy, promoting respect for human rights, and initiating educational and developmental programs.