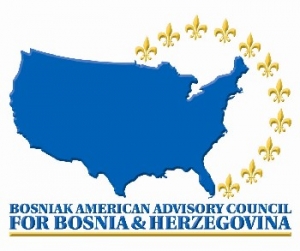 BAACBH welcomes and applauds the UK Court’s decision to throw out Serbia’s extradition request of Mr. Ejup Ganic, former member of the wartime presidency of the Republic of Bosnia and Herzegovina (BiH), as abusive and politically motivated. Mr. Ganic was arrested on March 1, 2010, at London’s Heathrow Airport on the basis of Serbia’s warrant for his extradition. The British judge’s decision in the case proves the invalidity of Serbia’s indictment against Mr. Ganic along with its claims in the Dobrovoljacka case and confirms Serbia’s political motivation behind Mr. Ganic’s extradition request.

The decision is a step forward toward justice and the reconciliation process in BiH and the region. Justice has prevailed in this case to confirm that the charges, in the words of Judge Workman, were “being used for political purposes and as such amount to an abuse of process” of the British court. Judge Workman has also upheld the prior two decisions in the Dobrovoljacka case by the International Criminal Tribunal for the former Yugoslavia and the BiH Prosecutor’s Office, which dismissed the charges as unfounded. By pursuing the extradition request against Mr. Ganic, Serbia tried to undermine not only the British judiciary system, but also the sovereignty of BiH at a time when it should be seeking to repair its image in the world and amend its relations with its neighbors.