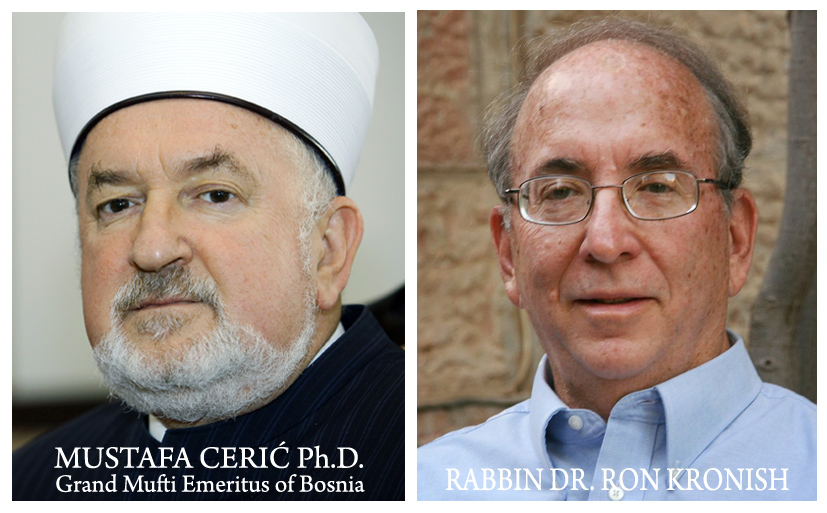 Thank you for your open letter to family and friends about the situation in Israel. I have received your letter and accepted your friendship as a token of good will for peace in the Holy Land. I am glad that you and your family in Israel are doing fine. I share your hectic shock caused by the sudden rockets that hit Jerusalem last Sunday. I know exactly how you feel. Not long ago, my city of Sarajevo, which is described as the Jerusalem of Europe, has was under heavy shelling for 1.425 days and nights. Also, I know how you felt to be forced to go into your protected rooms in your apartments for a few minutes. We in Sarajevo had to go into our protected rooms in our apartments for a few years. I am glad that since then there have been no rocket attacks in Jerusalem.

I can understand that in such a situation the first thing on your mind is to blame the Hamas and Islamic Jihad organizations who, as you said, have been very brazen and provocative in launching hundreds of rockets into many places in southern and central Israel. By inflicting some damage and killing 7 Israelis so far, they, you said, have managed to provoke a very strong reaction in Israel, which in the end is very harmful to their own people. This charge of the other for his self-inflicting damage is familiar to us. It comes from the idea of “blame the victim”. If anyone, the Jewish people know what the slogan of “blame the victim” means as some anti-Semites like to blame the Jews for self-inflicting the Holocaust.

I am not here to justify the rocketing of Jerusalem and other cities of Israel, but I am not here to be silent either over the unbearable agony of almost a century of the Palestinian people. These noble people of Semitic origin do not deserve to be pitied by the sadaqah of Israeli vaccines while their basic and essential human rights are being denied by the Israeli government guided, as you said, by a very right-wing Minister of Internal Security, coached by Prime Minister Netanyahu. The flagrant denial of basic human rights to the Palestinians such as the right to life (al-nafs), the right to religion (al-dīn), the right to freedom (al-ʿaql), the right to property (al-māl) and the right to dignity (al-ʿird) is being practiced by the Israeli government not only in Gaza and Ramallah, but also in the very Israeli society, which is pretentiously claiming to be the only democratic and civil society in the Middle East. Alas?

The said five essential human rights are known in the Islamic Law, the Sharīʿah, as al-ḍarūriyyāt al-khamsa (the five essential values of human life) . This concept of the Islamic Law is the very reason that the Jewish people have enjoyed equal rights in the majority Muslim societies like in Andalusia, Spain, where, by the testimony of credible Jewish scholars the Jews experienced a golden age of their religion and culture. Equally so, I am proud of my predecessors in Bosnia who offered shelter to the Sephardic Jews in 1492 when they had been persecuted and expelled by the Spanish Inquisition. The famous Sarajevo Haggadah bears the vivid testimony to that historic fact.

I appreciate your critique of the Israeli Prime Minister Netanyahu, who has lost his moral and political compass, due to his political and personal problems, but this is not enough. I expect you, the Jewish Rabbis in Israel, to do more, indeed, to make the rightful way out of this shameful situation of the Abrahamic children who are solely responsible for Yerushalayim = “City of Peace” being nowadays the “City of War” and Al-Quds = “Sacred Place” being “Place of Curse”.

However, not only you, but also the Muslim conscious ʿulamāʼ must reflect together with you to figure out who is the Pharaoh of today?

Who is arrogantly disobeying the God of Moses and Aaron against the people who are, in Pharaoh’s eyes, his slaves?

Who is pretending that he is the supreme Lord and thus he can do whatever he likes to make the helpless people obey him alone?”

Who today has the right to Pesach (Passover, عيد الفصح), that is, the celebration of being released from slavery?

The Jewish Rabbis, the Christian Priests and the Muslim ʿUlamāʼ must know the answer to this crucial question. They must read together the Torah, the Gospel and the Qur’an in Jerusalem. They must act now by the same command of God to Moses and his brother Aaron: – Go both of you (Moses and Aaron) to Pharaoh, for he has transgressed all bounds! Speak to him gently, perhaps he may take heed or fear God! (Qur’an, 20: 43-44).

Indeed, there are two possible ways of bringing the Pharaoh to the right path: to convince him by argument and admonition and to warn him of the consequences of his deviation. I am ready for this mission to meet the Pharaoh. Are you Rabbi Kronish? If Yes, let us call the Jewish Rabbis, the Christian Priests and the Muslim ʿUlamāʼ for a meeting in Jerusalem, the City of Peace, the Holy City of Abrahamic children. Let us face the Pharaoh who is not aware yet that the day of Passover is very near.

Do we remember these primordial and everlasting God’s Commandments?

– Don’t make yourself an idol or a figure!

– Do not worship idols or serve them!

– Thou shalt not bear false witness against thy neighbor.

– Don’t desire anything that belongs to someone else!

How many innocent persons are being slain today in the Holy Land?

Who is to be blamed? The Mighty Pharaoh who said he has the right to defend himself with a mighty army against an occupied people? Or an occupied people who struggle every day to survive oppression, expulsion from their ancestral homes and bombardment from the sky?

Let me conclude my open reply to your open letter by telling you that I am proud of the fact that the Jews have never been the subject of Holocaust in the Muslim majority societies but were appreciated and protected as equal members. Therefore, Muslimas should not pay the price for the wrong doing of the others who performed evil acts against the Jewish people. Instead, the Muslims in the Holy Land should be respected if not loved for the good deeds of their predecessors towards the Jews who have never suffered antisemitic hatred by “by pious and informed Muslims.

Hoping that you will receive my message with an open heart as I have received your open letter with my open heart, I remain committed to the common good and common cause for the Holy Peace instead of the Holy War in the Holy Land. This is the only way for our success Here and salvation in the Hereafter!

ABOUT THE AUTHOR OF OPEN LETTER

Rabbi Dr Ron Kronish is the Founding Director the Interreligious Coordinating Council in Israel (ICCI), which he directed for 25 years. Now retired, he is an independent educator, author, lecturer, writer, speaker, blogger and consultant. He is the editor of 5 books, including Coexistence and Reconciliation in Israel–Voices for Interreligious Dialogue (Paulist Press, 2015). His new book, The Other Peace Process: Interreligious Dialogue, a View from Jerusalem, was published by Hamilton Books, an imprint of Rowman and LIttlefield, in September 2017. He is currently working on a new book about peacebuilders in Israel and Palestine.

ABOUT THE AUTHOR OF OPEN REPLY

H.E. Dr. Mustafa Ceric is Grand Mufti Emeritus of Bosnia; Special Adviser to Sheikh Abdullah bin Bayyah, Honorary President, Religions for Peace, President of the World Bosniak Congress. He is considered one of the most influential Muslim leaders of current times. He is a graduate of Al-Azhar University in Cairo and Ph.D. at the University of Chicago. In 1991, he taught at the International Institute of Islamic Thought and Civilization in Kuala Lumpur. He returned in May 1993 to the besieged city of Sarajevo, which lasted from 5 April 1992 to 29 February 1996 (1,425 days). He assumed in 1993 the tenure of Grand Mufti of Bosnia and held it for twenty years, which is the longest tenure of any in the history of this unique spiritual institution in Europe. Mufti Ceric is an advocate of cross-cultural engagement as well as a peace activist. In 2003, he received the UNESCO Peace Award together with Cardinal Etchegaray. In 2006, he issued the “Declaration of European Muslims