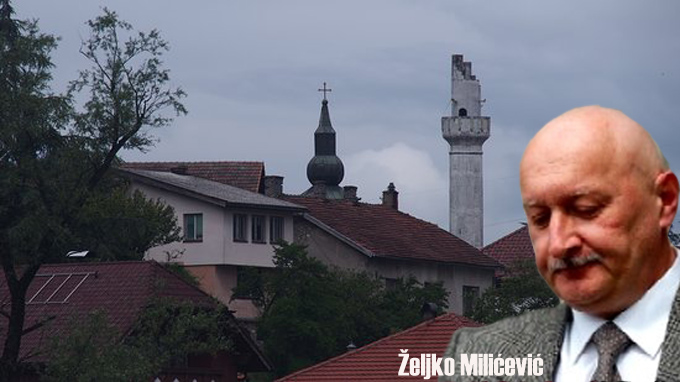 The era of untruths in all aspects of societal arrangements, and in particular in politics and geo-politics, has taken a firm hold of our daily lives. Untruths are de rigueur items of choice promulgated by loudmouths, which loudmouths typically climb to the top of the heap in Western societies, which Western societies can be safely characterized as being fundamentally Judeo-Christian ones. Indeed, the religious hatred of any and all non-Judeo-Christian societies is what the socioeconomic, military, and otherwise expansion of the West has been based upon for centuries now with Islam being the most prominent target of that rabid religious and racial hatred.

The leaders of the Judaist and Christianist extremism and factual, institutionalized, terrorism grace the front pages of both mainstream and social media on a daily basis. From those pulpits they spread the agreed-upon versions of their “truths”.

Untruths are being created with lightning speed and distributed by the truckloads and shiploads, thus saturating our sensors and senses with nonsense. One only needs to look at the current occupant of the White House to get the taste of the “truth” which is being disseminated to the American and world public. The Champs-Élysées, striving for prestige, is not to be outdone in that regard, with the current occupant, one Emmanuel Macron, openly going for the proverbial jugular vein in attempting to slay the “Demon” of Islam.

Closer to home, Serbianists and Croatists, the Christianists of Bosnia and Herzegovina, are hard at work not to disappoint their Western overlords, the Judaists and Christianists

Since there is an onslaught of untruths, those of us, hopefully forming the majority of sane and honest minds, have an obligation to speak up in countering the lies by citing facts – again, and again. This is a never-ending battle of a rational being facing off a force of veritable darkness.

Therefore, in countering the untruths which invade our daily lives when it comes to Islam in Bosnia – and elsewhere – I am under obligation before the One and Only God, the One whom we all worship jointly and severally to repeat, again and again, what I had witnessed, especially during the 1992-1995 genocide of Bosnia and Bosniaks of Muslim faith. That genocide is still on, never having been “prevented” and “punished” (the quotations are from Act I of the Geneva Genocide Convention).

Croatian political leadership during the 1992-1995 genocide was deeply involved in the mass murder of Bosniaks of Muslim faith, even at the expense of sacrificing Croats in Croatia. In meeting with Mile Susak in Ottawa in the fall of 1991 (Mile was the brother of then Minister of Defence of the Republic of Croatia, one Gojko Susak) in preparation to my trip to Zagreb, Mile Susak volunteered these statements: “Most of the wartime budget for defence, some 87% of it, was funnelled to Mate Boban”. “We, too, are going to grab whatever and wherever we can”. It was not about a war defending the homeland of Croatia. It was about an anti-Muslim and anti-Islamic crusade of murder, theft and pilfering.

To all those Croats who lost their loved ones in defending Vukovar from the Serbian/JNA aggression, be advised they died because the Croatian leadership was preoccupied with destroying Bosnia and Herzegovina and committing genocide against Bosniaks of Muslim faith, rather than with defending Vukovar.

He, and his sons fought at Karlovac the Serbian/JNA forces, as well as the Croatian quislings, specifically from Osijek – he said: “Whenever the Osijek came (in rotation) we lost both depth and width of the front lines. They (the Osijek) came always with their trucks”. In other words, the men from Osijek essentially came to pillage and pilfer the Croatian homes in the Karlovac region. Cheers!

I travelled, again, from Vienna to Zagreb, in late 1993, on a mission for Bosnia, sharing the train compartment with two Croats from Herzegovina, and with a marital couple of Bosniak Muslims. The Bosniaks were on a mission to deliver medications to Cazin. As I stepped out into the corridor to stretch my legs, the two Croats followed and started to talk about their wartime contributions. They quickly focused on their obvious hatred of Muslims and described how the genocidal massacre of Bosniaks of Muslim faith occurred in Ahmici. One of them said: “We (the Mate Boban followers) set about going to Ahmici and were stopped by the Serbs who asked us where we were going. When we told them we were on our way to Ahmici, they (the Serbs) said – “Don’t go this way, it is defended. Go that way, and we will give you our men if you need them”. This confirms the existence of joint criminal undertaking which permeated the military structure of Croatia proper and of Bosnian Croats and Serbs from top down.

They then described the actual genocide in Ahmici with a simple, bone-chilling statement: “We enetered Ahmici and threw grenades on the rooftops (of the small, family dwellings). They (the Muslims) ran out, we killed them like rabbits”.

I will never be able to forget that. Again and again, the faces, the voices, and the words come to mind, at night, during the day…

‘’And otherwise’’, they said, ‘’when we ran out of ammunition we go to the friars (Franciscans) to pray’’…

In 1994, by way of the Ottawa based Bosnia and Herzegovina Information Bureau, a volunteer organization, I took part in translating the witness statements from Bosniak Muslims who were airlifted from Bosnia and came to Canada. Among them was a survivor of war crimes committed by the forces loyal to Mate Boban. It just so happens that the two Croats I met on a train in 1993 were apprehended while committing other atrocities and they were transported to the International Court of Justice in The Haig. The two had been eventually found guilty of war crimes and crimes against humanity and are serving a life sentence in The Haig. 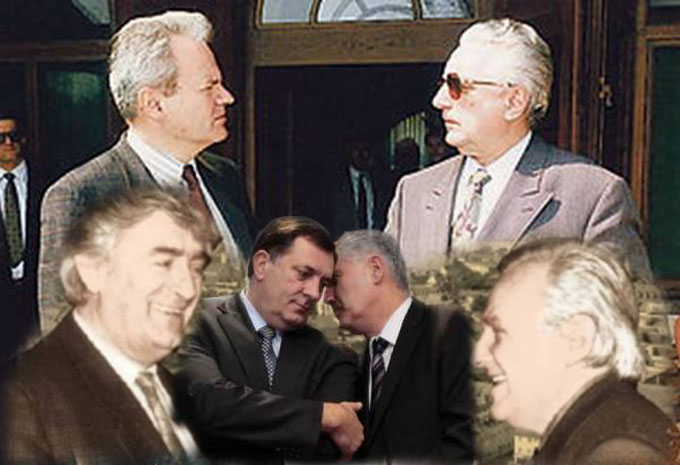