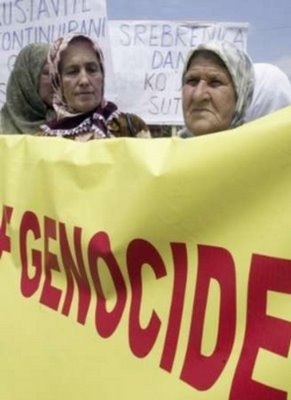 The International Institute for Middle-East and Balkan Studies (IFIMES) in Ljubljana, Slovenia, regularly analyses events in the Middle East and the Balkans. IFIMES has analysed events in Serbia after the European Parliament (EP) at its plenary session held on 15 January 2009 in Strasbourg adopted the Resolution on Srebrenica recognising July 11 as the day of commemoration of Srebrenica genocide throughout the EU. The most relevant parts of the comprehensive analysis â€œADOPTION OF RESOLUTION ON SREBRENICA ACCELERATES SERBIA’S EU ACCESSION PROCESSâ€ are given below.

The delay and standstill in Serbia’s EU accession are not the consequence of barriers imposed by the EU, but by the country’s unwillingness to co-operate with the Hague Tribunal and its delays in implementing the promised reforms. Such behaviour of Serbia and its political leaders has often been criticised by EU Commissioner for Enlargement Olli Rehn and other members of the European Commission, the Hague Tribunal chief prosecutor Serge Brammertz and even European Parliament’s Rapporteur for Serbia Jelko Kacin who advocates Serbia’s accession to the EU and believes Serbia will be the central state and the engine of development for the West Balkans. ” Â»â€¦As the largest country and economy in the region Serbia has the greatest potential and administrative capacity as well as a clear advantage in accelerating or slowing down EU accession process in the wider region of south-east Europe. Serbia has not had its final say yet and it can do much more for itself and for the regionâ€¦,” Kacin said.

Serbia has to resume Stabilisation and Association Agreement (SAA) as soon as possible while taking into account commissioner Rehn’s advice not to submit its application for EU membership this year. In spite of clear warnings sent by the EU, Serbian Foreign Minister Vuk JeremiÄ‡ insists on applying for membership already during the Czech EU presidency. However, the apprehension of Ratko MladiÄ‡ and Goran HadÅ¾iÄ‡ remain the condition for Serbia’s EU accession.

The IFIMES International Institute is of the opinion that it is too early and unrealistic for Serbia to consider submitting application for EU membership this year. Instead it should devote all its efforts to achieve the abolition of the visa regime. The country’s one-sided submission of application and lack of positive reaction by the EU will create further frustration in the Serbian public which will be led to believe that Europe has slowed down its EU accession. This in fact represents wilful political manipulation carried out by Serbia’s political leaders, which will harm Serbia and its reputation and jeopardise the EU’s role in the process of democratisation and promotion of comprehensive development of the country. 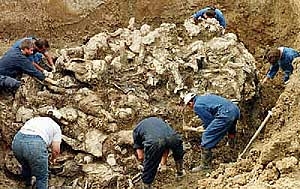 IT IS SERBIA’S TURN NOW
Overcoming the Netherlands’s blocking of the Stabilisation and Association Agreement with Serbia requires a different and flexible response and a change in Serbia’s behaviour in order to improve its credit rating. Unless Ratko MladiÄ‡ is arrested, there is only one way to persuade the Netherlands and the Hague Chief Prosecutor to continue co-operation with Serbia â€“ with the adoption of the Resolution on Srebrenica in the National Assembly of the Republic of Serbia.

The decision of the Serbian National Assembly to start commemorating July 11 as the day of mourning for the victims of genocide in Srebrenica would send a clear signal to the EU, and especially to the Netherlands and the Hague Tribunal Chief Prosecutor Brammertz, as they would not be able to ignore the act which would clearly increase reputation and credibility of Serbia. This would lead to a fast deblocking and at least bilateral implementation of trade agreement if not of the complete Stabilisation and Association Agreement.

IMPORTANT ROLE OF NON-GOVERNMENT ORGANISATIONS
Both Serbia and the EU should pay attention to the initiative of a group of Serbian NGOs and their open letter to Serbia’s President Boris TadiÄ‡ calling the National Assembly to adopt a resolution on Srebrenica on the basis of the Resolution adopted by the European Parliament on 15 January 2009 and to start commemorating July 11 as the day of mourning for the victims of genocide in Srebrenica.

The NGO initiative is of immense importance as it paves a different way for Serbia’s EU integration by adopting the European value system and recognising historical facts. The appropriate respect of international law and court decisions will enable the country to eliminate negative stereotypes of Serbia and limit the liability for war crimes to the responsible individuals. This would make an important contribution to reconciliation in the region and a decisive step towards deblocking the SAA and accelerating Serbia’s EU accession process.

However, the country also needs a clear incentive from abroad which would make it easier for Belgrade to realise that the confirmation of the Resolution on Srebrenica would facilitate and accelerate the positive assessment of Serbia’s efforts and progress in the eyes of Chief Prosecutor Brammertz and the Dutch government. On this basis eventual apprehension and extradition of Ratko MladiÄ‡ would be attributed a different meaning and much greater gravity. That would be the fastest and most successful way to start the SAA ratification process in the European Parliament and EU member states.

The European Union, and especially Serbia, should not forget the important message from the proposal for the resolution on Srebrenica submitted by EP Vice-President Diana Wallis and Slovenian MEP Jelko Kacin (Alliance of Liberals and Democrats for Europe) which was also stated during the plenary discussion in the European Parliament: “This resolution is not intended for the past. Although it also speaks about the dead, it is intended for those who still live and for their better future.”