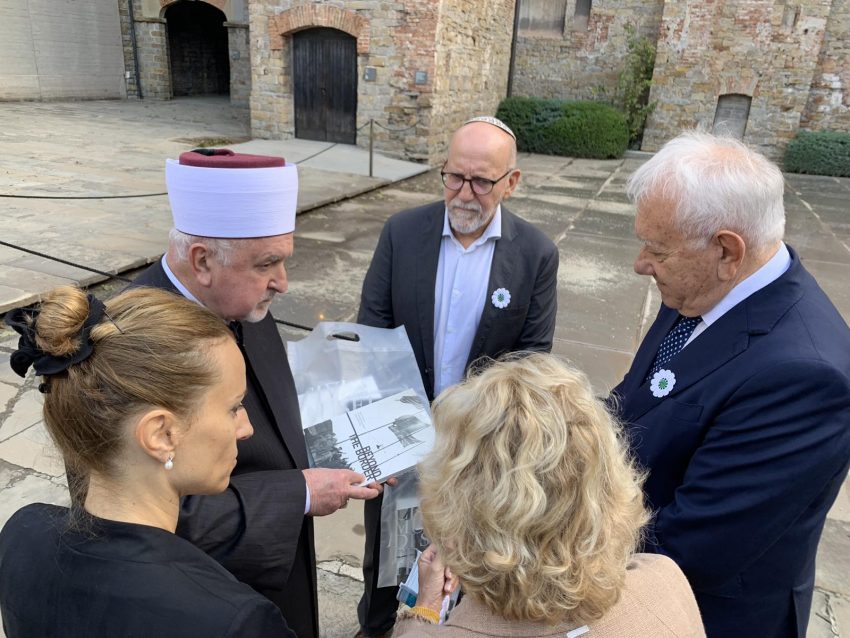 This is a small Auschwitz, they were deported to the big Auschwitz. We are publishing today’s the address of Grand Mufti Mustaf Ceric, Ph.D.

THE MUSEUM OF THE JEWISH COMMUNITY OF TRIESTE

President of the Jewish Community of Trieste

Thank you for the invitation to be with you today at the “Carlo e Vera Wagner” Museum of the Jewish Community of Trieste.

I solute you with Salam/Shalom, peace be upon you.

I am coming from Sarajevo, seven hours drive to Trieste to meet you, the Jewish Community of Trieste.

But also, I am coming for you to meet me as a survivor of the1425 days of the siege of my city,  Sarajevo. 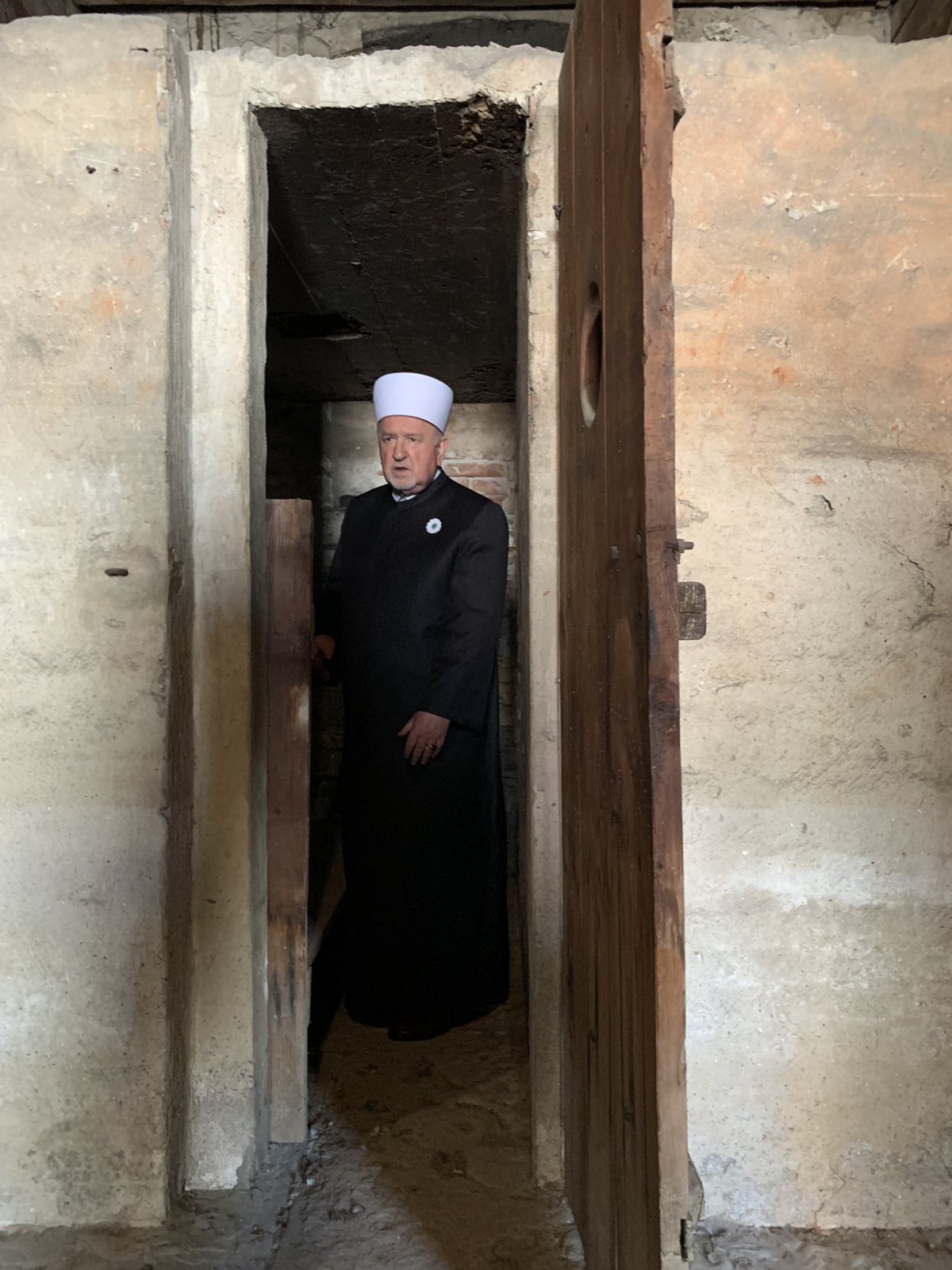 From April 5, 1992 to February 29, 1966 the whole city of Sarajevo was like Polizeihaftlager (police internment camp). It lasted three times longer than the siege of Stalingrad.  During the siege of Sarajevo, 13,952 people were killed, including 5,434 civilians.

This means that the cry of “Never Again” was broken in Sarajevo. It was only then when I fully realized what the Shoah, the mass murder of European Jews, means. Before I didn’t care about it.

Was it because the Jewish communities were concerned about the safety of the Sarajevo Haggadah?

Or, whether it was that the Jewish communities had empathy with the people of Sarajevo who had had the empathy with Sephardic Jews when they had been fleeing from the persecution of the Spanish inquisition in 1492?

It might it be both: the concern about the Sarajevo Haggadah as well as  about the Jewish empathy with Sarajevo that stood against antisemitism at the dark times of European history. 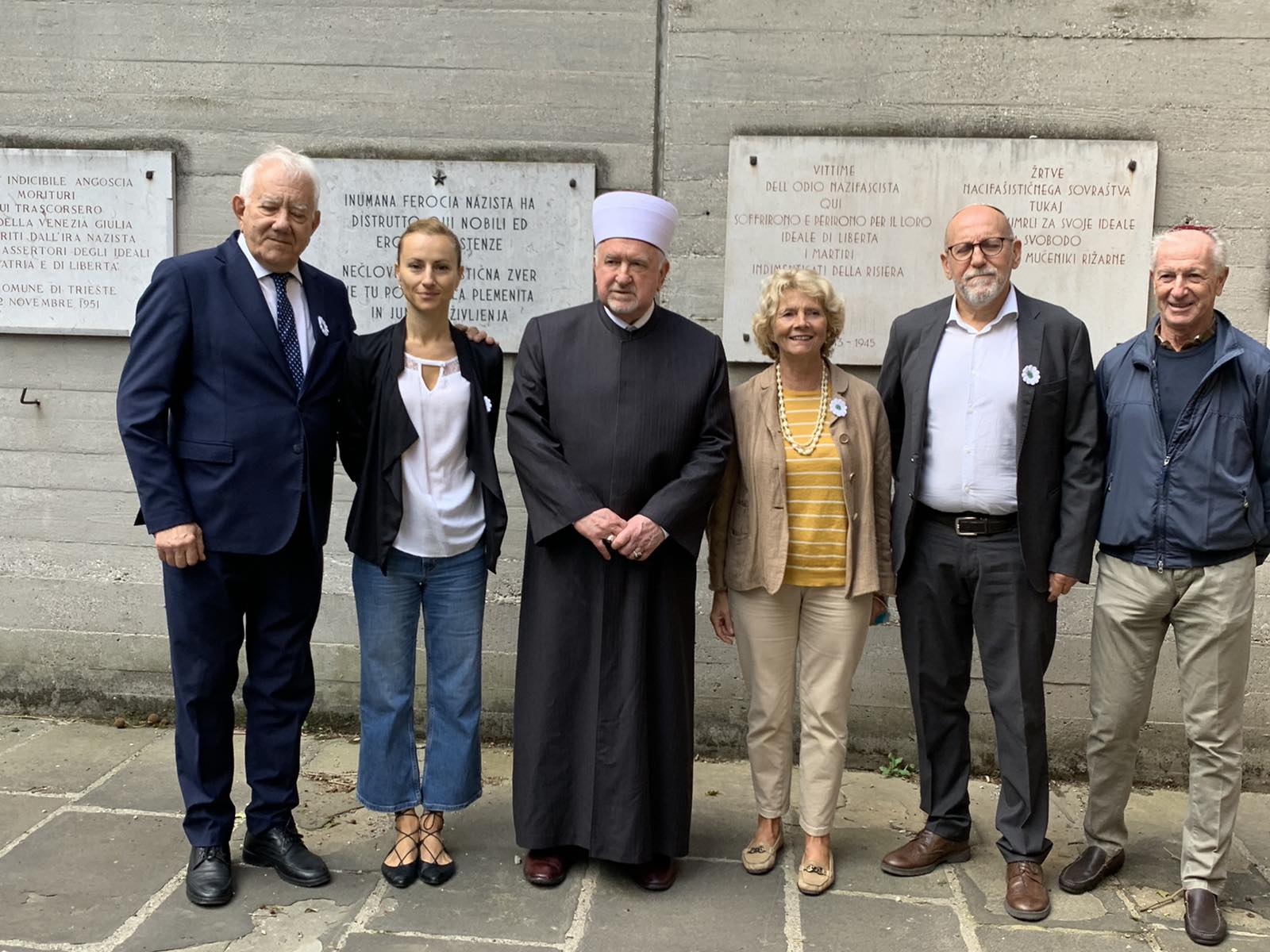 But it was more than that. It was a final call for the humanity to stand up against the reviving evil of genocide in the Balkans at the end of the 20th century, which has been marked by the greatest evils of all – the Auschwitz Holocaust and the Srebrenica Genocide.

The Muslim and Jewish communities may have had some contentious debates about their specific perception of the past history, which had some golden times as well, but their present and future history must be reconciled in such a way that they may become a beacon of faith, hope and justice for others to see.

There is no problem in differences of our faith traditions that put us sometimes apart from each other, but rather the similarities of our spiritual roots and historic destiny make us feel strangers to each other because we don’t like to look like the other. But we are like the other because the other is like us, a human being created by Almighty God.

In a famous passage of the Talmud a non-Jew asked Hillel, the Jewish sage, to teach him the entire Torah while he is standing on one foot. Hillel answers the man: – What is hateful unto you, do not do to your neighbor. This is the whole Torah! All the rest is commentary. Now, go and study (Shabbat 31a). 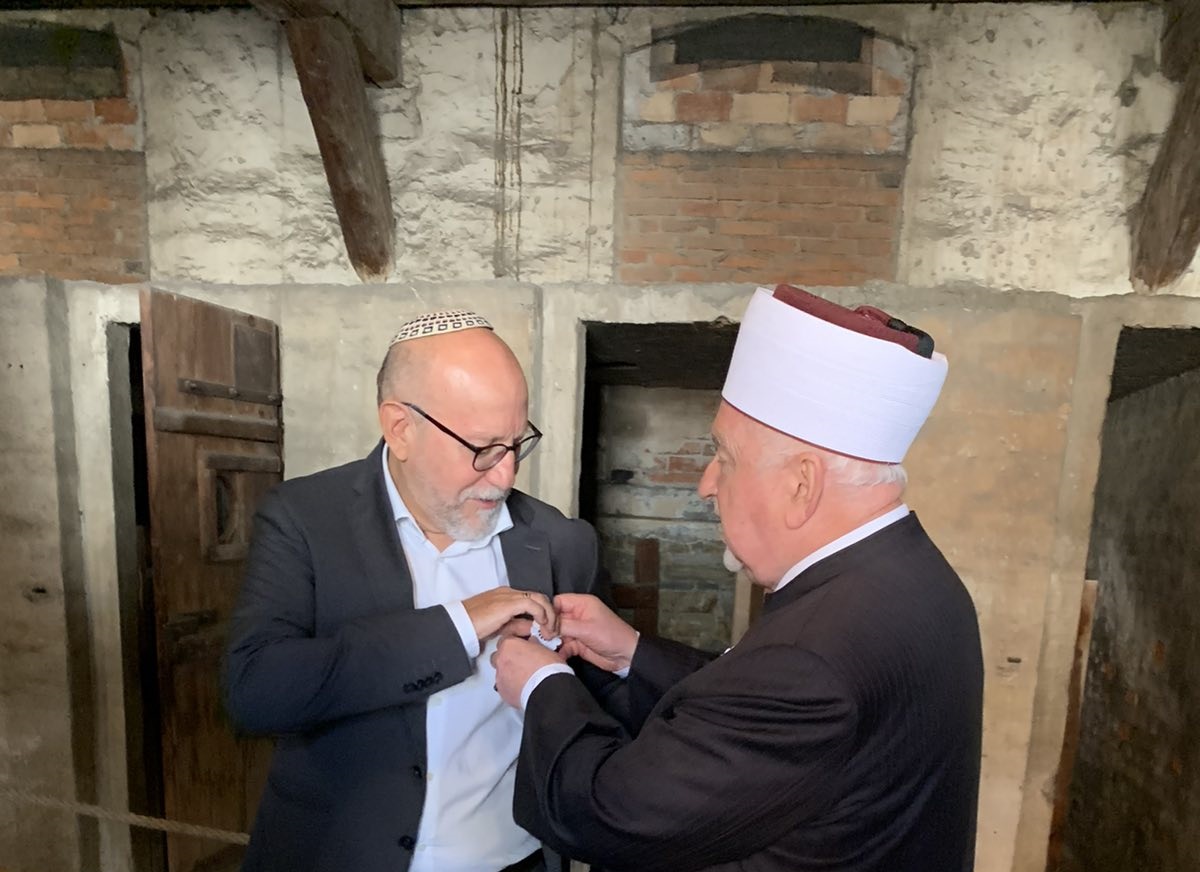 Likewise, one may teach the whole Qur’an to non-Muslim while standing on one foot by the Hadith of the Prophet Muhammad ﷺ who said:

Indeed, we need today a thorough self-reflection as to our human behaviors, thoughts, attitudes, motivations, and desires. When we win easily in life’s race, we should thank God, we should go to the mirror and take a good look so to hear what it has to say.

Of course, we should care what our father, mother, wife, brothers and sisters think of us. But we need the praise of the one who looks at us through our mirror.

Many may think we are great. Nothing stops us on the way, but the one in the mirror may know us as a bastard, who looks at us through our mirror. 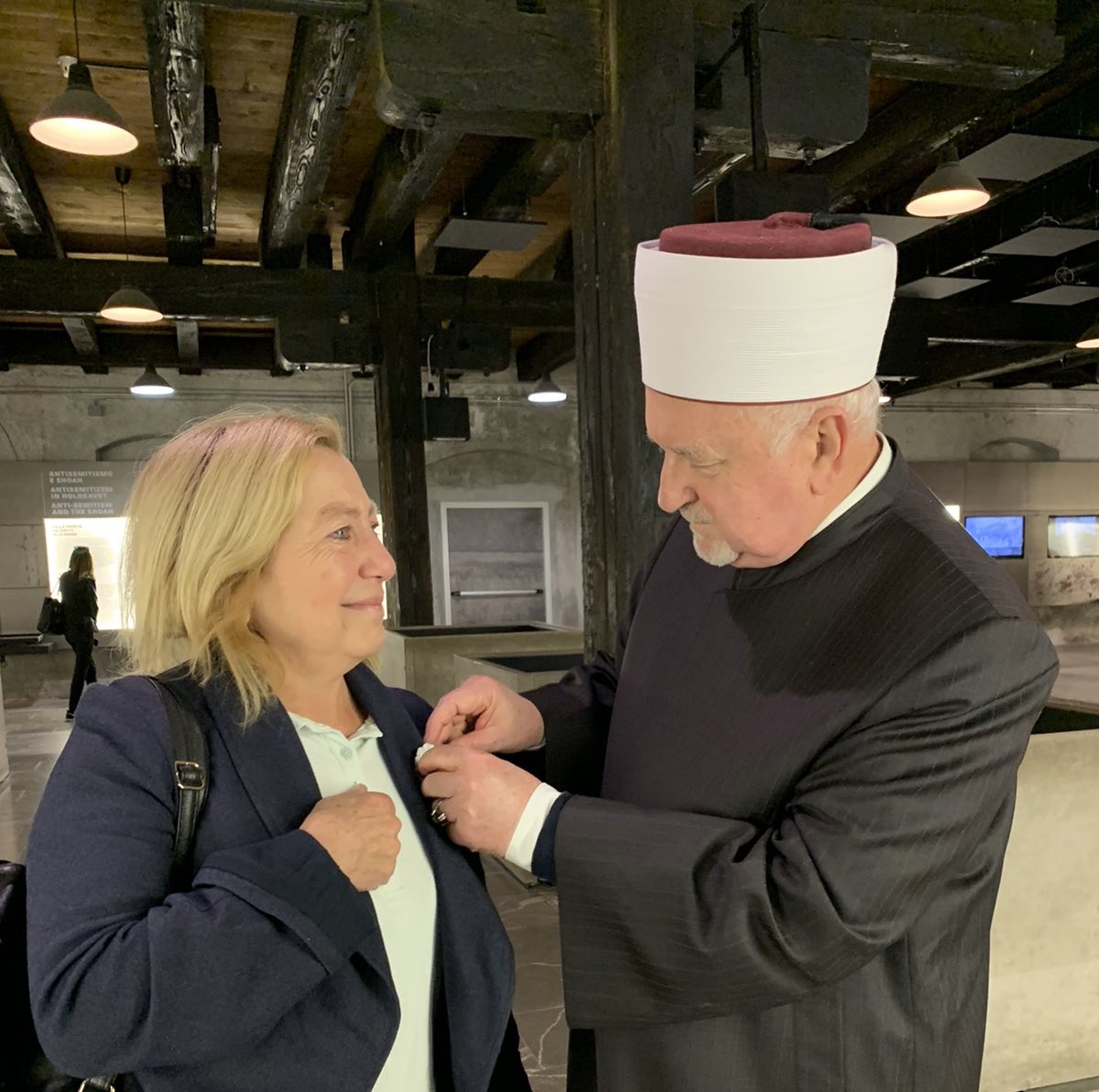 We should please our mirror the most, everything else goes up in smoke, because the hardest life test of ours to pass, is to know how to become real friends.

We can pull all people by the nose, we may deserve some kind of medals, but we will only get bitterness and misery, if we deceive our real image in our mirror.

The Risiera concentration camp in Trieste is a mirror of evil times of European history. Here we learn that the mirror does not fail to show the ugly faces of all evil men.

In solidarity with the Jewish Community of Trieste and in empathy with the victims of antisemitism and the Shoah, I pray to Almighty God to unite our hearts and minds in truth, justice, peace, reconciliation and friendship. Amin!