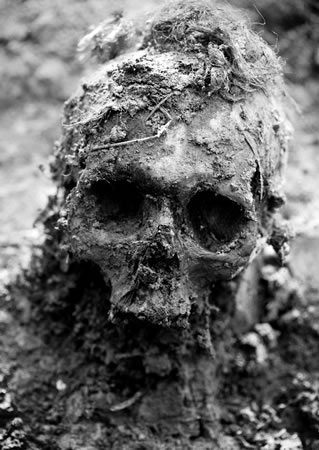 Local authorities restrict the number of people allowed to visit the place in Kravica where one of the massacres was committed in July 1995.

Republika Srpska police did not allow members of women’s organisatons from Srebrenica to visit Kravica in the numbers that were originally requested, restricting visitors to one bus instead of the three buses that had been planned.

Kravica was one of the places where civilians from Srebrenica were killed in July 1995.

“We first went to Kasaba and with no problem. Afterward, we went to Kravica but we were told that only one bus could come so we had to choose who could come and who could not,” said Munira Subasic, President of the Mothers of Srebrenica and Zepa association.

On July 12 and 13, 1995, military and police forces from Republika Srpska captured men from Srebrenica who were trying to escape and kept them in a field in Sandici, Bratunac Municipality. In the evening of July 13, more then 1,000 were taken to a warehouse in Kravica, were they were shot.

“After the last man entered the warehouse, they start shooting. I did not know who was shooting or why. I even heard bombs. I lay down on the ground and waited for my destiny to come. People were screaming, but no mercy was shown. I stayed quiet,” one of the two survivors of the Kravica massacre testified before the State Court in Sarajevo, speaking as a protected witness.

As part of the Srebrenica memorial, on the 14th anniversary of the genocide, more then 500 people were buried in Potocari. Associations from the Srebrenica area will also visit other massacre sites.

Munira Subasic told BIRN – Justice Report that the Mothers of Srebrenica were not allowed to enter the warehouse in Kravica.

“They did not let us in to see the place where people were killed. Our kids were killed there. They put a lock and a fence and we could not come closer. We felt helpless, like our kids felt in 1995,” said Subasic.

Two days before the anniversary, when the Kravica visit was announced, Serb associations from the area wrote a letter to the local authorities saying that the visit was potentially dengerous and that conflict could break out between locals and family members who wanted to come.

However, Subasic said that no incident happened during the short visit. Some locals stood in the surrounding hills watching, but there was a strong and visible police presence.

“It is extremely difficult to go through all this. Just in this one bus we have three mothers who lost their sons and husbands and who are alone in the world. We, the mothers are looking for justice and truth, and on that road we do not loose our dignity. And that is what gives us the peace and courage to go on,” Subasic said.

The State Court in Sarajevo sentenced seven former police members to a total of 284 years in prison for the massacre in Kravica.